The Cap Roig Festival experienced an intense Latin party last night thanks to the Colombian singer and composer Camilo, who with his contagious rhythm and the catchy lyrics of his songs made the public dance from the first moment. 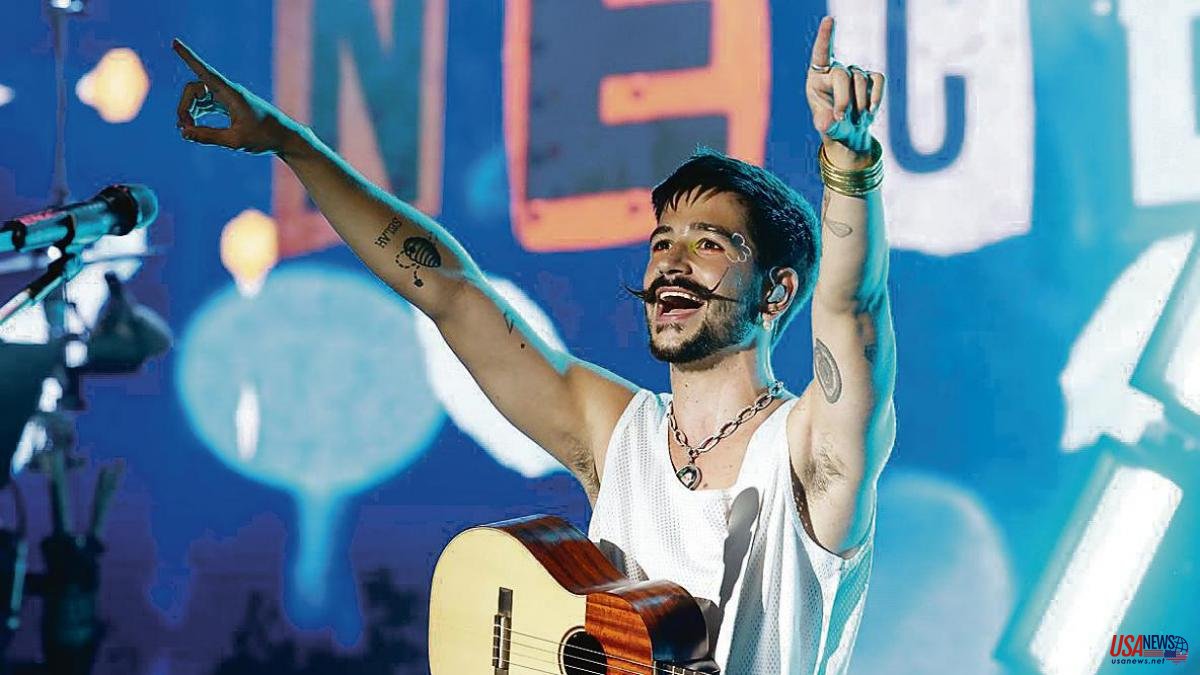 The Cap Roig Festival experienced an intense Latin party last night thanks to the Colombian singer and composer Camilo, who with his contagious rhythm and the catchy lyrics of his songs made the public dance from the first moment. Camilo's performance marked the second wave of the landing of the new and vibrant Colombian pop at the Calella de Palafrugell event, and while waiting for what Morat does on August 14 (at the moment, tickets are already sold out), the first two assaults have been settled with resounding successes.

Sebastián Yatra triumphed, and in what way, at the opening of the festival, and Camilo did it last night, who knew how to transmit from the stage the same naturalness and good vibes that characterize his usual appearances on social networks, and the video clips of his songs, that have contributed significantly to his popularity, despite the fact that his first solo album dates from 2020.

Accompanied by a group of musicians who knew how to communicate intensity and rhythm above all, but also sensitivity and sweetness when appropriate, and with the support of images projected on a screen, Camilo reviewed for nearly two hours some of the best songs of his career. While preparing a new album, De Inside Pa' Outside , from which he also previewed some songs and which he intends to publish this year, he recalled his previous works, For the First Time (2020) and My Hands , the 2021 album for which He won four Latin Grammy Awards.

Thus, on the grounds of the Cap Roig Festival, songs as popular as Kesi … were sung by the most faithful followers of Camilo, who spreads, like his songs, optimism, desire to live and happiness. His sentimental lyrics but with a warm rhythm have made him, despite a not too long career, one of the most popular artists of the moment, to which his intelligent use of social networks and a special ability when it comes to create video clips, like the one for the song Pegao.

Camilo also seeks the complicity of his fans by sharing details of his private life with them, and that is why another of the high points of the night occurred, in the encores, when he performed Índigo, the song he has dedicated to the daughter he had in April with the Venezuelan actress and singer Evaluna Montaner and who sang with his partner on the stage of Cap Roig. Together they also sang For the first time and Machu Picchu. With his bohemian appearance, his characteristic mustache, his apparent carelessness and his contagious enthusiasm, Camilo seeks (and finds) closeness with his followers, to whom he dedicates many comments from the stage during the entire recital. “Molen molt”, he said referring to the public, assuring that it was all he knew in Catalan and promising that on his next visit he would have learned more.

At the end, a gala ovation for Camilo and the second resounding success of the new Colombian pop in Cap Roig; next Sunday, with Morat, third and final assault. At least for this summer.