Last trial with defeat for Nadal before Wimbledon 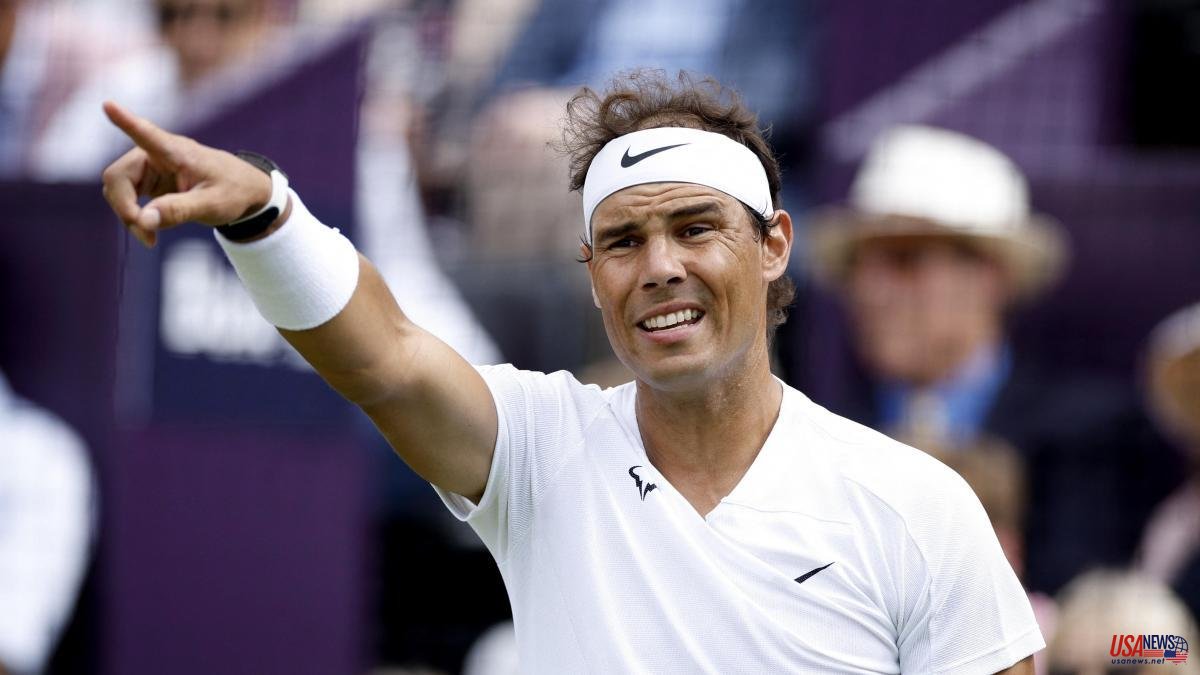 Last level trial completed before Wimbledon begins. Rafael Nadal closed his minitour on grass with defeat in a very familiar atmosphere. And not only because he played his second match at the Hurlingham Club in three days in front of a reduced number of spectators, something difficult to see when the Spaniard is on court. His rival was Felix Auger-Aliassime, a pupil of his uncle Toni, with whom he already had a few weeks ago at Roland Garros. Then the Canadian took him to the limit: five sets in almost four and a half hours, forcing him to come back.

On a small scale, this Friday Auger-Aliassime rewrote the script in the exhibition tournament that is being played these days at the luxurious London club, located in the wealthy neighborhood of Fulham. The promising tennis player, increasingly a reality, (21 years old, number 9 in the world) prevailed in the supertie-break to tie the tie in an even match (7-6(6), 3-6 and 10-3). Although the result was the least.

The most satisfying thing for Nadal in these two matches - he won the first against Wawrinka - has been feeling competitive, without news of his left foot after the treatment he underwent as soon as he bit the Roland Garros trophy for the fourteenth time. For now he plays without apparent discomfort, although it will be in the competition's demands when he will put to the most test what has been his Achilles heel throughout his career.

Equality prevailed on the pristine green track, as the scoreboard reflects. On an afternoon with constant gusts of wind and with not much more at stake than the set-up of both tennis players, it was difficult to see long points. As a general rule, this is what happens on this surface, but the context also had to be seen. It was still an exhibition match.

The first set did not leave room for any break situation. Both Nadal and Auger-Aliassime were solid on serve, especially the latter, hitting 17 aces in total. The closest the Balearic was was in the ninth game, with a 15-30 and 5-4 in favor. His opponent resolved the situation and soon after, in a hard-fought tie-break, he took the cat to the water. An inopportune double fault, at 6-6, put the sleeve on a plate.

In the second Nadal seemed to take another step, who broke in the fifth game and had no trouble keeping his serve and winning the second set. That ascending line was twisted in the final super tie-break, with massive backhand errors that took him too far from victory.

It is only his second match on grass in three years, when he lost in the Wimbledon semifinals to Roger Federer. It is a surface where the ball does not bounce, but rather slides. The positive part is that the foot advances well, as Marc López was in charge of remembering after the morning training.

"This surface does not forgive you anything, everything happens very quickly. We are training with people who serve very well. At the moment, everything is positive. The issue of the foot, which was always the most worrying thing, is going well. We have to finish adjusting training, the other day he played very well in the exhibition, and be prepared for the game on Tuesday".

That day he will play against the Argentine Francisco Cerúndolo, a placid debut a priori. It will be very different from then on, with a demanding team that includes Auger-Aliassime himself in the quarterfinals if the forecasts come true.