The proposal of the Vice President and Minister of Labor, Yolanda Díaz, to cap the price for a basic basket of food, "does not sound strange" among the main large distribution companies that operate in Spain. 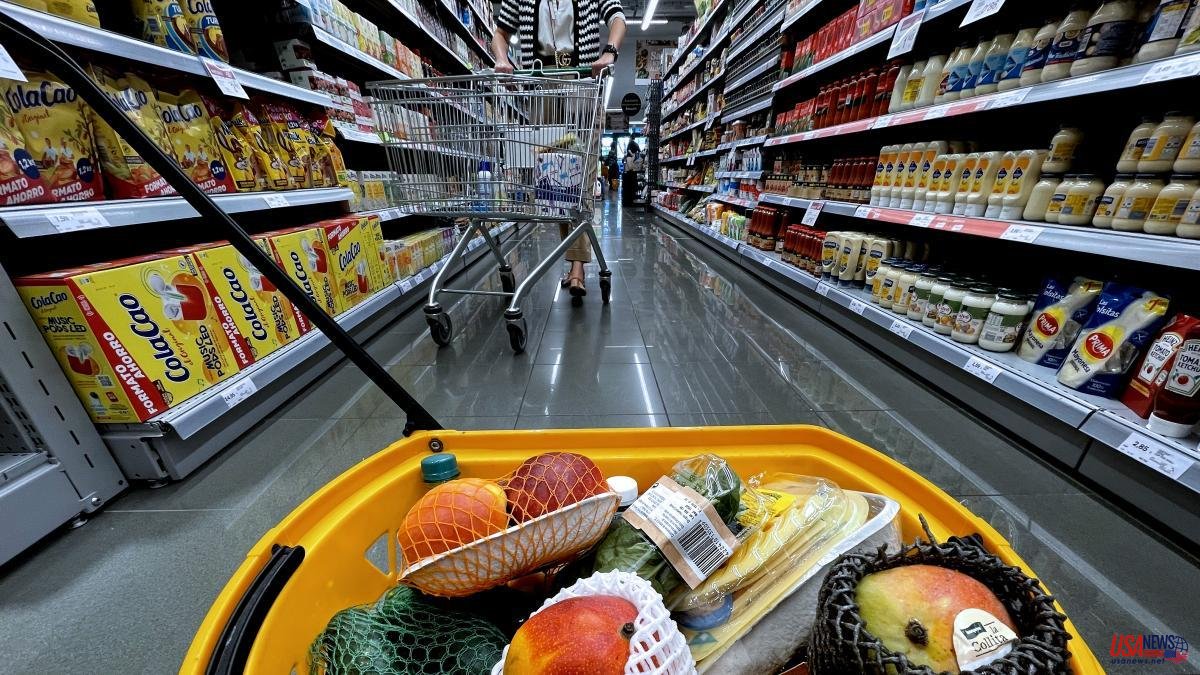 The proposal of the Vice President and Minister of Labor, Yolanda Díaz, to cap the price for a basic basket of food, "does not sound strange" among the main large distribution companies that operate in Spain. “We have spent months adapting our offer to the needs of a consumer whose habits and needs are changing and where price is increasingly key in the choice of products in their shopping cart,” industry sources explained to La Vanguardia.

For this reason, they assure that on Monday they will attend the meeting that the Minister of Labor has called with the large distributors and the representatives of the consumers with "a spirit of adapting to the needs of the clients".

"Everything will depend on what they put on the table," they point out from another large area. The truth is that the average, a priori, is very similar to the offer launched on Wednesday by the French chain Carrefour and that will be available to its customers from next Monday. A basic basket of 30 products at 30 euros which would include basic foodstuffs commonly used in households such as breakfast, preserves, pasta, oil, coffee... along with a selection of drugstore, cleaning and perfumery items, among others.

The multinational has launched this initiative "to offer savings solutions that protect the purchasing power of families in Spain", as explained yesterday by Alexandre de Palmas Executive Director of Carrefour Spain.

Given the similarity of the offer, De Palmas and Julián Veynier, director of Human Resources at Carrefour, met this Thursday with Yolanda Diaz and the Minister of Consumption, Alberto Garzón, to define whether both proposals can fit.

The feelings were good on both sides. On the government side, Díaz and Garzón transferred five basic requirements to De Palmas and Veynier: that it be a healthy basket of products that includes fresh products, that it not always be the same and have weekly changes, that it include celiac products and that it be extend, at least until January 8. Date on which the promotion announced by Carrefour ends. Therefore, although the chain has refused to make public comments, sources familiar with the conversation assure that they have not sounded bad.

In addition, Díaz and Garzón have proposed at the meeting that the large distribution companies should assume the differences in prices, without the discounts being transferred to the producers as required by the Food Chain Law. In principle, according to industry sources, this requirement is compatible with limits on promotions permitted by law. "It is a common practice in the Spanish distribution market, which is one of the most complicated in Europe due to strong competition," these distribution sources explain.

In fact, the practice "voluntary and only requests the large chains", according to Yolanda Díaz, is a copy of the implementation by France last August, according to which the prices of one hundred daily use products were frozen. hundred days, until June 30. Carrefour also led a price adjustment campaign in its country of origin that began in June like the one launched now in Spain in charge of cutting its profit margin.

The main large distributors with activity in Spain such as Carrefour, Lidl, Alcampo or Aldi, among others, also have activity in France, so this policy is no stranger to them. Neither El Corte Inglés nor Mercadona, which are other major distributors in Spain, have revealed their position regarding this proposal.

Those who have done so have been the different political parties and even members of the Government, most of whom have disqualified Díaz's proposal. First thing in the morning, the Minister of Defense, Margarita Robles, made Yolanda Díaz ugly by launching a proposal whose competence the Minister of Agriculture attributed. Hours later, sources from the Ministry of Economy and Digital Transformation, led by Nadia Calviño, rejected the proposal and demanded that “free competition in the market be allowed to function. Reyes Maroto, Minister of Industry, Commerce and Tourism, proposes expanding the proposal "to all sectors, not just distribution."

Of course, the idea is also opposed by the opposition. The spokespersons for the PP and Ciudadanos have framed it as a movement in the political campaign of Yolanda Díaz.

Finally, consumers, who are also summoned to the meeting on Monday, are expectant. Both OCU and Facua highlight the need to limit the price escalation in some way and do not see a basket of products as bad, but Facua opts more for greater price control by the authorities, since, as warned yesterday by the Facua spokesman, Rubén Sánchez, “a food basket is at risk of being cheated by commercial surfaces. “There could be a situation where the surfaces that are going to launch these baskets raise the prices of some of the products that are going to compose them and, when they launch them, they say that buying them as a whole is cheaper, but after having previously inflated their prices”, warns Sánchez.