Construction is accelerating its industrialization, breaking with a way of building houses that until now was practically artisanal. 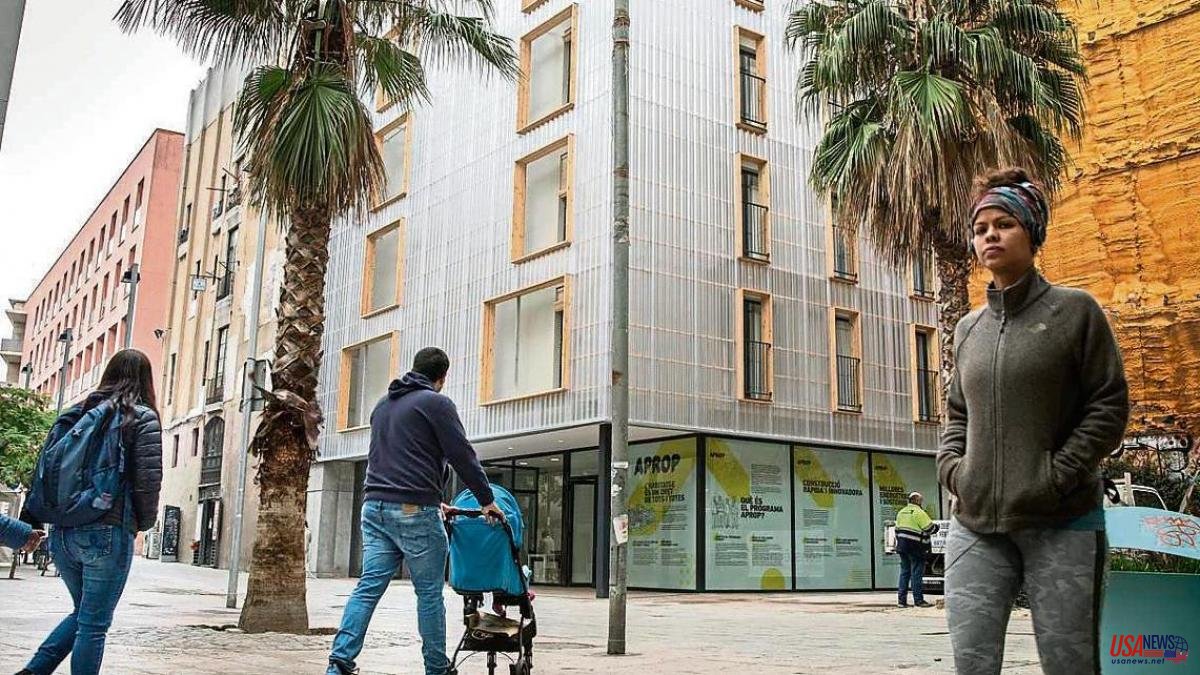 Construction is accelerating its industrialization, breaking with a way of building houses that until now was practically artisanal. "Now you can build 100% of a building in a workshop and simply assemble it on the site," says Francisco Diéguez, general director of the Institute of Construction Technology (Itec). Little has been done yet, but that, yes or yes, will be the future, ”he assured.

Prefabricated houses became popular years ago, but now industrialization has reached multi-family high-rise buildings. "We are talking about pre-construction, about making the building offsite, in a workshop," says David Juárez, architect of the Straddle3 studio, responsible for industrialized projects for the Barcelona and Caldes de Malavella city councils. "Because many parts of the process were already industrialized years ago, such as plasterboard for the walls."

Now industrialization has expanded and it is common to install the façade, the walls or the roof in a single module. Also the bathrooms, "like compact cabins that factories already produce by the thousands," says Diéguez.

It is also beginning to be a bet by the large market operators. Developers such as Neinor, Renta Corporación, Aedas Homes or Vía Ágora design their buildings maximizing pre-construction and the latter has even created a subsidiary, Lignum Tech, which manufactures the buildings in its workshop.

Public administrations, as large contractors, are also promoting the new model: the Barcelona City Council with its Aprop temporary accommodation, assembled in three months in Ciutat Vella from containers, or the Generalitat, which built five hospitals for covid with a modular structure in 20 weeks.

The shortening of deadlines is precisely one of the greatest advantages of pre-constructing in the workshop, a process that for a complete building lasts weeks, when traditional construction lasts at least eight months. "It is possible to start working in the workshop even before having the license, and to manufacture all the pieces at the same time, when on the construction site you have to go from floor to floor," explains Diéguez. The works are not stopped either because of bad weather, or because the delay of one industrialist delays the next.

"Deadlines are reduced, the time in which financing is needed and the risk of delays, something very important for developers", especially for those listed, explains Diéguez

Industrialized construction "provides a quality that can only be guaranteed by the industry," says Juárez, especially in a context like the current one in which there is a lack of specialized labor in the sector. “It is also our opportunity to incorporate young people into construction. Today they shy away from the sector because of the hardship of working outdoors, but doing it in a workshop would be much more attractive to them,” adds Diéguez.

Paradoxically, prefabrication does not currently represent a significant cost reduction. "We no longer have to count the 5%, which we always left for deviations and unforeseen events, and there is no material loss," explains Juárez. But you have to comply with the same regulations as traditional construction and if you are looking for quality materials, they have the same price”. "In the future, when the technique is generalized, we could see robotization of processes and lower costs," says Diéguez.