Laprovittola extends his contract with Barça until 2026

Nicolás Laprovittola will continue to be a Blaugrana until 2026. 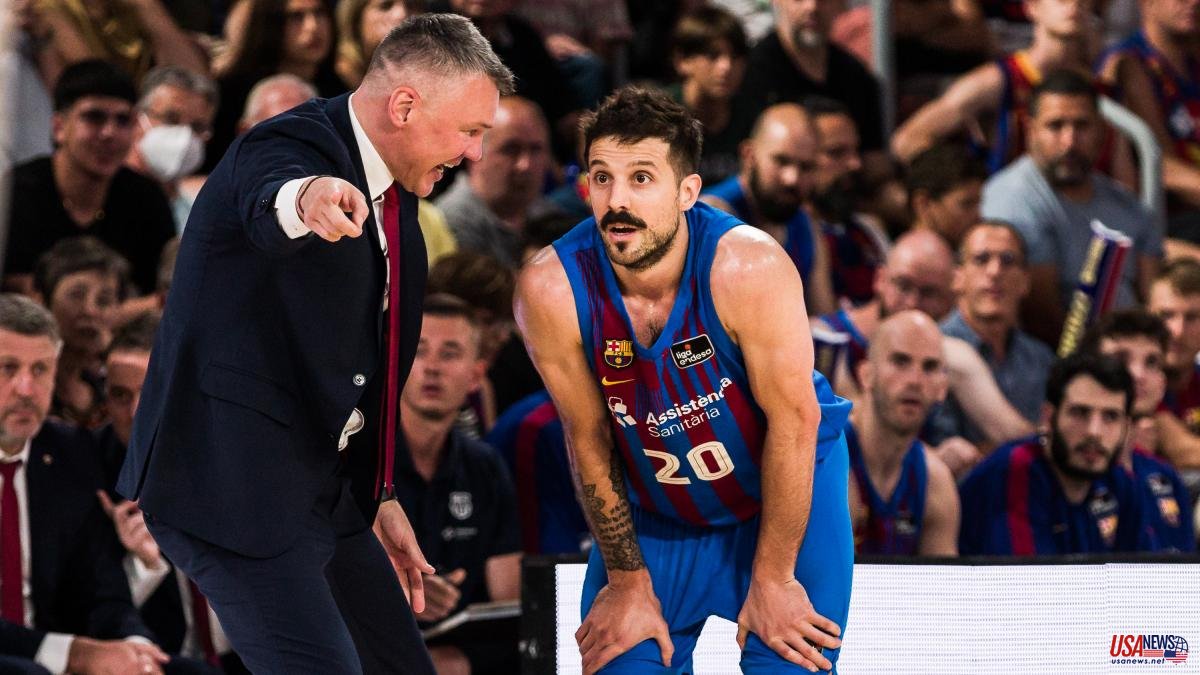 Nicolás Laprovittola will continue to be a Blaugrana until 2026. Barça made official this Saturday the renewal of the 32-year-old Argentine point guard, who still had one season left at the Palau. He therefore extends his contract for three more campaigns.

The extension of the contract is a well-deserved award for his first year at Barça, with whom he has played 89 of the 90 games the team has played, an indisputable man in Sarunas Jasikevicius' schemes.

The player from Morón has been part of the ideal quintet of the Endesa League thanks to his 9.3 points (56% shooting from two) and 2.5 assists per game. And as for the Euroleague, he has completed his best season in Europe averaging 9.6 points (44% in triples) and 3.1 assists.

"I'm very happy. Last year I took a step forward and Barça trusts me again for a long time. It had never happened to me before. We're going all out with the team and the club, there are many things ahead of us and I hope to win many titles", he stated after his renewal.

Laprovittola, who before playing for Real Madrid played for Joventut de Badalona, ​​has adapted perfectly to Barcelona. "A very nice city for my family," he noted. "My daughter, Bruna, will speak Catalan before me -she laughs- and we are very happy".