Laporta should not try to sign Messi, according to Josep Pedrerol's video survey

Should Laporta have seriously tried to sign Leo Messi?. 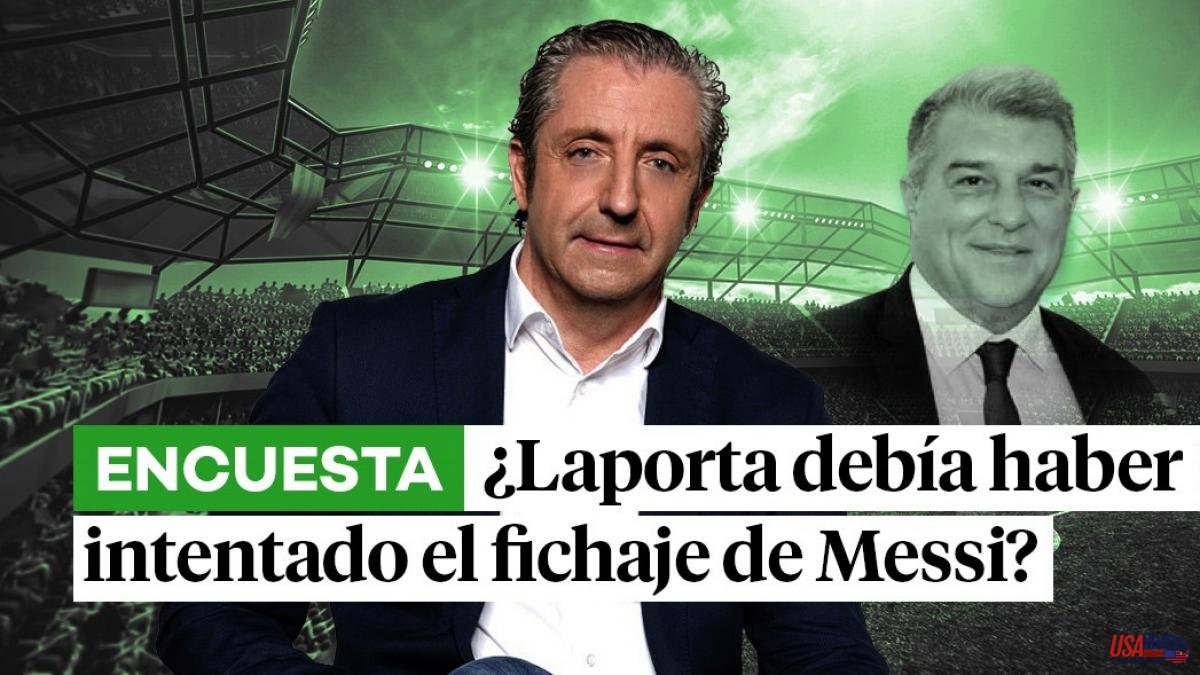 Should Laporta have seriously tried to sign Leo Messi?... This is the question that Josep Pedrerol asked the readers of La Vanguardia a week ago. And the answer seems clear: “No”.

Six out of ten opinions so far are in favor of why the Argentine star, brand new winner of the World Cup in Qatar, does not return to the discipline of Barça.

"As a culé, the way he had to leave annoys me, but today if he has to return to Barça, he should do it out of feeling without caring about the money," says web user aliasyzwer, "if he wants to come because he feels it and doesn't care Money matters, well, if not, then let him continue at PSG".

The user Raúl Silver details that "PSG has seen its sponsors grow by ten more with the arrival of Messi, which has brought them agreements worth 700 million euros. Hence their great interest in retaining him."

The web user riprat is also clear: "Messi is perfect where he is. Returning to Barcelona would be going back in time."

The debate, also active on social networks, is still open for those readers who still want to participate. You can still vote in the poll.