On the occasion of the fifth anniversary of 1-O, the Platform for the Language celebrated yesterday, in the convalescence house of the old hospital of Sant Pau in Barcelona, ​​the seminar "Linguistic substitution: the obsession of Castilian supremacism", with four speakers from the academic field, who exhibited their studies. 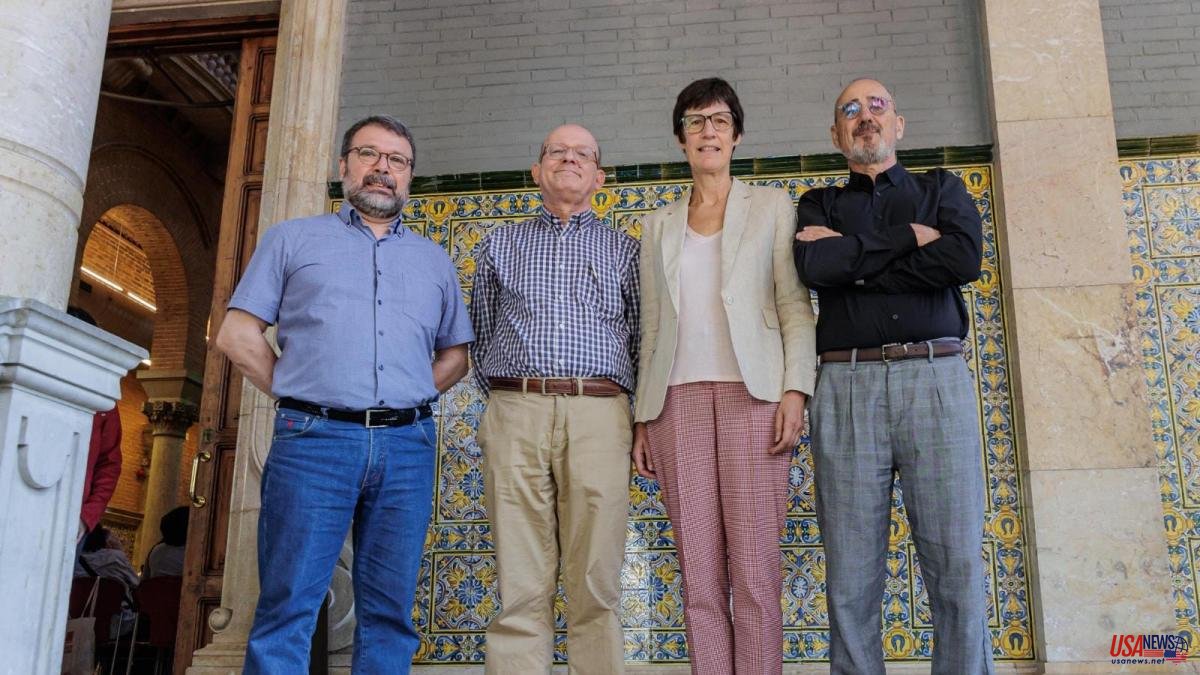 On the occasion of the fifth anniversary of 1-O, the Platform for the Language celebrated yesterday, in the convalescence house of the old hospital of Sant Pau in Barcelona, ​​the seminar "Linguistic substitution: the obsession of Castilian supremacism", with four speakers from the academic field, who exhibited their studies.

Hispanist and anthropologist Christiane Stallaert, from the University of Antwerp, denounced the lack of academic dialogue based on her proposals on "ethnic nationalism in Spain, because casticism prevents it."

The Belgian professor defines casticism as “ethnic identification with the Christian religion in opposition to Islam and Judaism, which dates from 1942 to at least Francoism, with expulsions and tax inclusion; ethnic cleansing is a long-term process.”

Stallaert also recalled that Sánchez Albornoz's theses of plurality within Spain "were rejected by the Castilian ethnicity."

The linguist Juan Carlos Moreno Cabrera, from the Autonomous University of Madrid, who defends that "it is unconstitutional that Catalan is not allowed to be spoken in Congress", refuted "the false idea that the Castilian dialect would become a superior language of communication, a koine.”

According to the retired professor from Madrid, “linguistic science cannot justify the idea that a language is superior; that responds to political, economic and ideological issues”.

The philologist Francesc Bernat, from the University of Barcelona, ​​focused on “the prejudice that Catalans have been bilingual since time immemorial”.

Based on a study with people over 90 years old, who testified to the linguistic uses of their parents and grandparents and, therefore, go back to 1850, the professor concludes that "the bilingualization process of the majority of Catalan speakers begins with the literacy of the Second Republic; It is much more recent than previously believed.

The seminar was closed by Ferran Suay, professor of psychobiology at the University of Valencia. According to this expert in linguistic assertiveness, “linguistic submission is a habit that does not respond to conscious decisions. The linguistic hierarchy is imposed, so that speakers of dominant languages ​​are also dominant towards speakers of other languages”, he concluded.