The European Central Bank (ECB) has reiterated, through its president, Christine Lagarde, its decision to gradually raise interest rates to combat inflation in the eurozone: "We will go as far as necessary to ensure that inflation stabilizes on our 2% target. 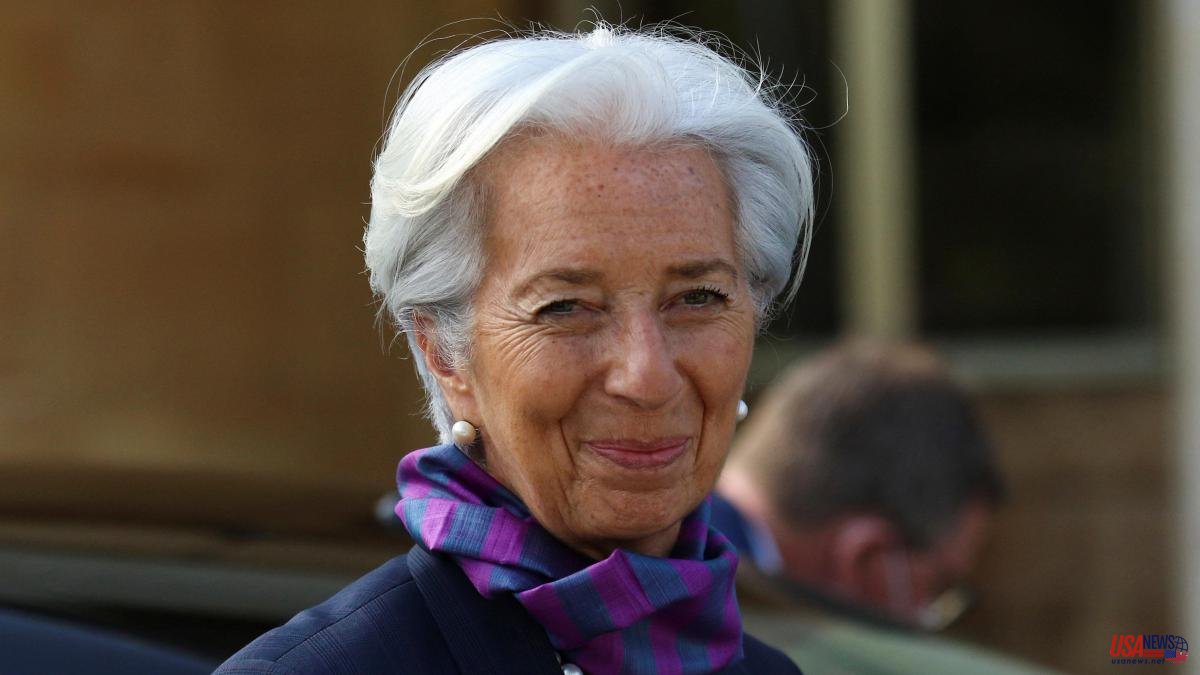 The European Central Bank (ECB) has reiterated, through its president, Christine Lagarde, its decision to gradually raise interest rates to combat inflation in the eurozone: "We will go as far as necessary to ensure that inflation stabilizes on our 2% target.” She has said it in Sintra, the aristocratic Portuguese town where the bank celebrates its annual Forum. A meeting of European central bankers, assailed by the omnipresent uncertainty that projects a new economic era, with unexpected price increases, the subversion of energy supplies and a war on the very borders of Europe.

Lagarde recalled that the bank's board has already announced an immediate rise of 25 points at its next meeting on July 21, that "we hope to raise them again in September" and if inflation persists, at that meeting "a higher rise will be appropriate" . The president of the ECB has recognized the challenge of undertaking interest rate hikes to tackle inflation when the economy is already showing signs of slowing down; in fact, the bank has revised downwards its growth forecasts for the eurozone for the next two years. Not only that, some basic variables are still below pre-pandemic records, such as private consumption, 2% lower, or investment, which has remained flat.

This is not the only challenge of the change in European monetary policy, since it must also prevent the interest on the debt of some member states, mainly, but not only, Italy and Spain, from skyrocketing, putting their solvency into question. The markets have already raised interest rates on debt across the eurozone, 2.40 points on 10-year bonds, without even a single rise in official rates being executed yet. It is called anticipation.

The fragmentation of national debts already occurred this month, when the cost of Italian debt skyrocketed, especially, somewhat less, but also, the Spanish, which forced the president of the ECB to call an extraordinary meeting of the council . After the meeting, she announced that she was not going to consent to a fragmentation of the eurozone, with an exaggeratedly divergent evolution of the debts of certain countries. Lagarde has once again made it clear that the new monetary policy will be applied gradually, paying attention to its consequences.

But, for the moment, it has not given details on how this rate hike will be executed while avoiding national fragmentation. He recalled that as of July 1, when the debt purchase program associated with the pandemic ends, the necessary buybacks will be carried out to ensure that the additional interest that some countries can pay on the debt considered more solvent, that of Germany, do not shoot; the so-called risk premium. He did not give details, however, about the scheme that these purchases would be part of, that is, what economic policy conditions would be imposed on the states helped by these repurchases. In the aforementioned extraordinary council, it was agreed to commission the bank's technical services to study a proposal, an exit that has been interpreted as proof of the differences between its members. He stressed again that the new mechanism will be enough to deal with the problem, which has already been seen to be more than just a potential risk.