Three politicians diagnose the same recipe for the same problem. 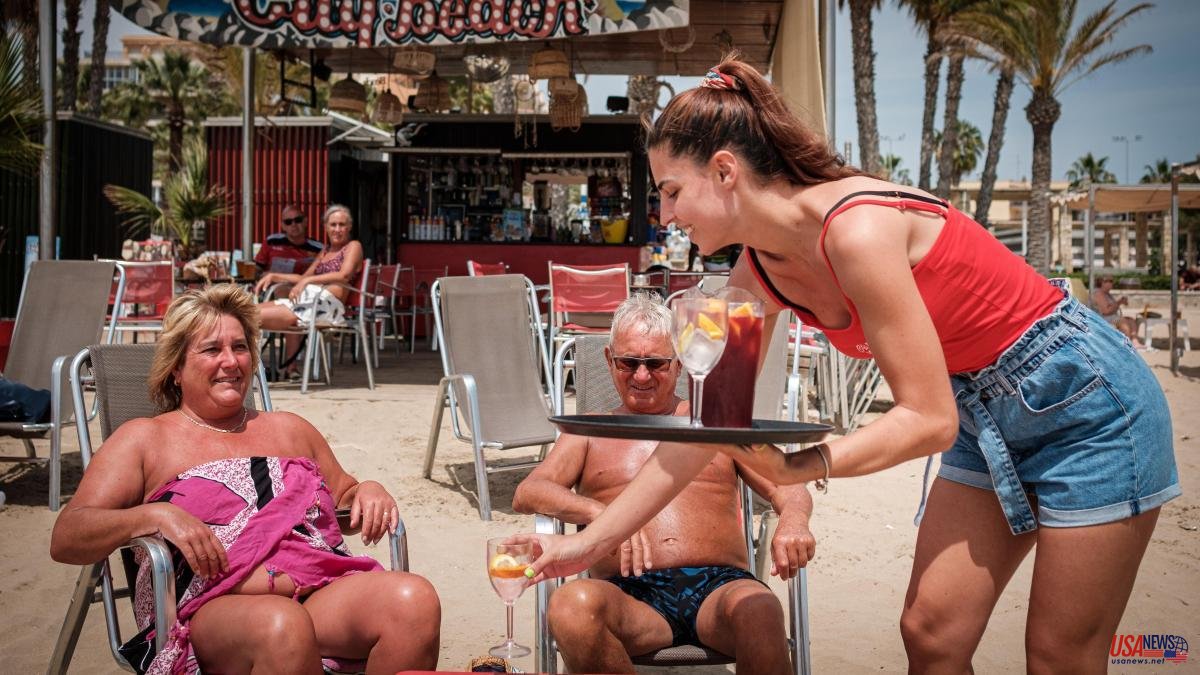 Three politicians diagnose the same recipe for the same problem. If you have difficulty finding workers, "pay them more," President Joe Biden recommended to American companies in June of last year; an expression that the Second Vice President and Minister of Labor, Yolanda Díaz, paraphrased in October to Spanish businessmen. “I'll give you a hint: pay them more. Offer them better working conditions. Give them more reasons to work in your companies.” And now, his number two, the Secretary of State for Employment, Joaquín Pérez Rey, has sent the same message to hoteliers who are suffering from a flight of workers just as they face a summer in which they hope to put the pandemic behind them and recover lost activity. "The solution is to pay properly," Pérez Rey told them.

The truth is that the Ministry of Labor is clear. One of the causes of this lack of workers in restaurants and hotels in tourist areas is low wages and long hours, to which are added the high rental prices in these areas.

"Some of the vacancies that are occurring in specific territories in the hospitality industry have to do with not paying enough, there are no breaks, the days are exhausting and workers cannot reconcile personal and family life," said Joaquín yesterday. Pérez Rey, at the end of a meeting with the social agents on the problem of vacancies in the Spanish labor market. Faced with such a problem, for the Secretary of State the solution is in sight: “Pay adequately, comply with breaks and working hours, and allow family reconciliation. When this happens, I am sure that the vacancies will vanish like foam”.

The diagnosis made by Labor is that there is not a generalized problem of vacancies, but rather an issue focused on some sectors and some territories. The general data shows that the number of unfilled vacancies is relatively low, 109,000 in a labor market of 20 million employed persons. However, it is shocking when taking into account that they coexist with more than three million unemployed. According to INE data, the 109,000 vacancies are mainly focused on the service sector, with 95,556, followed by 7,223 in industry and 6,307 in construction. At European level, Spain is located in the lowest zone. 0.7% of unoccupied vacancies compared to the European average of 2.5% and 3.8% in Germany, according to Eurostat.

What they assure in the ministry is that there is neither a general problem of vacancies nor is there any phenomenon such as that of the "great resignation", the trend that began in the United States in the second half of 2021, for which workers leave their jobs. jobs on a voluntary basis to seek better opportunities. It is a very American phenomenon and for the moment, nothing Spanish.

As far as vacancies are concerned, the problem in Spain affects specific sectors such as hospitality and construction, and in highly qualified positions related mainly to digitization. And basically in four areas: Catalonia, Madrid, Valencia and Andalusia.

To deal with the problem, Labor and the social agents have agreed to draw up an X-ray of the problem areas. "To have a map of where these problems are occurring," explained the Secretary of State. In some cases, the evidence is plain to see. In terms of hotel vacancies, the problems are centered on locations on the coast and with a lot of tourist pressure.

The unions agree that the cause of the vacancies lies in the working conditions. “The problem is clearly one of very low salaries and the high temporary nature and partiality of jobs”, says Mariano Hoya, from UGT. Also Mari Cruz Vicente, from CC.OO., insists that "it has to do with the labor and union conditions that exist, there are constant breaches of collective agreements."

On the other hand, the employer disagrees with this analysis. It considers that the vacancies that occur have nothing to do with working conditions, and that they are due in any case to training that is not adequate to the needs of the market that does not provide workers with the required skills. "There is not a general problem of vacancies", indicate these sources, who also add that "if there are specific situations of non-compliance, they must be reported".