The French screenwriter and director Léa Mysius opens in the official competition section of the Sitges Festival with her second feature film, The Five Devils, a piece that combines fantasy and costumbrista drama starring Adèle Exarchopoulos. 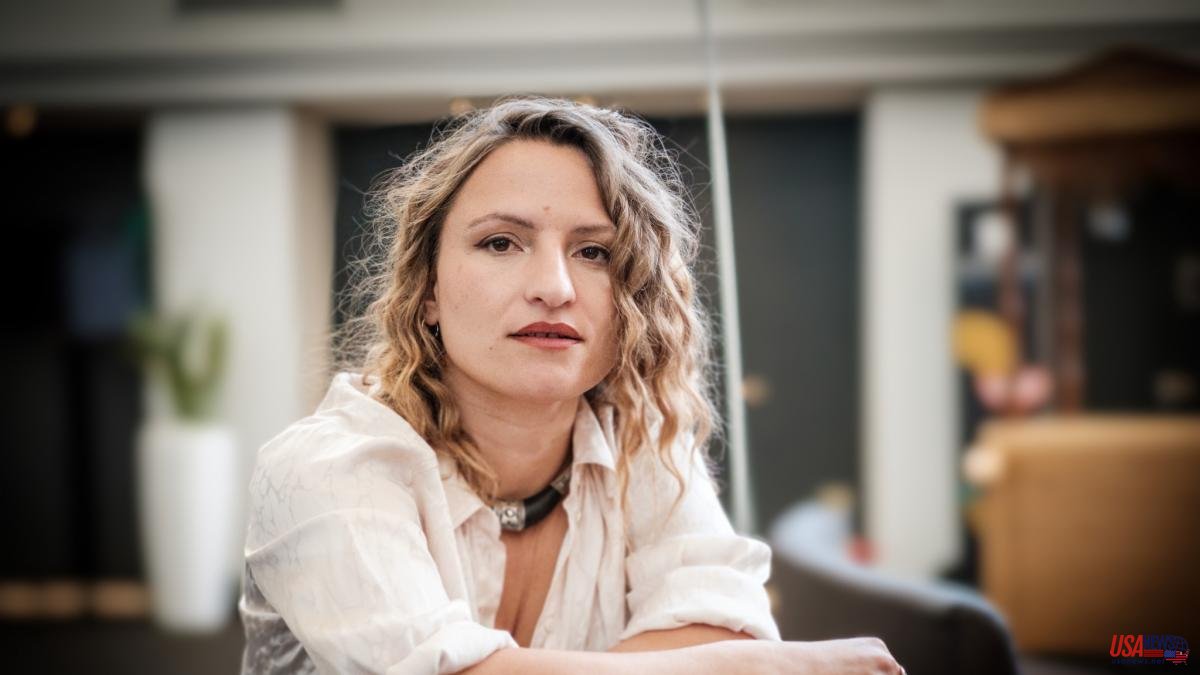 The French screenwriter and director Léa Mysius opens in the official competition section of the Sitges Festival with her second feature film, The Five Devils, a piece that combines fantasy and costumbrista drama starring Adèle Exarchopoulos. The actress of The Life of Adèle gets into the skin of Joanne, a sad-looking woman who works in a sports center and is married to a black firefighter named Jimmy.

Her daughter Vicky adores her and the little girl has the extraordinary ability to distinguish scents and preserve them in glass jars. When Julia, Jimmy's mysterious sister, comes home one day, Joanne will feel very uncomfortable, as will the rest of the town's inhabitants, especially Nadine, a classmate of Joanne's whose face is half covered in scars from a burn.

Vicky, through a jump trip in time that she agrees to by preparing a jar with her aunt's scent, will find out the shady family past. Co-written with Paul Guilhaume, with whom she already collaborated on her first film, Ava (2017), Mysius initially wanted to focus "on a girl obsessed with smells, which she kept in glass jars and then managed to reproduce . There was nothing fantastic about it. I was interested in reproducing the relationship between smell and memories, which already comes from Proust. Vicky doesn't remember things about her but about other people and that transports her. I was interested in reflecting a girl who carried the weight of the past of others because she has to do with the questions that children ask themselves about their own existence and that of their parents, "he explains in conversation with La Vanguardia.

In relation to Ava, who also had a teenage girl as the lead, the two characters "are lonely and determined to do what they have set out to do in life. At first it may seem that they are not very friendly, but they really follow their wishes no matter what." Mysius says that she does not like to always show the same characters in the cinema and that "I really wanted to show what a family is like in today's France, mestizo, who lives in the countryside and not in the city."

The theme of Joanne's sexuality is something that swarms hidden like a secret throughout the story and the fact that she has the habit of bathing in a frozen lake suggests that it is a way of cooling her inner fire. "Vicky realizes that there are a series of unfortunate events of her mother that had been buried. When Julia arrives, it is time to observe those forgotten memories. The mother was a young woman full of life and Vicky realizes that her mother was very different from how it is now and that she needs to get out everything she has inside. Joanne feels the need to show that she can handle everything and that her body and heart are tough enough to withstand it and getting into the lake makes those feelings not come out despite the fact that in the end they do it", he wields.

The fact that the film works through flashbacks forces the viewer to reconstruct a puzzle full of raw feelings and a lot of pain. "I wanted the times of the film not to be continuous because it was important to see how Vicky is investigating and discovering the past, why it exists and somehow she realizes that she has the weight of the past on top of having to separate Joanne and Julia to be able to exist," he says.

For the protagonist, Léa was always clear that it should be Exarchopoulos: "I love her and I think she is the best actress in France. I thought of her because Joanne is completely the opposite of how she is. Her character is cold and closed and Adele is explosive. I I was interested to see how someone so explosive could be locked up and as the film unfolded he spilled over and broke free." As for Vicky, "it's always hard to find a child actor but we were lucky because we found her very quickly. I was attracted to her big eyes and her slightly strange face, which sometimes resembles that of a wise old woman. There are times when You don't know if he's 8 or 50 years old."

Mysius hasn't had much time to enjoy the festival yet. "It is the first time that I have come to Sitges, although I had already heard of the festival, and it is also the first time that I have come to a fantastic film festival because the film has required it that way". She believes that many advances have been made so that women have more opportunities in this genre. "There have been awards such as the Palme d'Or to Julia Ducournau, but reality shows a smaller number of women who are important in the industry. We are talking about 20% of women compared to 80% of men", argues the director , who in the future wants to continue exploring women's stories "is something natural for me", as well as bringing out different people who normally don't have a place in the cinema".