La Moncloa defends the interest of the docuseries that portrays Sánchez

“It is not a video of Kim Jong Un”, they allege with irony in Pedro Sánchez's team, referring to the propaganda tapes starring the North Korean president, the last one as a transcript of the Top Gun hero during the successful launch of a missile intercontinental. 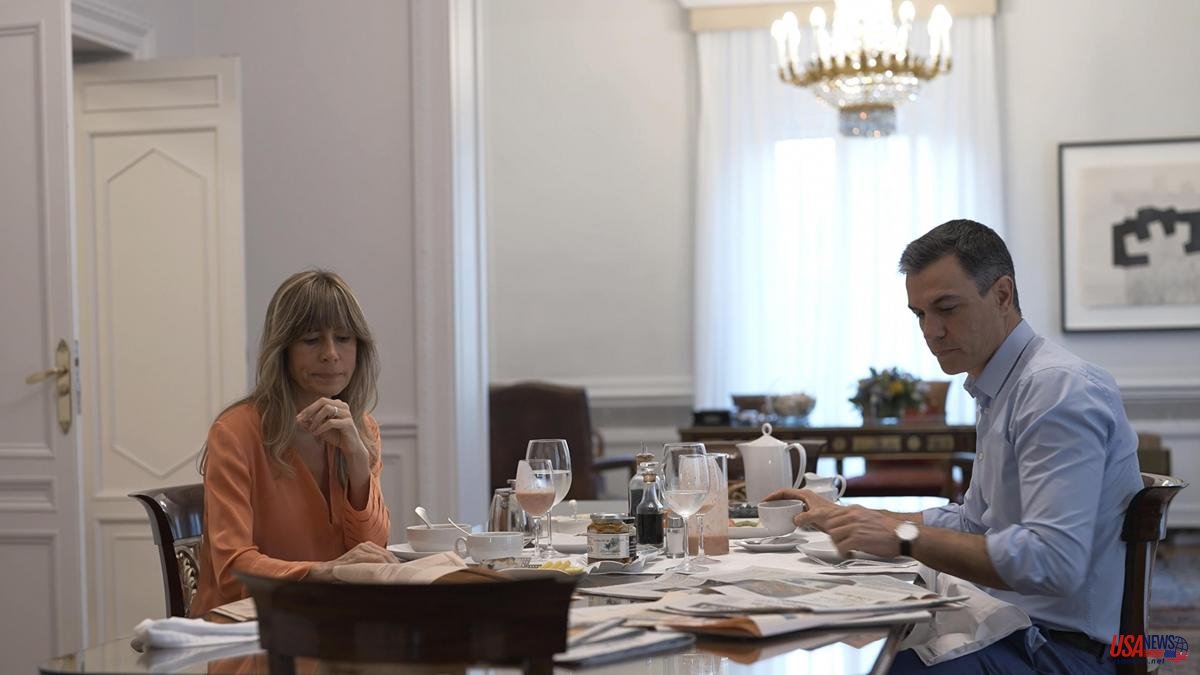 “It is not a video of Kim Jong Un”, they allege with irony in Pedro Sánchez's team, referring to the propaganda tapes starring the North Korean president, the last one as a transcript of the Top Gun hero during the successful launch of a missile intercontinental. Quite the contrary, in Moncloa they defend "the interest" that the documentary series that the director Curro Sánchez is directing about the interiors of the presidential palace, and that reveals intimate aspects in the day-to-day life of the chief executive, may have for citizens.

The first images released of this work in progress – the recordings are expected to cover an entire year, until March or April 2023 – already show a closer Sánchez, both in daily work in Moncloa and in international summits as in the intimacy of family life, away from the solemnity or even coldness of his usual public image as president.

In the few minutes that have been revealed for now – the series will consist of four chapters – Sánchez appears having breakfast relaxed and browsing the press with his wife, Begoña Gómez. He also chatting with his parents or taking the dogs for a walk, at dawn, through the Moncloa gardens. At the family level, the president only expressly vetoed the appearance of images of his two daughters in the series, to preserve his privacy.

"It's a job 24 hours a day, seven days a week," admits Sánchez himself about the job of president. And unpublished images of the NATO summit held in Madrid, in which he acted as host, are collected. "My concern every time I come to Spain is that my team will not come back with me," the American Joe Biden transfers to him with a laugh, before the entertainment received by his delegation, made up of 1,200 people. Sánchez's relief after the Brussels summit in which the Iberian exception started is also exposed. "I honestly thought we weren't going to make it," he admits. “I am holding my breath”, reveals what Teresa Ribera transmitted to him.

“Breakfast, Miquel”, Sánchez invites Iceta, in the antechamber of the Council of Ministers, in another relaxed scene. "I want to appear as I am," jokes the Minister of Culture, while he serves himself a coffee, in front of the cameras. Among the extras in the series are also the president's chief of staff, Óscar López: "He sleeps little, and one doesn't have time for one because the next one arrives, but that's the beautiful part of this," he acknowledges. Or the secretary general of the presidency, Fran Martín: “Every day that we are here is worth a world”, he admits.

The series has many other protagonists, among the thousand or so employees of the presidential complex, from the chef and the waiters to the ushers or the domestic service. "The first time it impresses, then you get used to being here," they say.

In Moncloa they are very aware that, given the tension on the political scene, the opposition awaits the series "with a loaded shotgun." In fact, in the PP they denounce that the president lends himself to starring in it, "with which he is falling in this country."