Kyrgios loses papers after being eliminated against Khachanov

Nick Kyrgios has missed a golden opportunity to achieve something big in a Grand Slam tournament like the US Open. 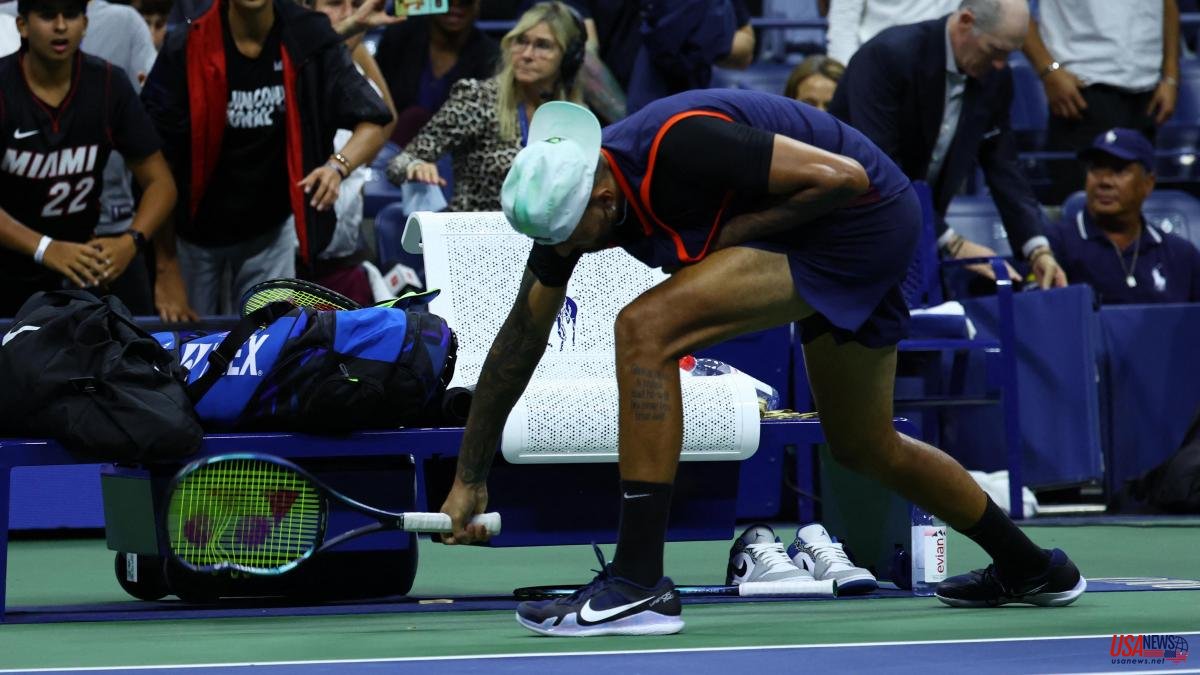 Nick Kyrgios has missed a golden opportunity to achieve something big in a Grand Slam tournament like the US Open. With several of the favorites already eliminated, such as Rafa Nadal, Felix Auger-Aliassime or Daniil Medvedev (whom he himself left behind), the Australian was, due to his quality and, above all, due to his form, among the main candidates to the title in New York. Karen Khachanov crossed paths with him, a Russian tennis player with whom he has seen faces three times, always starring in high-level duels. In the Australian Open the victory fell on the side of Kyrgios (6-2, 7-6, 6-7, 6-7, 7-6). In the United States, with the Australian in one of the sweetest and most mature moments of his career, it was his rival who took the cat to the water in five sets and more than three and a half hours (7-5, 4- 6, 7-5, 6-7, 6-4).

The number 25 in the world reached these quarterfinals as a renewed man, focused on tennis and daily work, with a more settled head. However, one never completely loses the essence of it. He is still an eccentric person, both on and off the track, but that's the least of it. He was going through a very sweet moment, he was the tennis player with the most wins since June (26) and he had just defeated number one, Medvedev, in the previous round. However, in Khachanov, number 31 in the ATP ranking, a hard nut to crack was found that took his frustration to the limit with powerful serves and breaks at key moments. Kyrgios ended up overwhelmed as he hadn't been seen in a long time, and paid for it with two of his rackets.

He recovered from some alleged discomfort in his leg that assaulted him in the first set and that he told his team in the break before the second. "I can't walk," he told them. An exaggeration, considering that he continued in the match without showing signs of pain and, to make matters worse, he took the next set. Here he was able to respond to his opponent's serves with powerful forehands, as usual, and managed to break the Russian's serve.

Despite the bulk of the scoreboard in each set and the total equality throughout the match, the truth is that it was a faster match than one might think. With the serve as the main weapon of both, the key was in the ability to respond to the return, where Khachanov was once again superior in the third set. Despite the blows from Kyrgios, who forced a tie break where he managed to prevail to continue extending the match, the Russian was very solid and closed the match without many cracks in the fifth round.

Then the Australian, after greeting his rival and the linesman, finally exploded. He had already thrown a racket in anger at a stoppage during the match, receiving a warning for unsportsmanlike conduct, but at this point he snapped and took all the frustration out on him. "The truth is, right now I don't care if I play more tournaments or not. I feel good in the Grand Slams, I feel as if no other tournament mattered to me. The feeling of improving or getting worse is worth nothing if later in the Grand Slams you don't comply People don't care if you've improved from day to day, or if you lost in four sets, or if you played one of your best matches. You've lost, period," Kyrgios said at the end of the match. "Now the losses hurt more, right now I feel like shit, I feel like I've let a lot of people down," he said.

Khachanov's rival in the semifinals will be Casper Ruud, one of the three candidates to finish the tournament at the top of the ATP ranking. The Norwegian had a few words for Kyrgios after the event: "You never know what is going to come out of his racket, or out of his mouth." Both have had their pluses and minuses. "For a while we didn't greet each other when we passed each other in the changing rooms, but now we do, so it's better," he confessed. You will not have to face him, the Russian tennis player avoided a confrontation with much morbidity between two of the favorites for the title at the US Open.