Shakespeare is a mine. 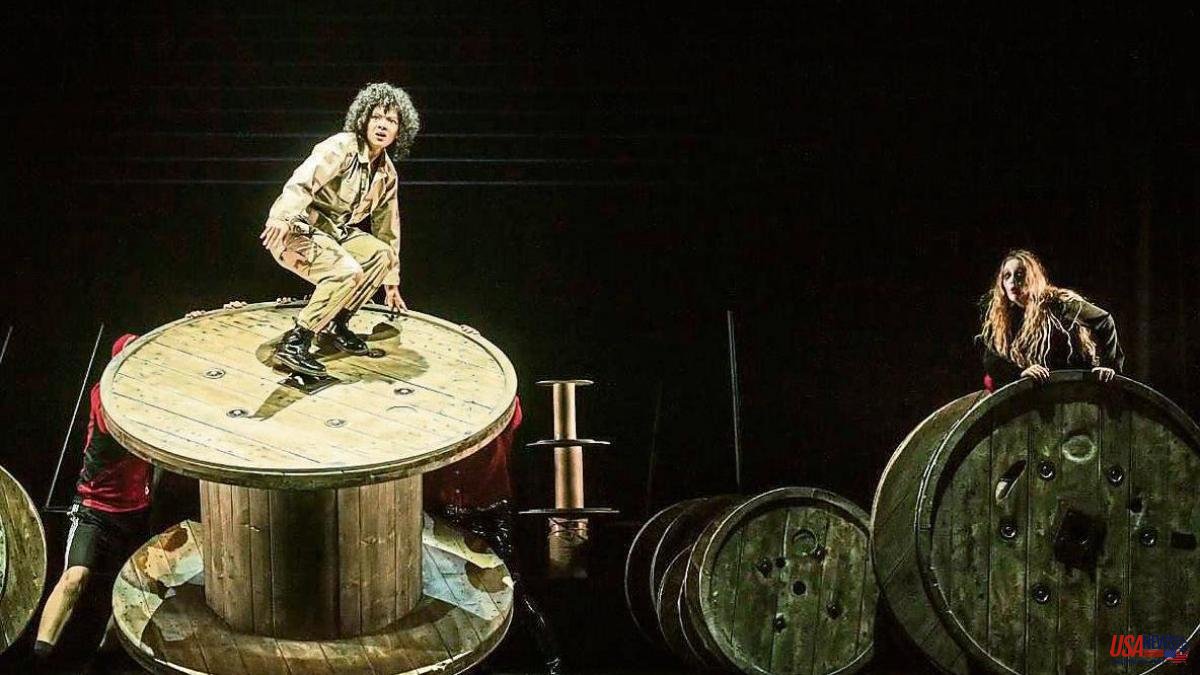 Shakespeare is a mine. It is also true for the Lithuanian director Oskaras Koršunovas, who has already adapted seven works by the English author. He now premieres in Temporada Alta Otelas, his updated version of the story of the Moor of Venice. For the occasion, he has turned Othello into a black woman, a role played by Oneida Kunsunga-Vildžiūniene.

With this change, and with an update of the text, Koršunovas exposes in his production the themes present in the classic work, such as jealousy, and adds new ones, such as exclusion, xenophobia, the empowerment of women and LGTBI relationships.

With Otelas, the Lithuanian director visits Temporada Alta for the eleventh time, himself becoming a classic at the Girona theater festival, today at the Municipal Theater Last year, Koršunovas was responsible for the opening show, with the version of L'oncle Vània, by Chéjov, with a Catalan cast headed by Julio Manrique.

In the case of Otelas, premiered in Spain, the interpreters are Lithuanian. At the presentation press conference, the director was ill and the performers of Othello and Yago were the ones who gave the details of this production, "at a frenetic pace, with a very young cast", in the words of Salvador Sunyer, director of Temporada Alta, “because the classics have to be reinterpreted and brought to the present”.

"You will not see period dresses and Othello is a black woman," warns the leading actress. With this vision, Koršunovas can explain many more things. As a team we have focused on things like gender equality, racism and acceptance of the different. Also, obviously, there is still the theme of love, friendship, betrayal and jealousy. All these issues are important in Lithuania today.”

The actor playing Iago ( Saulius Ambrozaitis) adds: “At first we debated where we needed to take my character. First, Koršunovas wanted to approach him as an influencer who knows the Achilles heel of each character. He wanted to put inside me many visions. In the end, I interpret it through pain and that force that pushes it. I experience what has happened as a very big betrayal within my character. We have come to the conclusion that he loves Othello and that he despairs of how he spends his time loving Desdemona. Iago is old-fashioned and it is the negative forces that push him”.

Despite the duration, almost four hours, the actress points out: “The show is all movement. We use some very large coils and we move with them. They give the scenery to the show and can be turned into a combat tool or a love bed. They have a beauty with a dangerous point ”.

And the actor concludes: “The whole LGTBI theme appears. A homophobic and racist father has to accept that he steals his treasure. The fact that Othello is a woman accentuates the relationship between Othello and Iago. She neither hides nor emphasizes that she is a woman, it is like that and she is already there ”.

High Season Tickets with a 20% discount at EntradasdeVanguardia.com