Ko Tazawa: “Knowing English, it was easy to learn Catalan” 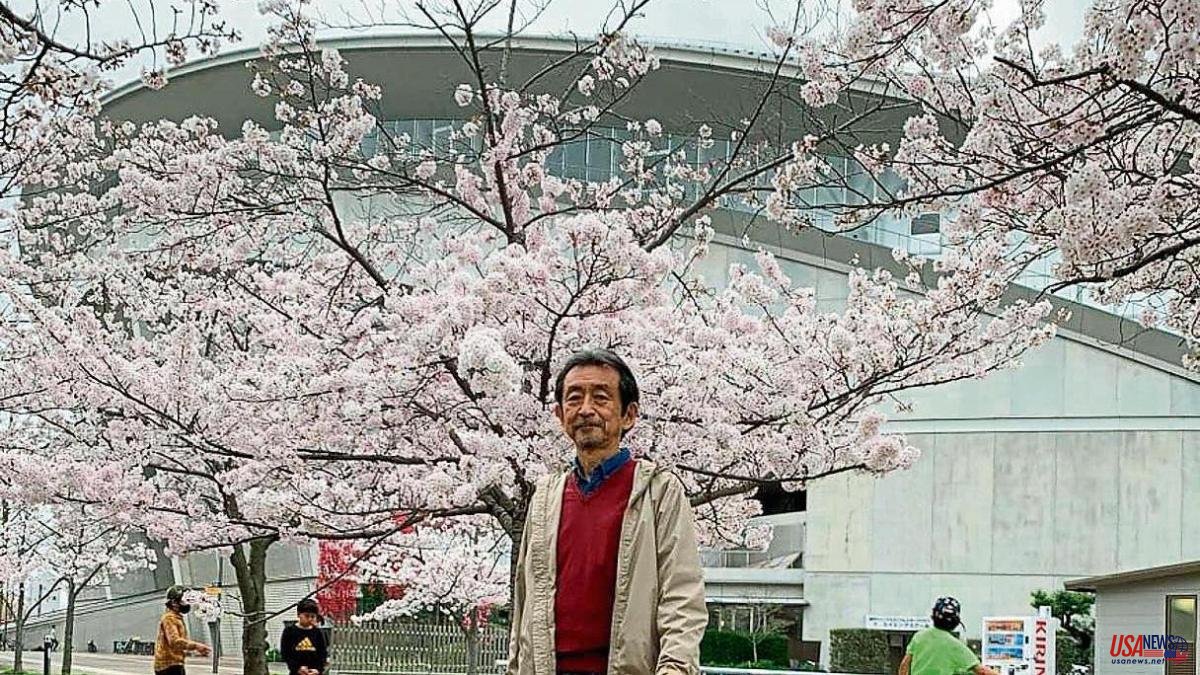 K (Yokohama, Japan, 1953) has a facility for languages. At the end of the seventies, when he worked in a Japanese bank, he was sent to Barcelona with the aim of learning Spanish, because “they wanted to open a branch in Madrid, before Spain entered the Common Market; It was the moment of the first Estatut and there was a boil, ”explains this charming Japanese from Kobe in a telematic interview, who confesses that then he realized that he did not like the work of the bank.

Since then, spending seasons in Barcelona and Queralbs, he has been translating the main works of Catalan literature into Japanese, and is now finishing the Diccionari japonès-català for Enciclopèdia.

He explains about that new professional stage: “The Catalan subject attracted me and I did my doctoral thesis. Since he knew English, it was easy to learn Spanish and also Catalan, which after all are two very similar languages. It wasn't too difficult for me because all three are from the same Indo-European language family."

However, Catalan and Japanese are nothing alike: “We have three scripts that we combine, and that is very difficult for Catalan apprentices. Japanese has no articles, neither definite nor indefinite, and has neither gender nor number. Japanese verbs conjugate according to the role they have in a sentence and have nothing to do with the subject. To top it off, he gives an example: "The personal pronoun I has ten different forms and each one has a different connotation depending on the sentence."

Thanks to Ko Tazawa, his compatriots have been able to read in Japanese, among others, La plaça del Diamant, Camí de sirga, La pell freda and even Tirant lo Blanc. “It took me ten years. It is not a best seller, but the reception was good because connoisseurs know that Cervantes had described it as the best novel of chivalry”.

But Ko Tazawa has gone further and gone the other way: he has translated books from Japanese into Catalan, such as Història de Shunkin , by Junichiro Tanizaki; Rashomon, by Ryūnosuke Akutagawa; Deu nits, deu somnis, by Soseki Natsume, and so on up to ten titles, with the Lapislàtzuli publishing house, “for a greater dissemination of Japanese literature in Catalonia”.

But he points out: “Lately there have been some translations of Japanese literature into Catalan, but some publishers have done it in a chaotic way, without chronological order. Thus it is very difficult for a Catalan reader to find an interesting Japanese novel and at the same time capture the global panorama. There are few translators and I decided to do it myself, with the most representative works from the end of the 19th century”.

However, he also recognizes his limitations: “The problem is that I'm not a native Catalan and I don't have a literary style. So I thought of having a good Catalan writer correct what I translate. This writer is Joaquim Pijoan” (Sant Jordi award in 2006 with Sayonara Barcelona, ​​Proa).

In 1984, Enciclopèdia published the first Catalan-Japanese dictionary, “with better intentions than lexicographical knowledge, because at that time there was no specialist in the Japanese language”. Its new version is already finished and in the process of being corrected, and it could come out before the end of the year.

Ko Tazawa is suffering from advanced-stage cancer, but he is satisfied because he has "a high quality of life." He has finished four books, "two biographical ones in Japanese, another in Catalan that Lapislàtzuli will publish, Les petjades d'un japonès a Catalunya, and the last one is precisely that dictionary," he concludes.