The 8th stage of the Dakar rally, between Al Duwadimi and Riyadh, of 346 km of special, brought another change of lead in the general, the fourth so far in the rally, in favor of Mason Klein (Husqvarna). 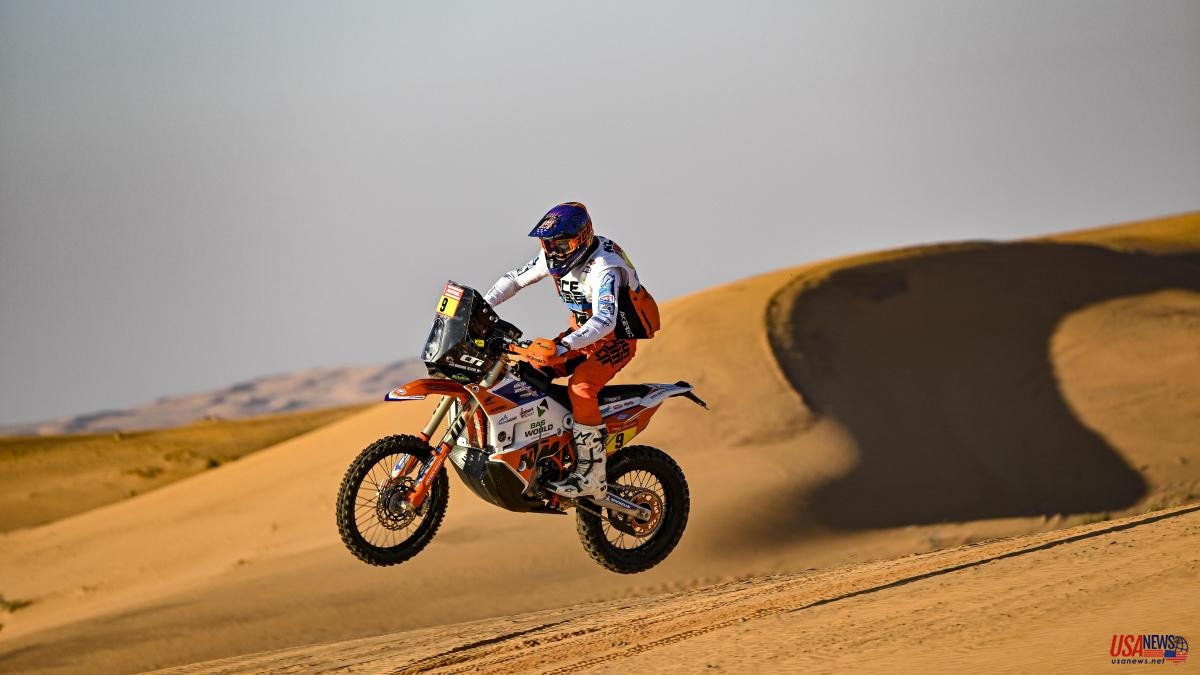 The 8th stage of the Dakar rally, between Al Duwadimi and Riyadh, of 346 km of special, brought another change of lead in the general, the fourth so far in the rally, in favor of Mason Klein (Husqvarna). The American regains command of his teammate Skyler Howes for just 47 seconds. The general classification is still very compressed, with the first 8 drivers in a 9-minute handkerchief. Although the eighth is Joan Barreda.

After the early rest day that led to the suspension of stage 7, due to the bad conditions of the route and the accumulated fatigue in the caravan of pilots -as decided by the ASO-, the favorites fought again on a desert terrain of fast tracks. Ross Branch, hitherto unprecedented, took the initiative and took the victory of the special ahead of the candidates, Mason Klein, at 1m33s -a difference that earned him to regain the lead-, Sanders at 3m15s, Quintanilla at 6m29s, Van Beveren at 6m35s, Walkner at 8m40s and Lorenzo Santolino from Salamanca, eighth, at 8m49s.

Joan Barreda, for his part, did not have a brilliant day. He signed the 13th position of the stage, giving up almost 13 minutes with the winner, for which he loses ground in the general. The man from Castellón is now eighth at 9m08s.

In the fight for the Tuareg, the classification is commanded by Klein again, who was already the leader on the second day after the stage of stones. The American from Husqvarna leads his teammate and until yesterday leader Skyler Howes by just 47 seconds, and Kevin Benavides, who was ninth, by 2 minutes. Price is fourth, Quintanilla fifth, Van Beveren sixth and Sanders seventh, ahead of Barreda. Lorenzo Santolino is 12th, more than half an hour behind the leader.