The King Emeritus met this Monday with the King and his relatives at the Zarzuela Palace in a meeting that lasted 11 hours. 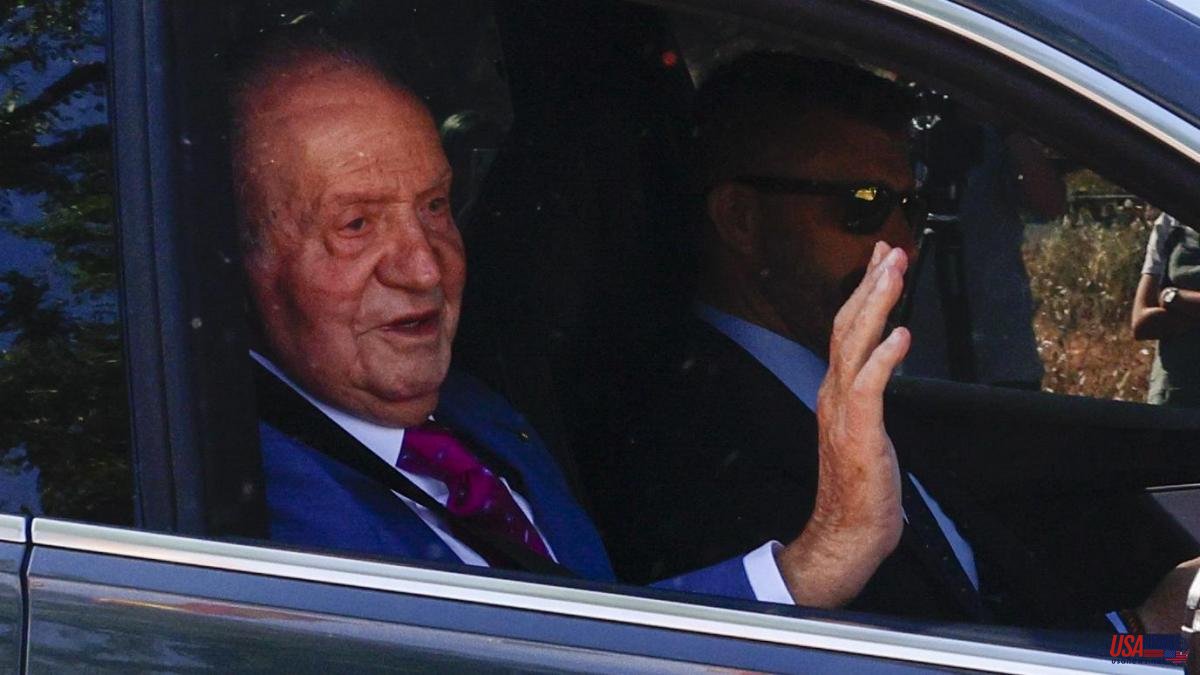 The King Emeritus met this Monday with the King and his relatives at the Zarzuela Palace in a meeting that lasted 11 hours. Shortly after 10 in the morning, and after a short flight between Vigo and Barajas airports, the emeritus entered through the main access to the palace, thus making his first visit to his son, King Felipe, since he left Spain has been harassed for almost two years by information about irregularities in his personal finances. Next, the emeritus will return to Abu Dhabi, where, as he announced on March 7, for the moment he has established his permanent residence.

On this visit, to what was his official residence for more than five decades, Juan Carlos I met again with Felipe VI, his wife Sofía and the rest of his closest relatives, including Queen Letizia and Infanta Sofía, who He has left school early so he can be at the family lunch.

On the other hand, La Casa del Rey has issued a statement after concluding the visit of Don Juan Carlos to the Palacio de la Zarzuela, which included a family lunch in which Queen Sofía could not participate because she has been infected with covid-19 after her return from Miami, although he has been in the room where the meal took place with the mask on.