King Juan Carlos has arrived at the Zarzuela Palace shortly after 10 in the morning after a short flight between Vigo and Barajas airport to pay his first visit to his son, King Felipe, since he left Spain almost two years, harassed by information about irregularities in his personal finances. 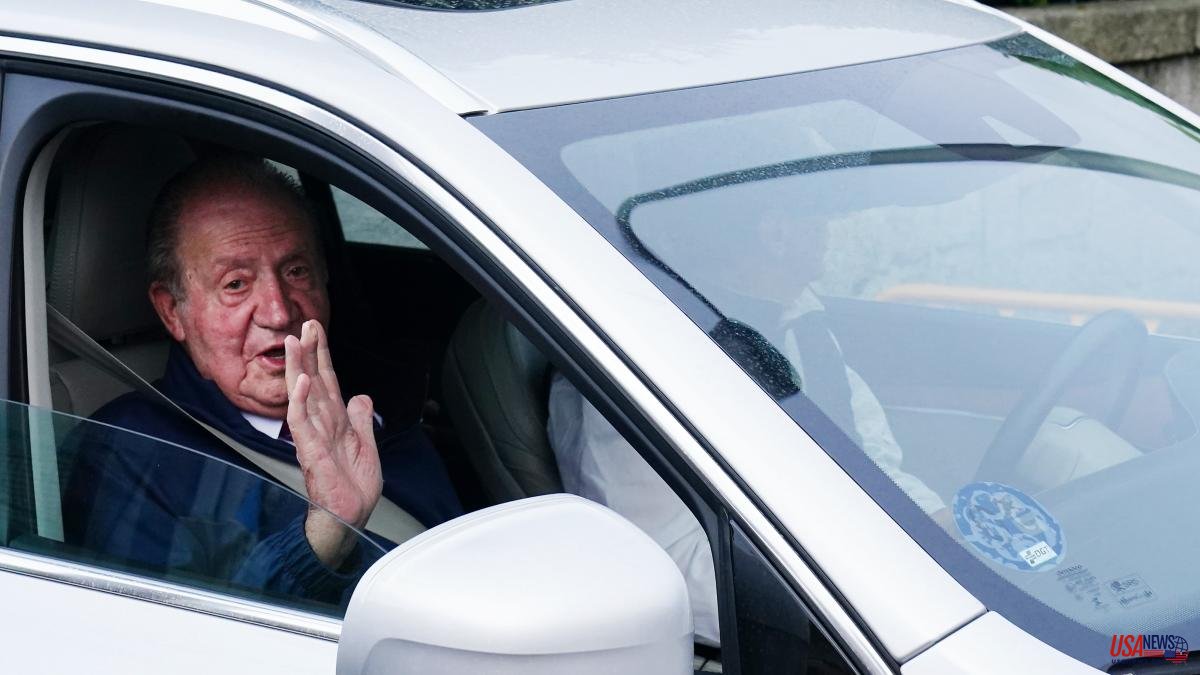 King Juan Carlos has arrived at the Zarzuela Palace shortly after 10 in the morning after a short flight between Vigo and Barajas airport to pay his first visit to his son, King Felipe, since he left Spain almost two years, harassed by information about irregularities in his personal finances.

On this visit to what was his official residence for more than four decades, Juan Carlos I will be able to meet again with Felipe VI, his wife Sofía and the rest of his closest relatives, including Queen Letizia, and the Infanta Sofía, who will leave today from school early in order to be at the family lunch.

The emeritus king entered through the main access to the palace, which will be the same through which he will leave late in the afternoon to return to Abu Dhabi, where, as he announced on March 7, he has, for the time being, established permanent residence.

The appointment comes after the previous head of state spent four days in Sanxenxo witnessing and participating in a sailing competition. "Lots of hugs and seeing the family." That is what the king emeritus expects from this visit, as he himself stated yesterday when leaving the Sanxenxo yacht club and reiterated this Monday when leaving the house of his friend Pedro Campos, where he has been staying these days.

But little is known about how this Monday's appointment will take place as it is a "private" meeting, as defined by both the Royal House and the Government. It has only transpired that at first the meeting between father and son will take place and then there will be a family lunch. It is not even known if there will be any photographs.

If in Sanxenxo the king emeritus has lowered the window of the car to offer some comment when he was heading to the Vigo airport, in Madrid the vehicle that was transporting him has not stopped and was going with the window closed. Upon his arrival at the Zarzuela, a group of citizens awaited him with Spanish flags and cheers of "long live the king and long live Spain."

While Juan Carlos I was on his way to Zarzuela, the Government, through its spokesperson, Minister Isabel Rodríguez, lamented the missed opportunity by the emeritus to give explanations and "ask forgiveness" from the Spaniards, given the fiscal irregularities that the Prosecutor's Office credited his fortune abroad. "During these days of visit, King Juan Carlos has lost an opportunity that the Spaniards were waiting for to give explanations and ask for forgiveness", the minister reproached, during an interview on RNE.