The North Korean leader, Kim Jong-un, reappeared publicly with his daughter in a photo session published today by the state media, and in which they pose senior officials of the regime involved in the latest launch of an intercontinental missile. 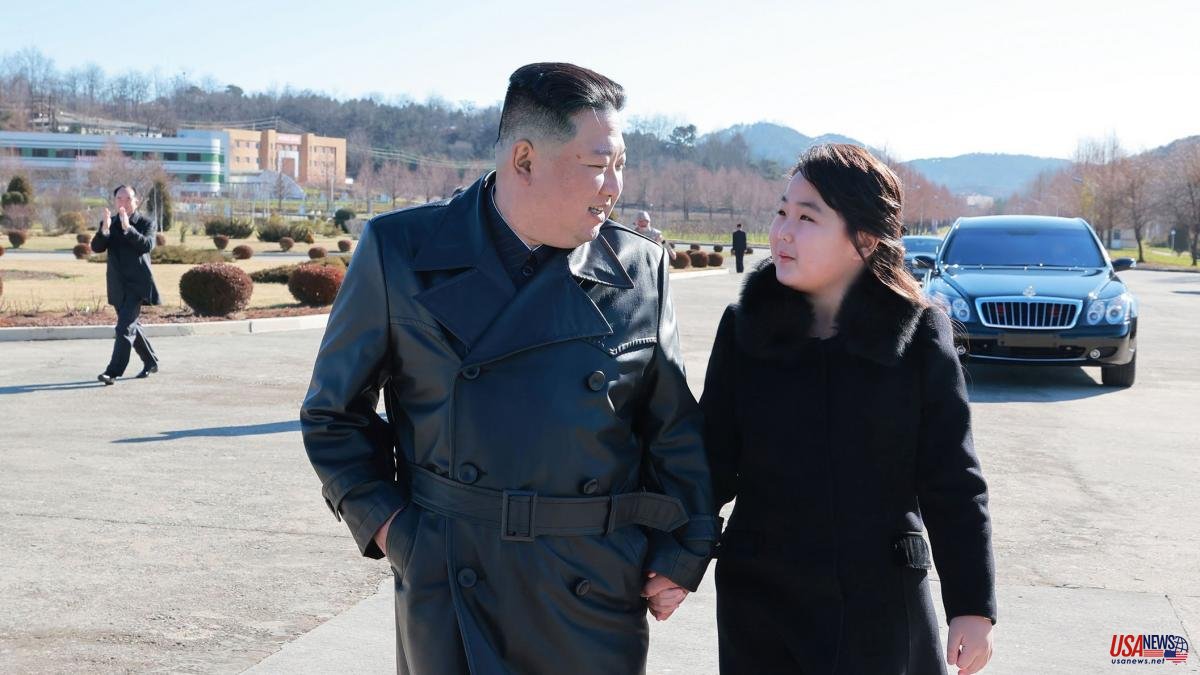 The North Korean leader, Kim Jong-un, reappeared publicly with his daughter in a photo session published today by the state media, and in which they pose senior officials of the regime involved in the latest launch of an intercontinental missile.

The photos, published this Sunday by the state agency KCNA, show Kim in various poses next to a girl, who is believed to be his middle daughter and named Kim Ju-ae, dressed in a black coat and whose physical appearance is reminiscent of that of the first lady, Ri Sol-ju.

The KCNA mentions that in the photos the supreme leader appears "with his beloved daughter" and with the military and scientists "who contributed to the successful test launch of the Hwasong-17", a test carried out on the 18th and which represents another important progress for the regime's weapons program.

The North Korean media showed the girl for the first time on the 19th in images of that aforementioned test of an intercontinental ballistic missile (ICBM), explaining only that Kim supervised the launch "together with his beloved daughter and wife", without offering more information.

In that first public appearance of the girl, she could be seen clad in a white coat listening to her father while he gave instructions to officials, contemplating with Kim the missile in its takeoff phase or walking hand in hand with him next to the shuttle of the projectile.

North Korean media rarely disseminate information about close relatives of the Kim dynasty, which has ruled the country with an iron hand since the 1940s, and the girl had so far been no exception, as propaganda had never even acknowledged her identity before. existence.

South Korean intelligence experts believe that Kim would have had three children with Ri Sol-ju around 2010, 2013 and 2017, and believe that the girl shown by the regime would be the median of these three.

After one of his extravagant visits to North Korea to meet Kim Jong-un, former US basketball player Dennis Rodman said publicly in 2013 that he held "his daughter Ju-ae", a baby at the time.