Killing is easy (and cheap) 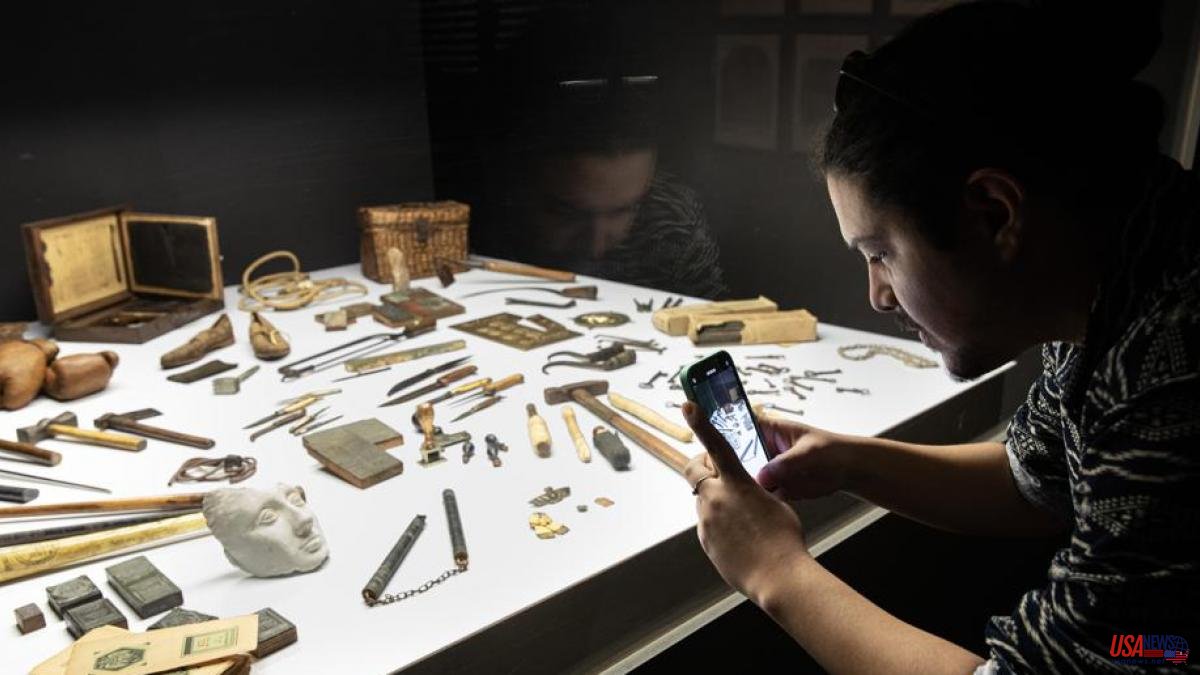 During the Spanish post-war period, murders and crimes were committed as always, but there was no money, so the "hungry" criminals managed to find cheap weapons and tools to commit their misdeeds.

The Provincial Court of Barcelona kept all this material for years, which had been used as evidence in trials. In 1955, he ceded it to the University of Barcelona, ​​which has now lent it to the Museu d'Historia de Catalunya to make it available to the public.

The Museum needed to put together a story to show these weapons and contacted the novelist Andreu Martín, author of Sociedad negra or El blues del detective inmortal, to write the script for the exhibition. The result has been the Crim i delicte exhibition, which can be visited from today until February 26 of next year.

"At that time it was said that there was no organized crime in Spain, because it was a disorganized country," Martín explained yesterday during the presentation of the exhibition. The novelist places the recognition of the existence of this type of crime in two very specific facts:

First: “One morning, a woman called a Model prisoner from Provenza street, something that was quite common at the time. As the prisoner peeked through the bars of his cell, he was shot and killed. It was a mob boss from Lyon, Raymond Vaccarizzi."

Second: “The boss of the Casalesi clan of Cosa Nostra, Antoio Bardellino, was arrested in Spain. The judges released him on bail and he fled. Later it was learned that the mafia had bribed the magistrates. Both cases occurred in 1984.”

At that time it was learned that organized crime was also operating in Spain. Because, as Martín explained, until then this type of crime had been tiptoed by with the complicity of the press "where the news abounded without specific references, without date or location or without the name of those involved."

The black chronicle of the time, through publications such as El Caso or Por qué and journalists such as Enrique Rubio or Margarita Landi, is also present in Crim i delicte . The same as the crime novel from the so-called pocket books to the boom in the noir genre, led by Edicions 62 and Manuel de Pedrolo in Barcelona with the Cua de Palla collection. In addition, the exhibition reviews well-known murders such as that of Carmen Broto or those perpetrated by José María Jarabo, the criminal of high society.