Kilian Jornet breaks the record of the Zegama - Aizkorri

The Catalan runner Kilian Jornet fulfilled the predictions and clearly prevailed in the Zegama-Aizkorri mountain marathon in which he broke the race record by nine minutes and which was won by the Dutch Nienke Brinkman in the women's version. 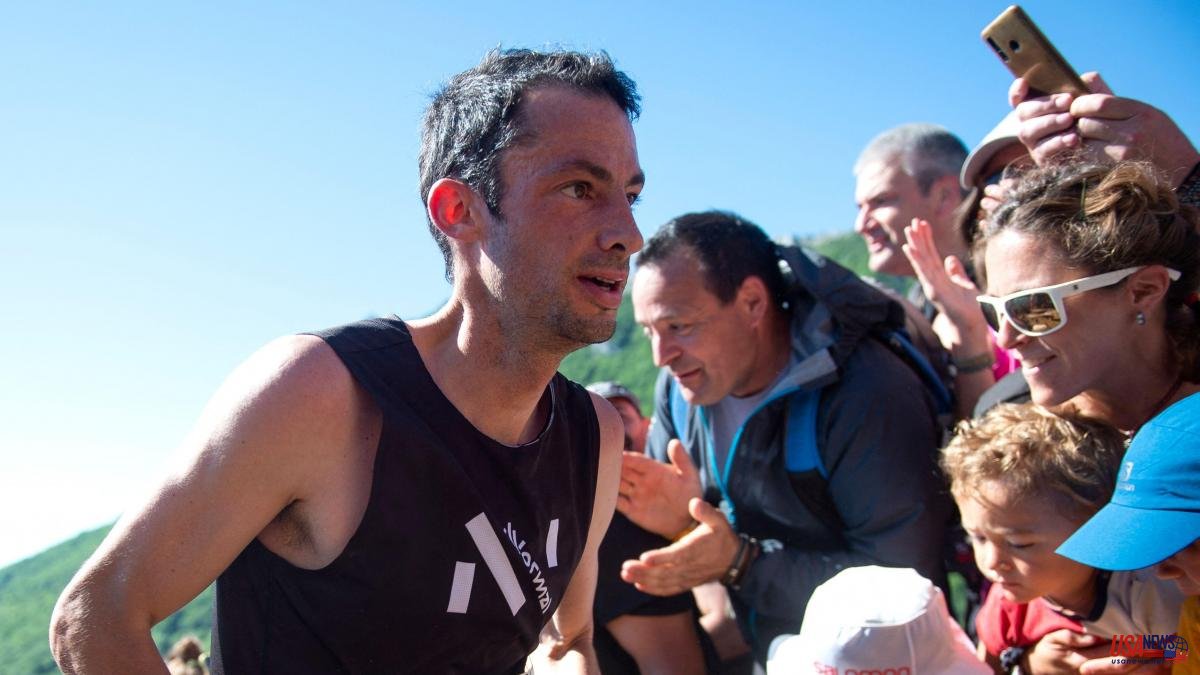 The Catalan runner Kilian Jornet fulfilled the predictions and clearly prevailed in the Zegama-Aizkorri mountain marathon in which he broke the race record by nine minutes and which was won by the Dutch Nienke Brinkman in the women's version.

A luxurious participation and favorable weather, after the race was suspended for two years due to the pandemic, foreshadowed that the historical record achieved by the Norwegian Stian Angermund-Vik (3 hours 45 minutes and 8 seconds) could be beaten, a milestone that this Sunday the Spanish athlete pulverized with authority, destroying all the partials.

The test, framed in the Golden Trail World Series, which will also be transferred to routes in France, the United States, Norway and Switzerland, has been able to certify its best edition in terms of fans, time and quality of the runners of the 21 held to date. date.

Jornet did not have an even better time because he lacked direct competition, since on the hard climb to Mount Aizkorri he took off the surveillance of the Italian Davide Magrini to travel the last kilometers alone. Leonese Manu Merillas was another of the highlights, from less to more he stepped on the podium in a final stretch in which he proved to have managed his forces very well to also achieve an excellent time.

The women's event was dominated by surprise by the Dutch Nienke Brinkman, who took off almost from the start of the favorite Maude Mathys, from Switzerland, and started a solo race to crown before the hundreds of fans gathered at the top of the Aizkorri with distance enough not to jeopardize his triumph.

Brinkman took Mathys out at the top of the course for a considerable distance (4:44 minutes), which the Swiss runner could not subtract in the subsequent kilometers, which were not so hard. She also had to exercise extreme vigilance over Sara Alonso from San Sebastian, third after a magnificent race in which she surpassed the list of foreign athletes who, by hierarchy, were destined to classify ahead of the young Basque.