Kick the buttocks of the Catalans

As the atavistic custom dictates, the buttocks of the Catalans continue to be the most suffered piece of meat and that best fits a kick at any time that chance determines. 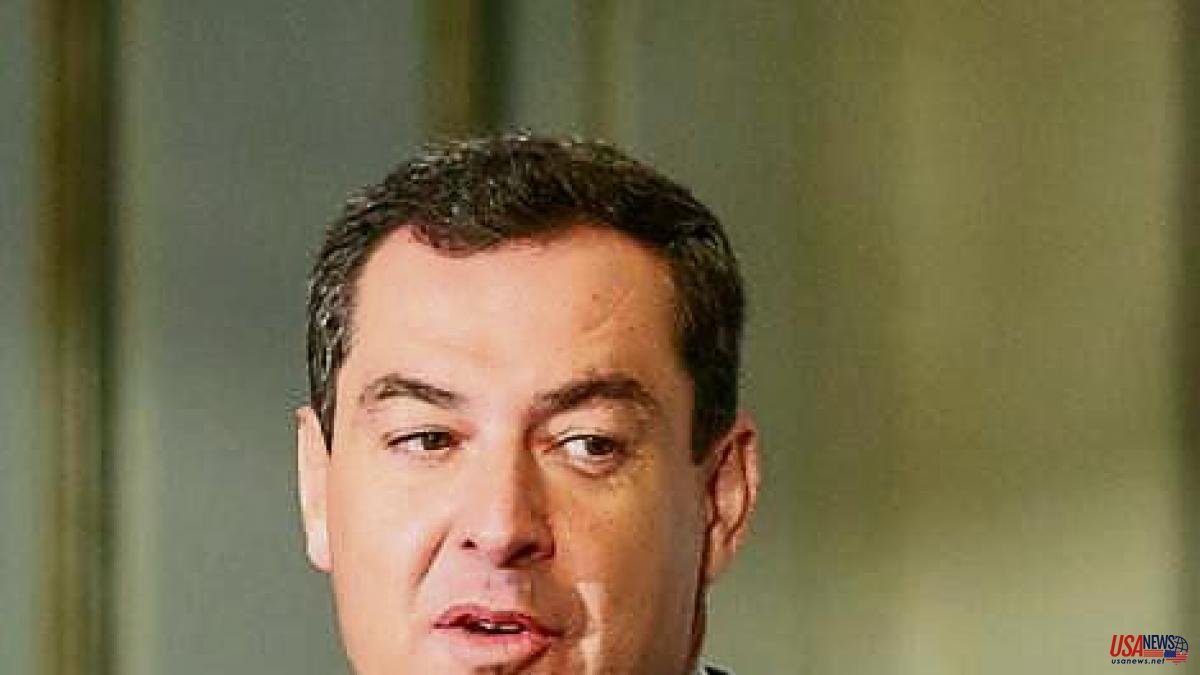 As the atavistic custom dictates, the buttocks of the Catalans continue to be the most suffered piece of meat and that best fits a kick at any time that chance determines. It doesn't matter if it's a shot or a right hand. This time he has touched on the latter through the mouth of the Andalusian president, Juan Manuel Moreno Bonilla, who, faced with the difficulty of explaining his tax reduction to the Andalusians, has resorted to the Catalan scarecrow. The equation is resolved like this in the head of any alchemist in the San Telmo palace: if it is bad for the Catalans, it is good for the Andalusians. For this strategy to be successful, it is enough for others to take the bait. Point for Juanma, who is as concerned about what is said outside of Andalusia as you and I are about the price of tolls in Senegal.

Tax populism? Of course. At least in regard to the presentation and argumentation of the goodness of the measures. It is the sign of the times. Also for the left. Pedro Sánchez has been with the milonga of the rich and powerful for months now to explain new taxes that, being reasonable, deserved to be explained in a proactive way and not as a vendetta. In Spain it is impossible to announce a fiscal measure without accompanying it with a stabbing to justify it. Rather than an income pact we are going towards a black tea party, if the expression is appropriate in an age of semantic puritanism.

Putin has ordered a partial mobilization of the population and threatened to use his nuclear arsenal. Fukuyama and the end of his story have aged poorly. The same as the prophets who announced the death of ideologies. Right and left continue to exist and fiscal policy is a recurring battlefield. Governments are ideology transferred to official gazettes. Why vote if not? That the right lowers taxes and that the left raises them is part of the natural order of things, even with exceptions. Too bad that one and the other, instead of explaining the benefits of their decisions, prefer to ask the idiot on duty to dance who will serve as their alibi. The Catalans, in the case of Juanma Moreno.

In Catalonia, more taxes are paid for two reasons. One attends simply to ideological questions. It is enough to take a look at the composition of the Parlament to corroborate it. The other responds to the inability of the PSOE and the PP –also of the parties that are in a position to decisively influence the governability of Spain– to fulfill their obligations regarding the reform of regional financing, which has been expired for nine years and that I will surround you brunette. Here there is no right or left that is worth. You can only choose between inability, irresponsibility and cowardice. Or all three things at once. Leaving this issue out of the debate when discussing the tax burden borne by the Catalans is an intellectual swindle. Although it would also be forgetting that we have a government of the Generalitat with a marked desire to put its hand in people's pockets. Last year, in the middle of the covid bill, they snuck in a new tax on cars.

But without opening the melon of regional financing, the matter is just talk. An example to understand it. The Catalan health system has worked in the last two years with 2,500 million more thanks to the extraordinary funds from the covid. The State has already announced its withdrawal. Although they are still essential to recover delayed healthcare activity and keep the system running. Three solutions: taxes, deficit or charge us the health system. What do we choose? Without stopping regional financing, the ideology – mostly leftist in Catalonia – is an ornament, a complement that accentuates the decisions. But not the main dress. That is the reality regardless of whether each of us prefers to play with the red or the blue. Excuse me, with the white ones or the black ones.