Key meeting to decide whether Araújo is operated on

Ronald Araújo will decide in the next few hours if he goes through the operating room or if he opts for a more conservative treatment. 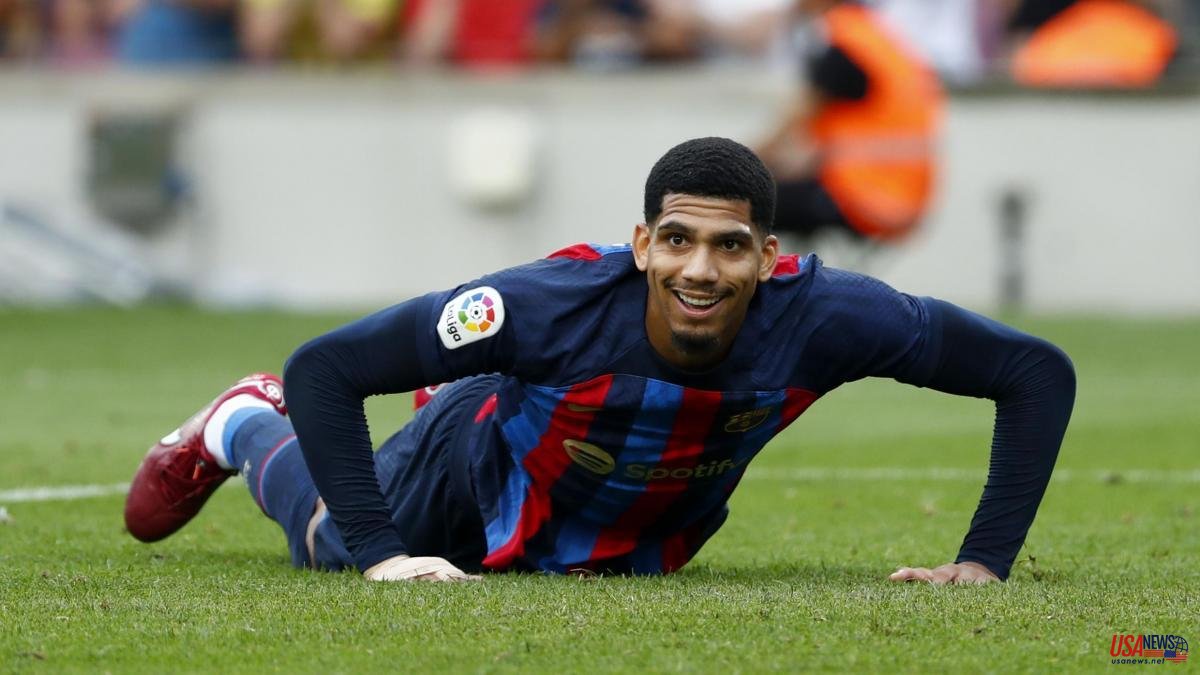 Ronald Araújo will decide in the next few hours if he goes through the operating room or if he opts for a more conservative treatment. The injury suffered by the Uruguayan in the thigh of his right leg in his team's friendly match against Iran last Friday is a serious setback for Barça and also for the player himself.

And it is that Araújo will not only be out of action in a key month of October for the Blaugrana club, with the classic in sight and especially with the double duel against Inter Milan in the Champions League, but also of his election to the time to recover will depend on his presence in full power at the World Cup in Qatar. The player is immersed in a sea of ​​doubts.

This Monday Araújo meets with the technical and medical staff of Barça to start clearing them. It is expected that it will be today when he makes the decision after he is examined for that avulsion in the adductor longus tendon of his right leg that he suffered when only 40 seconds of that national team game had been played.

Having surgery would mean having few options to play his first World Cup. Recovery requires more time than if you opt for a more conservative treatment, a priori faster but less reliable than surgery. A dilemma that Barça already experienced with Samuel Umtiti in 2018, when he preferred not to go under the knife to play the World Cup with France, a tournament from which he would become champion. After Russia his ordeal of injuries did not stop.

Barça will receive compensation from FIFA for each day that the player is injured. Economic coverage of up to 20,458 euros per day (the amount is calculated based on the fixed salary of the affected footballer) is provided to clubs for a maximum of one year when there are injuries in international matches. The Catalan entity will begin to receive the money from October 21, 28 days after the injury occurred, as specified in the Club Protection Program of the highest body in world football.

Araújo's absence, for at least six to eight weeks, upsets Xavi Hernández's plans in defence. To this setback we must add that of Jules Koundé, down for a month after ruling an injury to the femoral biceps of his left thigh in the game of the French team in the Nations League.

Unlike Araújo, the club is confident that Koundé will arrive in time for the Santiago Bernabeu derby on October 16. Until then, the Barça coach will only be able to count on three central defenders: Eric Garcia, Andreas Christensen and Gerard Piqué, the latter with barely any minutes at the start of the season.