The sights are set on the European stock markets this Thursday, on a key day due to the first rate hike in more than a decade by the European Central Bank (ECB) and due to the political crisis in Italy, where Prime Minister Mario Draghi has resigned. 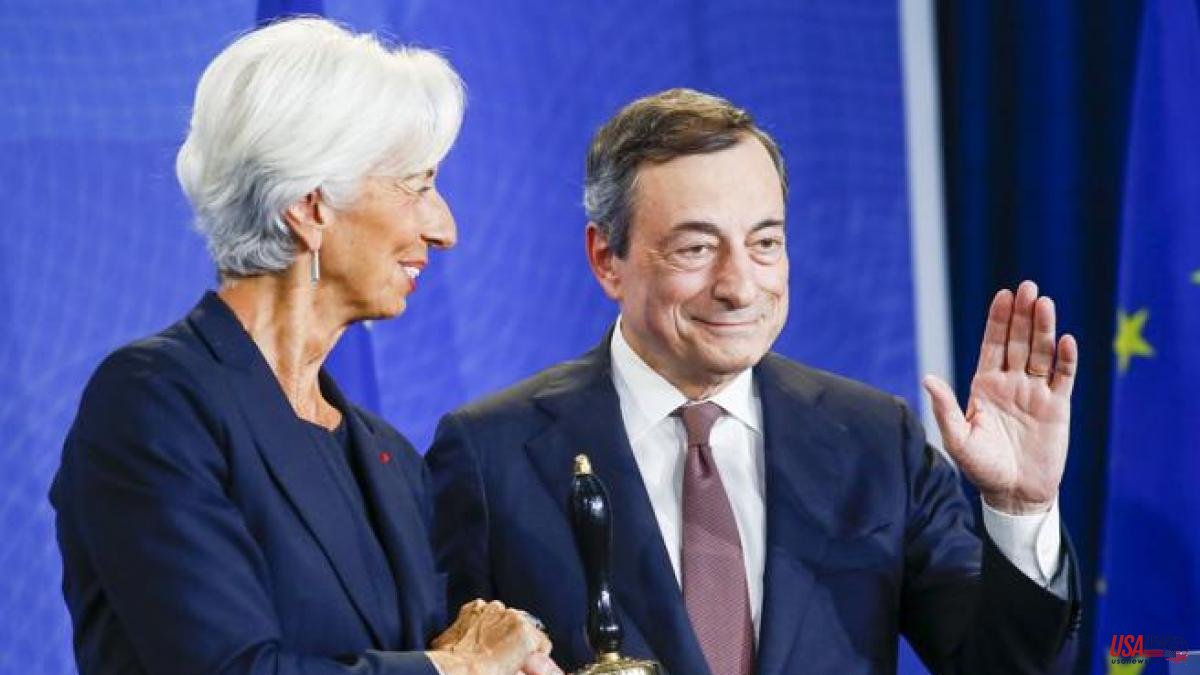 The sights are set on the European stock markets this Thursday, on a key day due to the first rate hike in more than a decade by the European Central Bank (ECB) and due to the political crisis in Italy, where Prime Minister Mario Draghi has resigned. The Milan stock market was the most affected by the political impact, with a drop that has approached 2.6% after Draghi's resignation was announced. The rest of the places hold the type and marked decreases of half a point.

The two fronts may end up being related and the entity chaired by Christine Lagarde decides on a more aggressive rise than expected to curb a possible increase in the risk premium of peripheral countries. The initial plan was for rates to rise to 0.25% today, but it could go as high as 0.50%.

The turmoil in Rome also threatens to spread to the rest of the southern countries, undermining investor confidence due to political instability. Italian 10-year bond yields rose to 3.70% in early trading, their highest in more than three weeks. The risk premium, difference with respect to the German debt to ten years, amounted to almost 245 basis points, the highest level in five weeks after soaring about 20 points, reports Reuters. The rest of the premiums remained with slight increases.

The Ibex 35 traded with losses after Draghi's resignation (-0.60%), giving up the level of 8,000 points. The trend was similar in the large European markets, with falls in London, Paris and Frankfurt. The EuroStoxx, for its part, left 0.8%.

An aggressive rate hike would stem the price rise, but disrupt activity. "The only way to significantly curb inflation is to cause a recession," Mabrouk Chetouane, director of global market strategy at Natixis IM Solutions, says in an analysis. “The so-called soft landing doesn't really exist, it's very complicated for a central bank to generate,” he says.

The positive note seems to be on the energy front, with the reopening of Nord Stream 1 after several days stopped for annual maintenance. Thus, gas flows from Russia to Germany resumed, giving Berlin and the community authorities a break, who feared that shipments would not restart. The price of gas fell 7% after the news.

The relief was also noticeable in the euro, which gained 0.5% in the exchange rate with the dollar, up to 1.0226 units and already leaving parity behind.