The death of Ken Block in a tragic snowmobile accident shakes up the motoring world. 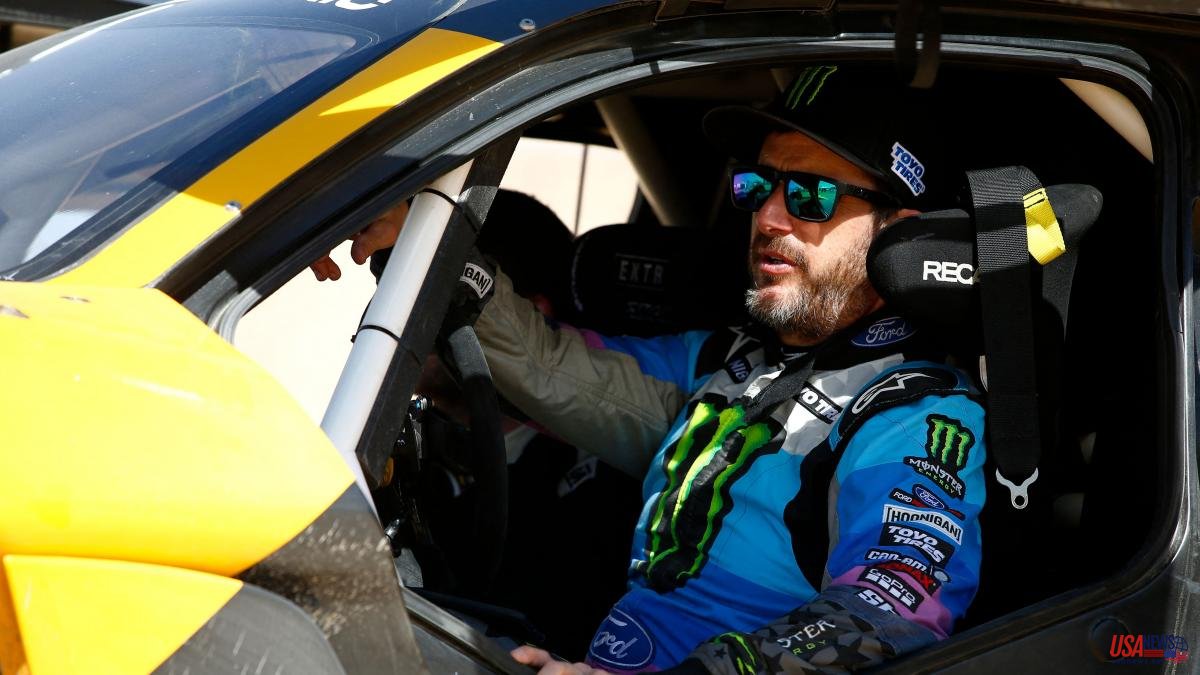 The death of Ken Block in a tragic snowmobile accident shakes up the motoring world. Throughout the day yesterday and today, various sports personalities have mourned the loss of one of the most popular and beloved drivers who had made millions of fans fall in love with his driving skills.

The 43, the number he used in his vehicles, was a rare sight of the engine, belonging to a select group of 'crazy' drivers who know how to put competition aside to get fans on their feet, like Travis Pastrana or the already late Colin McRae.

One of the most emotional farewells has been that of his daughter Lia Block, whom at just 13 years old he put behind the wheel of his Ford Scort with more than 300 horsepower so that she could learn to make donuts.

"There are no words to describe how amazing my father was, he lived so many lifetimes, accomplished more in 55 years than most people ever could in 10 lifetimes, and lived his life to the fullest every day... I love you to death. luna and back Kenny Boi", his daughter shared on her social networks.

Social networks have been plagued with messages of remembrance towards the Californian. Fernando Alonso, Lewis Hamilton, Carlos Sainz, Sébastien Loeb, the FIA ​​and other athletes and entities have wanted to show their affection and respect for the loss of Ken Block.

The death of 43 not only means not being able to enjoy the driver again in competitions, but we will not be able to enjoy his displays again, taking some of his 'babies' to the maximum, such as the Audi S1 ​​Hoonitron, the Ford Fiesta GYM3, Ford Escort MK2 RS, Ford F-150 RaptorTRAX, Ford Mustang Hoonicorn RTR or his legendary Subaru Impreza WRX STI with which he became known.

The Californian rally driver had visited the RACC Catalunya-Costa Daurada Rally on several occasions and although he failed to stand out in qualifying, he quickly became one of the most beloved drivers by the Catalan fans. He went to the asphalt of the Costa Daurada on several occasions, not only displaying his speed, but also delighting fans in the gutters with skids and donuts everywhere.

The driver who left the mark of his tires on the streets of Las Vegas a few months ago in his last Gymkhana was passionate about all kinds of vehicles and tuning. Cars, motorcycles, trucks, bicycles... Everything likely to make a Californian smile was taken to the maximum in terms of performance and design to show his abilities to his fans.

Ken Block had already shared on several occasions images of himself mastering a snowmobile, in such a way that it made any type of stunt look easy. What's more, in the last photo shared on Instagram before the fatal accident, you could see how the snowmobiles, which were possibly his last vehicle, were covered by a blanket of snow.

The American had also transcended in the world of fashion, especially sportswear with his brand DC Shoes. Similarly, he had created his own racing team, the Hoonigan Racing Division, from where the pilot's death was reported.

Since he began his sports career in 2005, he has left us postcards in magical places where his exhibitions took place on the fine line of tragedy or legend. But without a doubt, what the fans will miss the most will be his Gymkhanas.

In them, he drove his cars through the streets of cities like San Francisco, London or Los Angeles, leaving the smell of burned rubber from his tires in the air. All of these can be seen on his YouTube channel and will remain for posterity, just like the memory of one of the most skilled and charismatic pilots.