The name Minnesota comes from the language of the Lakota people, a Sioux tribe that for centuries hunted and gathered on the great prairies that stretch across the central and western United States. 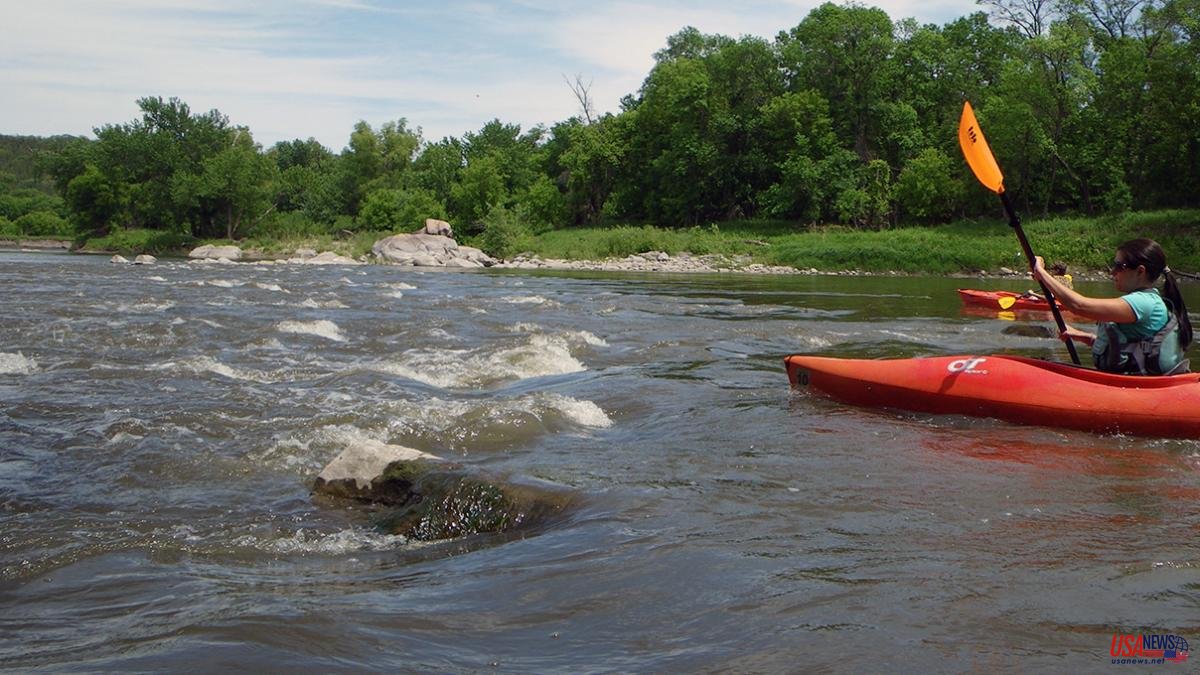 The name Minnesota comes from the language of the Lakota people, a Sioux tribe that for centuries hunted and gathered on the great prairies that stretch across the central and western United States. The word mnisota means "sky-tinted waters" or "sky-blue waters."

There are numerous place names of Indian origin throughout the state, many of which begin with mni or minne, meaning "water." It is logical. The entire territory is articulated around the Minnesota River, one of the most important in the North American zone with its 534 kilometers long.

This imposing torrent of water is the ideal place for kayakers. The calm water areas allow pleasant crossings, although some of them end in a surprising way. This is precisely what happened to two hikers last summer.

They decided to go out to practice their favorite sport on the river, with less flow than usual due to the drought, and they ended up coming across a skull from 8,000 years ago. The unusual find appeared about 180 kilometers west of Minneapolis, the state's most populous city.

The two kayakers quickly called Renville County Sheriff Scout Hable, who decided to contact a medical examiner suspecting the discovery might be related to a missing person case or murder.

The skull ended up in the hands of the FBI, where an anthropologist used radiocarbon dating to determine that it likely belonged to a young man who lived between 5,500 and 6,000 BC. "That that bone was so old left us in shock," Hable himself recently explained to Minnesota Public Radio.

The investigators determined that the skull had a blow that "perhaps suggested the cause of death." The sheriff's office released the find a week ago and drew sharp criticism from Native American representatives, who said showing the images of his ancestor was an offense to their culture.

After the sheriff posted about the discovery Wednesday, his office came under fire from several Native Americans, who said posting photos of ancestral remains was offensive to their culture.

"We didn't want it to be offensive at all," said Hable, who proceeded to delete the post. The remains will be turned over to tribal officials in the Upper Sioux community.

Kathleen Blue, an anthropology professor at Minnesota State University, explained in The New York Times that the skull was definitely from an ancestor from one of the tribes still living in the area. The youngster would likely have eaten a diet of plants, deer, fish, turtles, and freshwater mussels from a nearby area, rather than chasing large mammals such as bison on his migrations.

"There probably weren't that many people wandering around Minnesota 8,000 years ago, because the glaciers had only retreated a few thousand years earlier," Blue concluded. The last Ice Age (also called the Würm Glaciation) began around 110,000 years ago and ended around 9,700 BC.