Kate Winslet: "The public awaits another 'Avatar' multiplied by 100"

The name of Kate Winslet began to resonate around the world in 1997 with the brilliant success of Titanic, the first film that brought her together with James Cameron. 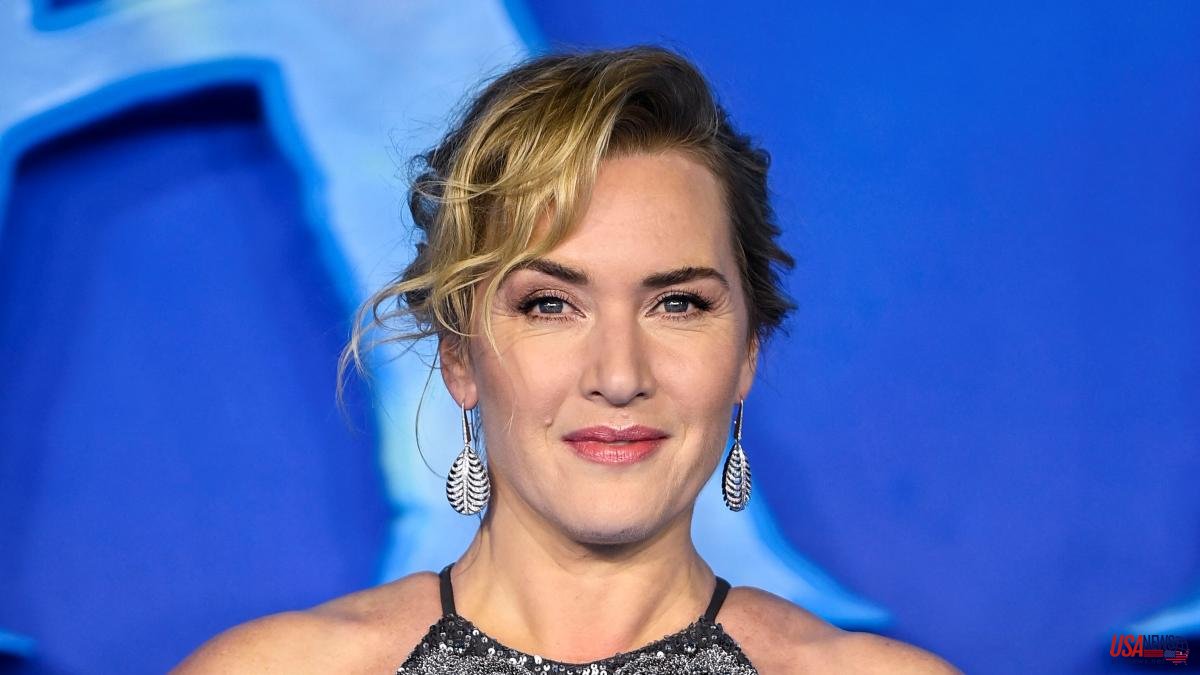 The name of Kate Winslet began to resonate around the world in 1997 with the brilliant success of Titanic, the first film that brought her together with James Cameron. Twenty-five years later, the British actress and the Canadian director meet again in Avatar: The Sense of Water, another mammoth project that hopes to explode the box office this Christmas.

The 47-year-old interpreter is a fan of the first installment of Avatar. “I found it very powerful and extremely emotional. So I was really excited when Jim said, 'I would love for you to be a part of this project,'” she says. The element of water was another big draw: "All Titanic jokes aside, I've always loved water. And I love being underwater. When Jim told me I would have to learn to freedive, I was I'm so happy. It's one of the most fantastic gifts I've ever been given."

Winslet plays Ronal, the Tsahik of the Metkayina clan. "I describe her as a leader and warrior goddess. To a large extent, she is the warm and motherly element of the town." She is married to Tonowari and they have two children, Aunong and Tsireya. "Ronal is very suspicious of Jake, Neytiri, and their children when they arrive seeking refuge for his family. He reluctantly takes them in, which is the Na'vi way of accepting them. But he worries that the Sully children are corrupting their own children. His Their children go from doing what their mom and dad tell them to suddenly breaking some rules, which poses a huge challenge for Ronal. It's the sense of family that grounds these stories about truth and integrity."

For the Oscar-winning actress of The Reader, working with Cameron again has been very special. "He's very proud of the relationships he has with his actors and that's something to appreciate. It's been amazing because it's allowed me to add a lot of insights about Ronal that he's included. Jim is convinced that human beings are capable of doing things almost superhuman at times. I don't know a person in my life who thinks that way. He also believes that everyone can try a little harder than they once thought they could. I love seeing him encourage others to go the extra mile and try that new experience that they feared or that intimidated them".

She herself has had to undergo a great physical challenge that her character demanded of her. "I wish I could say that I am one of those people who meditates and lives a very clean life in all areas, but the truth is that I am not and meditation is a pending issue for me. But when you are holding your breath you enter in this meditative, almost trance-like state because you're forced to relax. You have no choice but to clear your mind because you use up more oxygen holding that breath than thinking about anything else. It's a very strange thing to be hanging there thinking 'I've been here for at least five minutes'. It's very, very rare. Before this movie I couldn't hold my breath for 20 seconds! I'm very happy with what I've achieved and I hope I can use it in other places and also in my own life."

Winslet is currently shooting Lee, where she plays Lee Miller, a British Vogue correspondent during World War II, who embarks on a mission to expose the hidden truths of the Third Reich. Proud of her passage through the long-awaited sequel that comes back to the Pandora universe, she is clear that what awaits the public "is another Avatar multiplied by 100".