Karin Smirnoff, the woman who will write about men who did not love women

There is already a chosen one: the Swedish writer Karin Smirnoff (Umeå, 1964) will be in charge of continuing the novels of the Millennium series, starring Lisbeth Salander and Mikael Blomkvist. 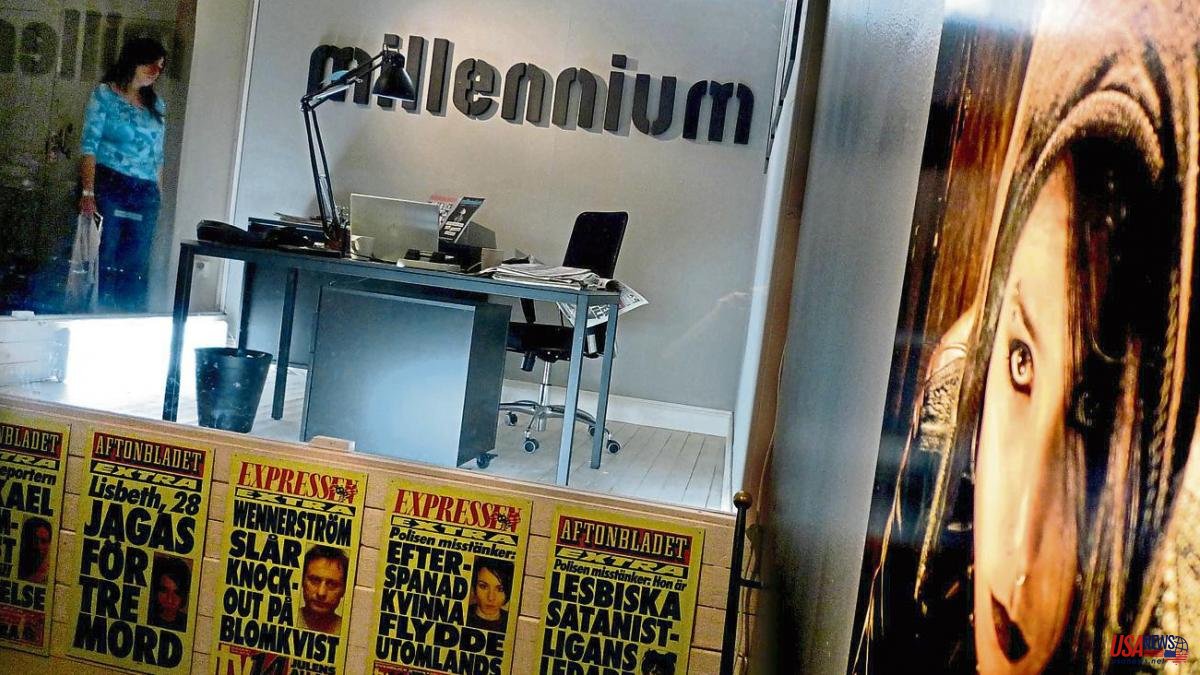 There is already a chosen one: the Swedish writer Karin Smirnoff (Umeå, 1964) will be in charge of continuing the novels of the Millennium series, starring Lisbeth Salander and Mikael Blomkvist. The publisher Norstedts and the agent Magdalena Hedlund, who represents the heirs of Stieg Larsson (his father and his brother), made the decision last December. If the forecasts are fulfilled (something to be expected in people from the north), the first Millennium written by Smirnoff will appear in Swedish in November of this year.

But who is Smirnoff? Because she? How does the great goose that lays the golden eggs of the Swedish publishing industry – 105 million copies sold – put its treasure jewel in the hands of a semi-unknown author, who debuted only four years ago, and with whom she has signed a contract? for three novels?

Smirnoff published, in effect, her first novel in 2018, when she was already 54 years old, although she assures that she has been writing all her life: "Several unpublished novels, poems, stories, diaries... I consider it practical."

Two weeks ago, this author of five books –none of which has yet been translated into Spanish or Catalan, according to the ISBN– opened the doors of her penthouse in Stockholm, in the Södermalm neighborhood, to the press, not very different from the one in which Blomkvist lives in fiction. and in which one of her three children normally lives, since she spends more time, in the south, in the province of Scania or, in the north, in Piteå, a village of ten houses where her family comes from and where she runs a company who manufactures wooden furniture. "I'm happy there, no one asks me about my books," she says. In fact, being a logging businesswoman was her main activity until she published, in 2018, the novel Jag for ner till bror (My brother). “I have only changed one form of cellulose for another,” she jokes. With my grown children, tired of the routine in the company, I thought maybe I could throw myself into writing, and I enrolled in a creative writing course at Lund University. I was an unknown and the book went unnoticed until it was promoted by a podcast.

This first installment of its fictional protagonist, the artist Jana Kippo, converted into a domestic worker and who takes care of her alcoholic brother, was followed by Vi for upp med mor (We go up with mom), which deals with the subject of sects, and Sen for jag hem (Then I went home). In addition, she published, last year, Sockerormen, about the friendship between three children and a music teacher. Her books reflect the reality of the working class – which is to the liking of Larsson's father, Erland, an old trade unionist – even though “I am not a political author”. Her trilogy addresses issues such as contempt for women, humiliation, violence, suicide and incest. It was at the Sockerormen launch party that his editor at Polaris, Jonas Axelsson, asked him if he had read Millennium. She replied that the three by Larsson were yes, although not the following by Lagercrantz, “because I'm not a big fan of Scandic noir as a genre”. Could you continue it?, her editor blurted out. "Of course I could," she replied. "Especially for Lisbeth Salander and because Larsson's anger is also my anger, rage at problems like the tyranny of money, gender inequality, the subjugation of the poor and the humiliation of the weak."

The scouts who toured the Swedish bookstores looking for a successor to Lagercrantz saw in Smirnoff, in addition to class consciousness, a character, Jana Kippo, with parallels to Lisbeth Salander, both fragile, surly and running away from their chaotic emotional life, afraid of Get deeply involved in romantic relationships. And, why not say it, they also looked at the figures: it has sold 700,000 copies.

How does Smirnoff see the characters? “I will return to the Larssonian origins. Lisbeth Salander is too much of a hero for me, I'm going to portray her more as a teenager and dig deeper into her relationship with the evil Niedermann."

The seventh Millennium will be set in the north of Sweden, an area where million-dollar industrial investments are made "and, along with the money, crimes come." It will also address the issue of "psychological violence, which can be as harsh or harsher than physical aggression." The author is interested in “the enormous amount of violence that one person is capable of inflicting on another. I have practiced karate and I know mechanisms to kill a person but it would never occur to me to use them. However, there are people who enjoy killing. I want to understand the darkness. It is, for me, as important as light and love”.

Stieg Larsson (1954-2004) was a journalist who decided to write a series of novels – he projected ten – for which he prepared himself by reading the classics of the genre. "This way we will have a pension," Eva Gabrielsson told his partner, convinced of his success. He died of a heart attack before the first was published. He left three finishes and a fourth started. His wife has not inherited anything, because they were not married or registered. The father and brother manage the legacy, and have decided that a part of the millionaire benefits go to the Expo magazine, where Larsson worked, and which has gone from precariousness to an important media deployment.