Voters in Kansas have voted overwhelmingly in favor of abortion, the first state to put this issue to a referendum after the Supreme Court in June abolished the national right to terminate a pregnancy that the same court established half a century ago with its ruling. 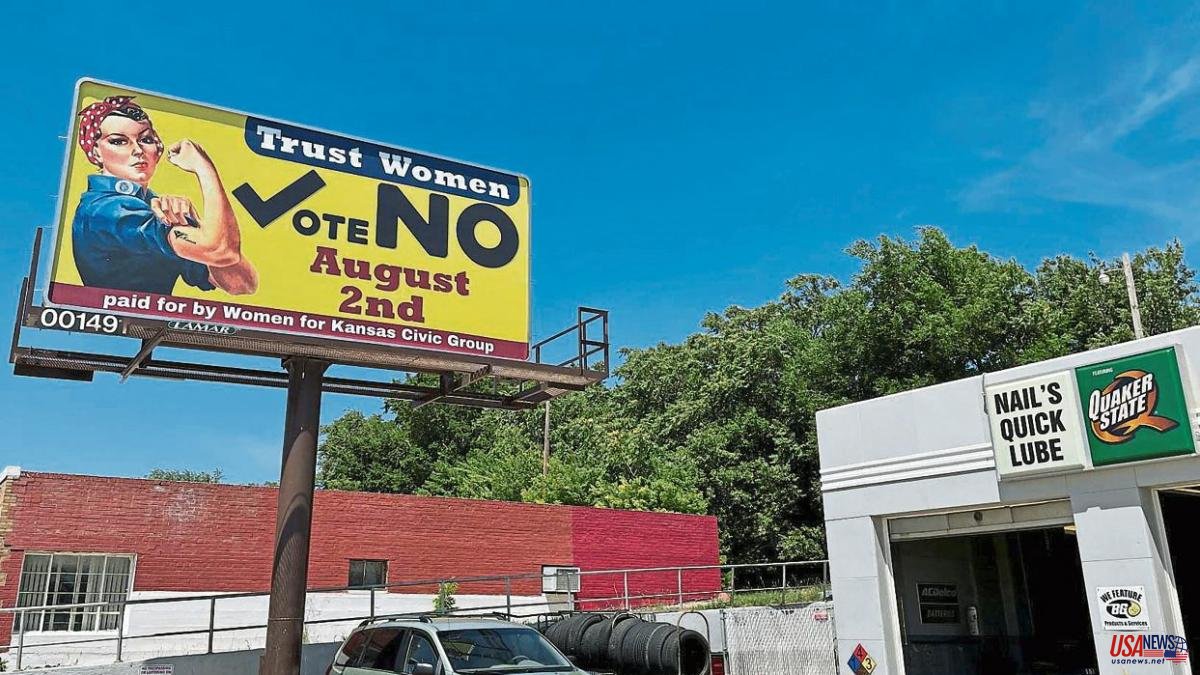 Voters in Kansas have voted overwhelmingly in favor of abortion, the first state to put this issue to a referendum after the Supreme Court in June abolished the national right to terminate a pregnancy that the same court established half a century ago with its ruling. In the case Roe v. Wade. The referendum has achieved a very high turnout, unusual on a primary day, and there have been long queues throughout the day.

This result resonates throughout the country because it is the first test after the Supreme Court ruling and the ability to mobilize the electorate has been demonstrated in a Republican state, which awarded victory twice to Donald Trump and has not supported it for half a century. to a Democratic president.

Despite being a red state, the polls have shown the cross-cutting nature of this issue, since in the most conservative counties the (Republican) proponents of the restrictions have lost a lot of support, when compared to the general elections, and it follows that Republicans may lose electoral strength by making abortion one of their hallmarks.

The count has been eloquent, with a distance of more than 150,000 votes and almost 25 points of difference in favor of "no" to the amendment that sought to expand restrictions on abortion to the point of making it very difficult or practically a total prohibition of the procedure.

Counties in which Trump won, this time the percentage of the Republican vote against women deciding has plummeted, while support for abortion has overwhelmed the votes Biden received in territories dominated by Democrats.

The defeat of the constitutional amendment in favor of the restrictions represents a huge boost for the pro-abortion movement at the national level. It confirms what numerous analysts had assured about the outdated judiciary given its scant harmony with social reality. As the polls show, a large majority of citizens support women as having the last word, while a minority of voters, thanks to the electoral system, impose their criteria on the rest of the country.

Kansas expresses clear evidence of the political reaction to the rejection that the high court's decision generated. The large margin even comes as a surprise, because such a large victory was not expected. This circumstance underscores the importance of this issue and its decisive projection ahead of the legislative elections next November.

President Joe Biden has not been slow to release a congratulatory statement. "This vote demonstrates what we already know: the majority of Americans agree that women should have access to abortion and that they should have the right to decide about their health," he said.

"If abortion is present at the polls, it is clear that a large majority is in favor," said Cecile Richards, activist and former president of Planned Parenthood. "Republicans have been able to confirm that this energizes Democrats," she insisted on MSNBC.

The progressives saw in the Supreme Court ruling that it could be a factor that would change the electoral game and that would allow them to come back after bad forecasts due to the unpopularity of President Joe Biden. Kansas has offered them a moment of euphoria by confirming that abortion is an issue that drives voters out of indifference.

This was a primary Tuesday. In general, it does little to mobilize the voters of the party that controls power, and more so when the White House provokes doubts and the feeling that the US is not on the right path, with inflation not seen in four decades.

So thought the Republicans, who control the legislature. But, as they say, the shot has backfired on them. The Supreme Court transformed the panorama and the conservative defeat resounds in a big way.

The roots of this amendment began to grow in 2019 when the state Supreme Court struck down some restrictions and found that the right to abortion was guaranteed by the Kansas constitution. This decision caused anger among Republicans, who have spent years campaigning to impose restrictions on abortion. They used a supermajority in 2021 to get this amendment through the ballot box.

The victory for abortion rights is also a beacon of hope for women in neighboring states, where they have already drastically limited abortion and made it virtually impossible (Oklahoma and Missouri) or are on the way to doing something similar ( Iowa or Nebraska).