Kahnweiler, Picasso, Klee and the others 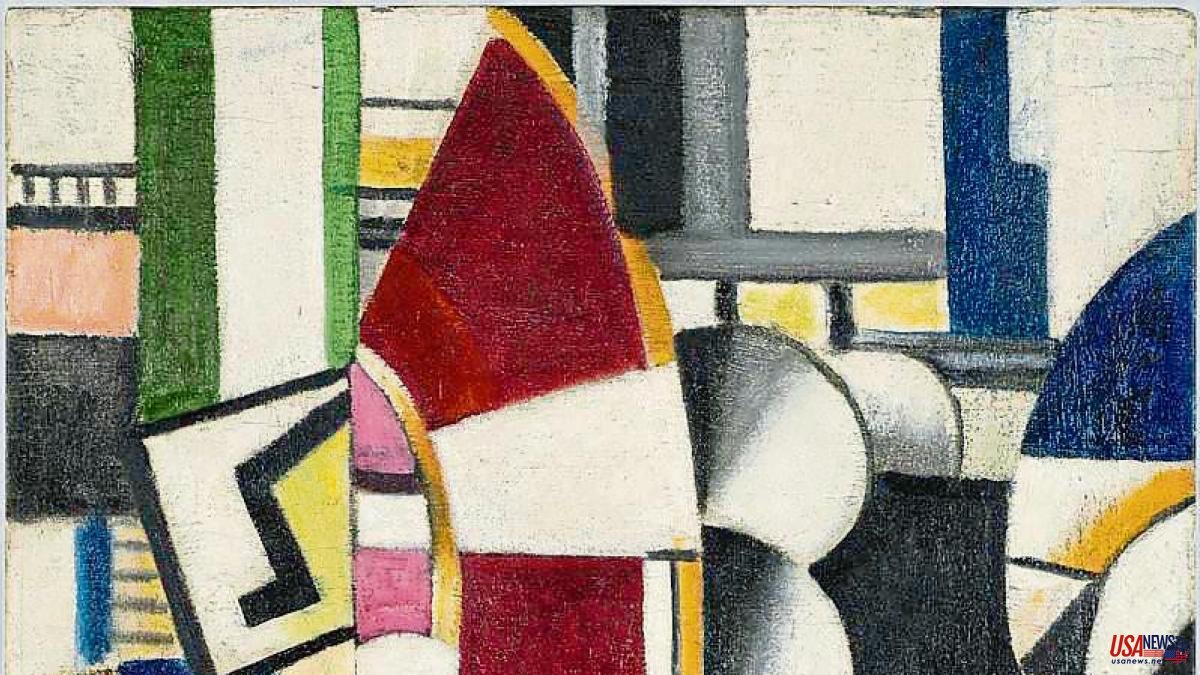 Daniel-Henry Kahnweiler. Art dealer and publisher, presented by the Museu Picasso in collaboration with the Center Pompidou, is one of the exhibitions of the year and represents a significant contribution at an international level. It is also an important exhibition for Barcelona, ​​a city that for some years has shown symptoms of neglect – of institutional, not civil origin – and which therefore needs, among other things, to organize top-level exhibitions like this one.

The collaboration between the Barcelona and French museums and the curator Brigitte Leal with Emmanuel Guigon has allowed for the first time to bring together a set of representative works of figurative and abstract art that Kanhweiler defended, in whose small gallery, in a sample made up of works by Braque, Picasso, Gris and Léger, cubism was born. Kahnweiler knew how to spread the new art like a good dealer, but he also knew how to defend it with writer's arguments, with the initiatives of an avant-garde publisher and with the criteria to value innovative plastic arts and poetry, when very few knew how to appreciate them. "What would he have become of us?...", Picasso wondered when trying to imagine his artistic career and that of his avant-garde colleagues without the decisive intervention of Kahnweiler. Picasso might have found another option, but possibly Juan Gris would be unknown today and neither would Togores or Manolo Hugué have the same consideration. And the Museu Picasso in Barcelona –without Kahnweiler and without the Gaspar family– might not exist. Furthermore, as a German residing in France, Kanhweiler was deprived of his collection in 1914, despite being a Francophile and a pacifist. And in 1940, due to his Jewish cultural background, he was stripped of all his property by the Nazis.

Beyond the well-deserved tribute to one of the most influential personalities in 20th-century art, a visit to this exhibition is a delight for lovers of modern painting in its various variants: from a Fauvist landscape by Georges Braque painted in 1907 ( Le Golfe des Lecques) to the portrait of a woman who smiles while peeing – or vice versa – painted by Picasso in 1965 (La pisseuse), going through cubist paintings by Gris that resemble sheet music made with fragments, signs and textures of objects (Nature morte au livre, Saint Matorel, 1913) or by the four paintings by Klee, which are wonderful, especially –translation of the original German title– the drawing Spring Sun or Ruins and Plants with the Rotating Sun (1919) and the oil and Arrow in the Garden (1929). But there is much more. Especially, the publications where diverse artists collaborated, generating interdisciplinary dialogues. In addition to some of the best painters of the time, Kahnweiler summoned poets and writers such as Artaud, Apollinaire, Max Jacob, Bataille, Gertrude Stein, Malraux and Michel Leiris, and musicians such as Erik Satie.

Unfinished movies. Attention to the new book by Carles Prats. Who was the author of the wonderful documentary I want to have a hardware store in Andalusia –starring the leader of the Clash, Joe Strummer– and director of the memorable magazine L'Home Invisible, has published a book of memoirs, chronicles and light and deep reflections that makes think, smile and laugh: three good verbs. I read Pel·lícules inacabades in its original version in Catalan –there is a Spanish version by the same author– and I came to the conclusion that Prats is a master of ironic tone and subtle humor. In some passage you can remember Josep Pla, but Carles Prats is better, because he delights in the absurdity of certain situations, but he does not judge or despise. His vision of human beings is benevolent as well as lucid and very funny, like Jacques Tati's. My favorite chapters are the one on successive birthdays and the one on the trip to Romania by Christopher Lee, the actor from the classic Dracula. The only flaw is that it is only distributed by Amazon.