The South Korean K-pop group BTS, one of the most influential on the planet, announced on Tuesday its temporary separation after completing nine years of musical career. 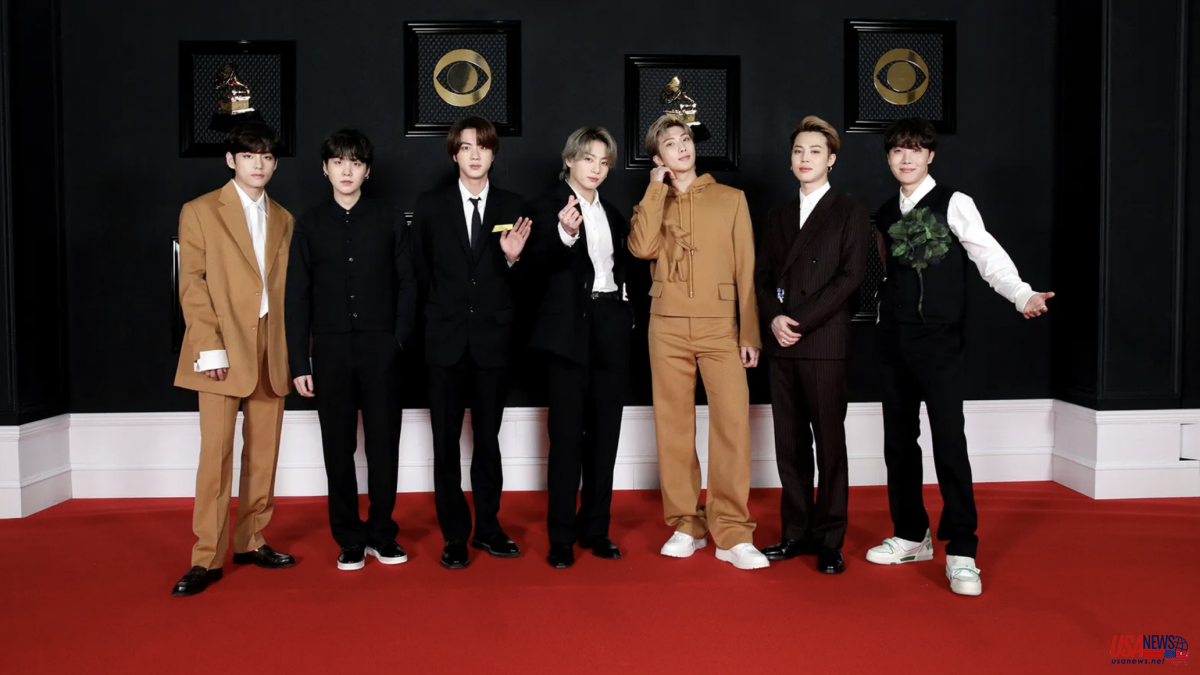 The South Korean K-pop group BTS, one of the most influential on the planet, announced on Tuesday its temporary separation after completing nine years of musical career. Just three days after releasing a new album on the market, the group made up of seven young people has announced their decision to focus on solo projects. The news has been known through a streaming video where they have appeared having dinner and celebrating their anniversary on the occasion of the BTS FESTA.

One of the members Kim Nam-joon, better known as RM, has explained that after several nominations for the Grammy Awards, "they no longer even knew what group they were", adding that they are "exhausted". And he added: "I always thought that BTS was different from other groups (...) but the problem with K-pop and the whole star system is that you don't have time to mature," the 27-year-old continued. "In ten years I have changed and I need to reflect and have time for myself," the artist concluded.

In 2021, BTS posted annual revenues of over $1 billion, fueled by online content and album sales. In addition, the group became the first Asian band to win the artist of the year award at the American Music Awards last year.

The group was invited on May 31 by President Biden to the White House to denounce racism against Asians in the United States. "Many of our Asian American friends have been the target of real discrimination. Hate only hides. When good people talk about this and say how bad it is, it falls apart. Thank you," Joe Biden told the idols before the media Communication.

In addition, the septet has already been invited twice to address the United Nations, in 2018 and 2021, in particular on climate change and the covid pandemic.

BTS made their debut in June 2013 and became a global sensation with their upbeat hits and social campaigns aimed at empowering youth. The group is set to release their new album, "Proof," on Friday.