The JxCat spokesperson in Congress, Míriam Nogueras, has presented amendments to the reform of the Criminal Code in relation to the crime of embezzlement, so that the political action of those who fulfill their electoral program without illegitimately benefiting from public money cannot be penalized . 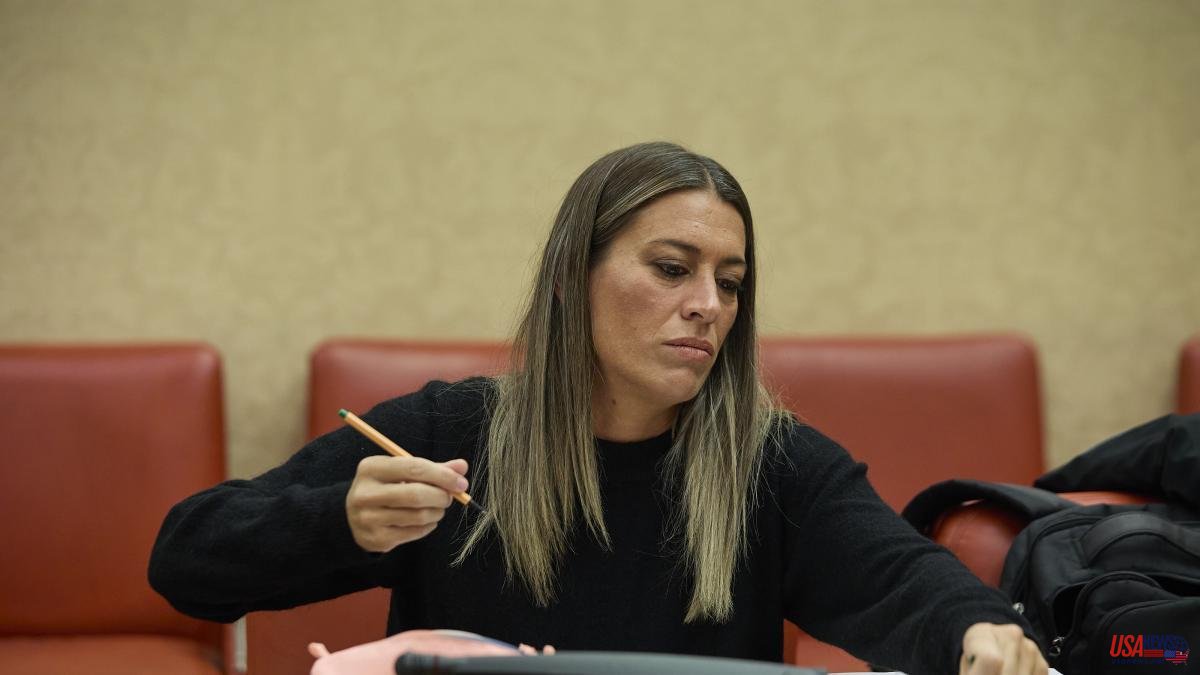 The JxCat spokesperson in Congress, Míriam Nogueras, has presented amendments to the reform of the Criminal Code in relation to the crime of embezzlement, so that the political action of those who fulfill their electoral program without illegitimately benefiting from public money cannot be penalized .

In this way, Junts, which until now had not expressed the intention of partially amending the text, against which it had presented an amendment to the entirety with an alternative text, anticipates the intentions of Esquerra, which has a deadline this Friday to amend the PSOE and Unidas Podemos bill to reform the Penal Code in the same sense.

In an interview with EFE, Nogueras has come up with the plans of the Prime Minister, Pedro Sánchez, who does not rule out that the crime of embezzlement can be reformed.

The amendment presented by Nogueras wants to go beyond a simple "reduction of sentences" and calls for reversing one of the effects of the reform of the Penal Code of 2015 promoted by the Government of Mariano Rajoy, so that judges do not have the "tool " that allows them to "classify as corruption" the fulfillment of an electoral program that implies carrying out the independence of Catalonia.

Specifically, JxCat proposes to "repeal" article 219 of the Organic Law of 2015, to "reverse the error committed" then and "roll back the regulation of article 432" of the Penal Code, referring to penalties for embezzlement, to the wording of this crime "in the terms established until said legal reform".

Nogueras has remarked that, in 2015, the PP reformed the Penal Code to "penalize those who had prepared" the 9-N 2014 sovereignist consultation, which was a commitment to the "electoral program" of the then president of the Generalitat, Artur Plus.

The CiU program, he recalled, "was not challenged", so in order to penalize the 9N "they were forced to twist the law" and "classify this political action as a crime and corruption".

"Corruption is fought with the Penal Code in hand, but political action is fought at the polls. It is the citizens who must decide who they want to manage their resources", stressed Nogueras, who has insisted that "it cannot It could be that for executing a legal electoral program there are politicians who end up in jail".

In the justification section of the amendment, which according to Nogueras is situated in a "European legal framework", JxCat stresses that embezzlement "cannot be equated to unfair administration".

"Attempting to soften the current wording by adding the profit motive requirement to maintain the sentence, or to reduce the sentence while maintaining the rest of the elements of the type, is to continue including among the crimes of corruption conducts that are not corrupt, but rather fall within the exercise of the faculties that legitimately correspond to the authorities or public officials", he maintains.

The responsibility of authorities and public officials, warns JxCat, "can only be political" or "accounting", so it is not necessary to allow in this case the "illegitimate interference of subjects outside the political function such as judges".

Thus, the JxCat amendment proposes modifying article 432 of the Penal Code to establish prison sentences "from three to six years" and disqualification "from six to ten years" when an authority or public official steals or allows theft "for profit public funds that they are in charge of.

It also proposes prison sentences of four to eight years and disqualification from ten to twenty years if "the embezzlement is particularly serious" due to the volume of money stolen or the damage to public service.

With these changes, JxCat seeks to repair the "error" of the 2015 reform, because "it is not the same to benefit or benefit third parties at the expense of public money than simply giving this money a use that may be considered illegitimate by the opposition" or by a judge but responds to compliance with a validated electoral program.

The first of the conducts, according to JxCat, is deserving of "criminal sanction", while the second falls within the "legitimate political discretion", for which reason it can only entail "political responsibilities" or, at most, "accounting".