The icing on the cake of the last hearing of the season of the investigation commission on January 6, 2020 took place this Friday. 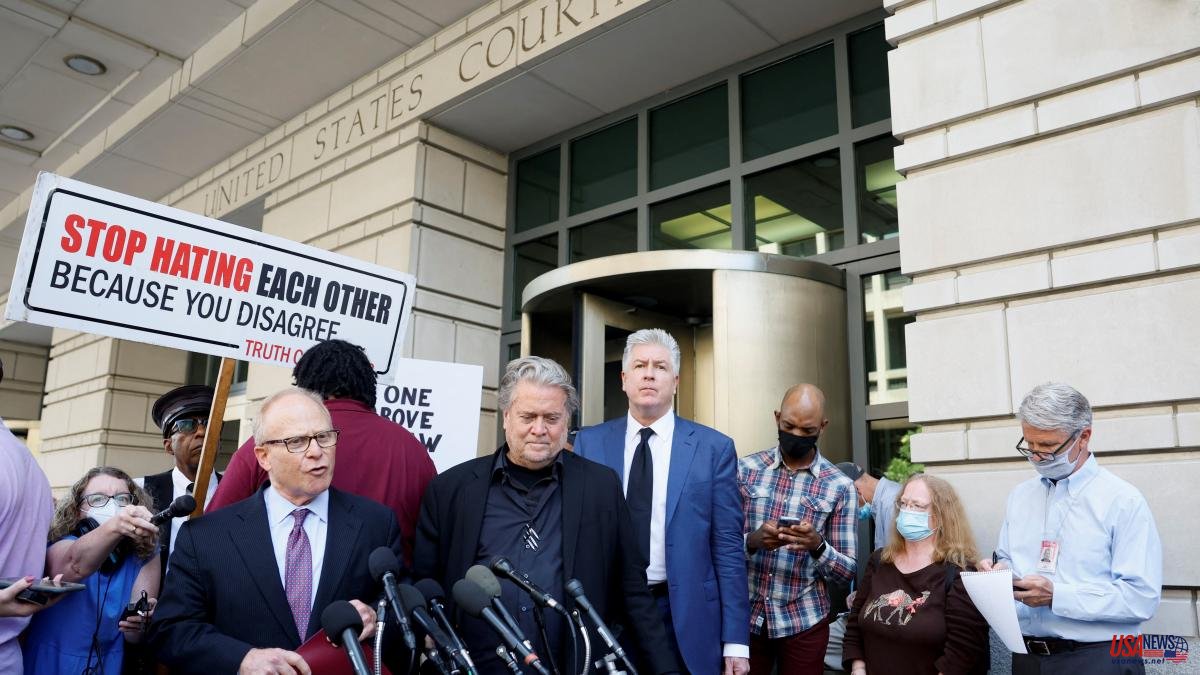 The icing on the cake of the last hearing of the season of the investigation commission on January 6, 2020 took place this Friday. A Washington jury found Steve Bannon, Donald Trump's former adviser and ideologue, guilty of two counts of contempt of Congress. The commission was strengthened by this court support for his work.

The jury did not need even three hours of deliberation. It was clear to them that Bannon had no justification for defying the subpoena issued by the commission, nor for refusing to turn over documents.

The sentence drawn up by the judge can range from one month to one year in prison for each crime. Bannon refused to testify at his trial, but outside the courtroom he proceeded to claim that this was all "a political circus."

His verdict is an accolade to the work of lawmakers investigating the failed coup. The commission wanted to question Bannon about his collaboration with Trump in creating the false narrative of election theft and coordination in the insurrection. On the night of January 5, 2020, Bannon had a conversation with the then president and, after a while, on his podcast, he assured that the next day "all hell is going to break loose tomorrow." And he added that "what you imagine will not happen, it will be very different."

His guilt came hours after he appeared at the commission hearing which he refused to attend. One of the pieces of evidence they put forward in that session was a recording in which Bannon, on the eve of the November 3, 2020 elections, assured in a private act that Trump would declare himself the winner of the presidential election that same election night, regardless of whether the recount would not have finished or Joe Biden won. It is what happened, from what premeditation in the plan is deduced.

Although it is a misdemeanor, it is a warning to other members of the Trump administration who have refused to collaborate in the investigation and a support for the Justice Department in raising the accusations. Pete Navarro, who was Secretary of Commerce and one of the most active conspirators to annul the results of the polls, will have to face a similar trial next November.

"This case is not complicated but it is important," said prosecutor Molly Gaston in her concluding report, where she also said that no one, including Bannon, is above the law. "The defendant chose his loyalty to Trump above the law," the prosecutor insisted.

Bannon appeared before the media outside the courtroom, after the verdict, with accusations against the committee, since a few days ago he told them that he was willing to appear. His lawyer, David Shoen, reported that they will appeal because it was ruled out to assess that his sponsor was entitled to the executive privilege granted by Trump not to go to the commission. But Judge Nichols, appointed by the former president, previously ruled that the excuse was worthless. Trump was no longer in the White House.