The general policy debate in the Parliament, which will take place next week, had become a narrow passage in the gorge of the Catalan legislature. 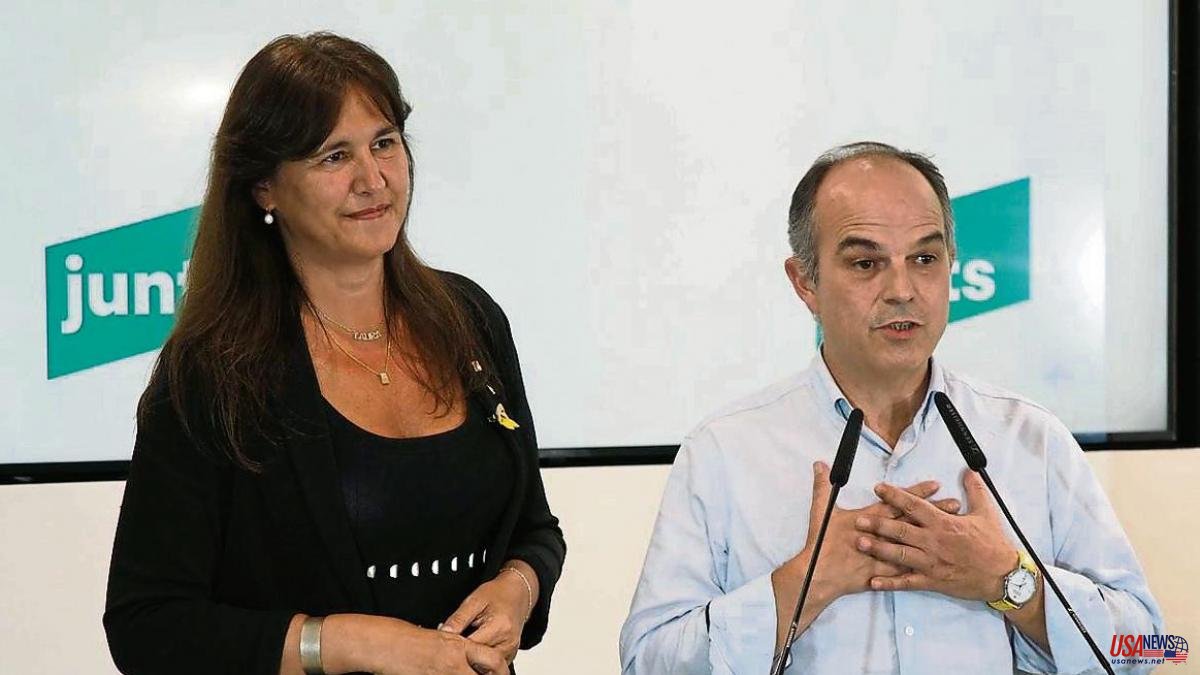 The general policy debate in the Parliament, which will take place next week, had become a narrow passage in the gorge of the Catalan legislature. Now, after Junts per Catalunya lowered what had been interpreted as an ultimatum to its partner, it seems to be expanding, but success in crossing it is not yet guaranteed and there are still stumbling blocks... and negotiations.

That parliamentary appointment in which Pere Aragonès will explain what the Government's orientation is in the new political course, was the moment chosen by Junts for there to be a turning point and for the Catalan Executive to take on an independence drive.

The notice by Jordi Turull, general secretary of the formation, at the end of August – “we cannot continue like this” – and the demands for a change were read as a warning and a threat of rupture, with a month to reverse the situation ; On the horizon was the real possibility that his party would leave the Government after the debate if everything remained the same and his affiliates decided so in a consultation. But yesterday Laura Borràs, president of Junts, lowered the tone and assured, without neglecting the aspirations of her space, that next week's appointment is not a deadline.

Borràs's reaction pleased Aragonès, who from New York assured that "all decisions" by Junts that allow "a horizon of stability" are welcome.

But just in case, the president of the ERC, Oriol Junqueras, wanted to mark territory and adopt a position of strength. In an act that his party organized in Barcelona to commemorate 20-S, the Republican leader assured that he will not allow himself to be “pressured by anyone”. "We know what the path [to independence] is and we will never deviate one millimeter," he immediately stressed.

In Esquerra they sense that something has changed and they celebrate having kept the pulse. But despite the words of Borràs they are very cautious.

In any case, the truth is that JxCat's pressure on Esquerra for there to be a turning point in the Government's course coinciding with the fifth anniversary of the 1-O referendum has turned against it, like a boomerang. Since the results of the post-convergence audit on compliance with the agreement they sealed with the Republicans in May 2021 were made public, the debate revolved more around the possible departure of Turull's from the Catalan Executive than on the breaches that these denounce by ERC.

In Junts, the majority will not leave the Government, although that option was included in the documents of the congress that was held between June and July. Especially when the municipal elections are just around the corner, in which having a direct line with the Generalitat is important for the candidates for mayor.

After the tension between both formations, entrenched, was climbing steps in recent days, Borràs said yesterday on TV3 that the general policy debate "is not an ultimatum" for Esquerra, although he again warned that depending on how it goes they will take “decisions”.

The consultation with the militants is still on the scene, although relevant aspects such as the calendar or the question have not yet been set. According to the leader of JxCat, "the debate is not whether or not to be in the Government" and she insisted that the important thing is that the pact is fulfilled. "The Government must comply with the agreements that have allowed the Government to exist", stressed Borràs, who in turn offered the ERC "an outstretched hand, generosity and, above all, rigor in complying with the agreements".

Junts' audit of the pact yielded a positive result in the sectoral sphere and a fail regarding the pro-independence agenda. For this reason, JxCat once again demands the creation of a strategic direction for independence, unity in Congress and that the dialogue table exclusively address self-determination and amnesty.

The demands and the disagreement come from afar, and in ERC they point out that there will be no movement, not even in the creation of a new General Staff of the independence movement despite the offers of Òmnium to facilitate it if before there is no minimum consensus on what to address in that space.