The political direction of Junts per Catalunya is defined this weekend in La Farga de l'Hospitalet de Llobregat, in the second phase of the party congress now led by Jordi Turull and Laura Borràs. 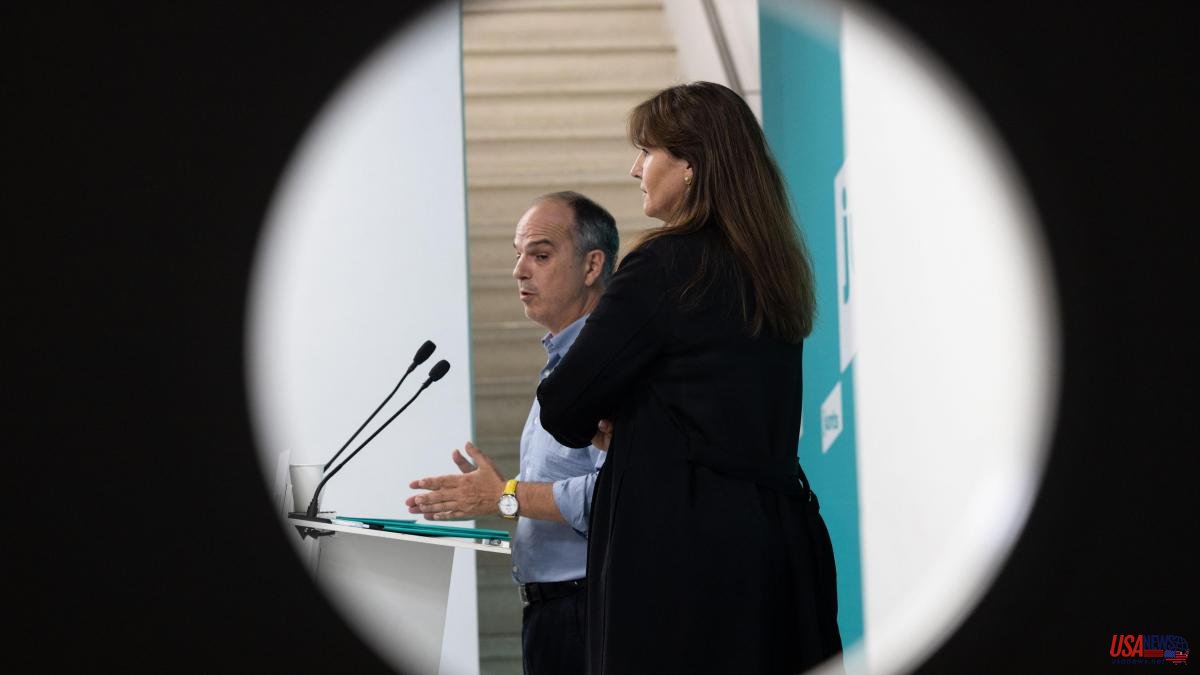 The political direction of Junts per Catalunya is defined this weekend in La Farga de l'Hospitalet de Llobregat, in the second phase of the party congress now led by Jordi Turull and Laura Borràs. JxCat members have to decide important aspects of the party's roadmap and internal organization between today and tomorrow, with the threat of a turbulent scenario on the immediate horizon due to its president's legal situation.

Junts' partner in the Government, Esquerra, has hinted in the last two weeks that if an oral trial is opened against Borràs, for the alleged splitting of contracts when he directed the Institución de les Lletres Catalanes, they will position themselves in favor of it being Suspended as President of Parliament. A fact that can unleash a political storm in the Catalan scene.

At stake are various issues that are not minor, such as deciding whether or not to leave the Catalan Executive or if that possibility is left to the consideration of the militants. Those in charge of drafting the political roadmap have left that issue aside, but the affiliates have introduced several amendments that arrive alive at the conclave and in them, among others, they advocate leaving the Government of the Generalitat and going to the opposition As soon as the congress ends, or there is a vote among the affiliates, before September 15 on that issue, whatever the audit says about the degree of compliance with the legislative pact with Esquerra that was sealed in May of last year.

In Argelers, at the beginning of June, when the leadership was renewed, and despite the fact that there was only one candidacy, a hidden pulse between the two souls of the party was appreciated in the voting, in which the so-called pragmatists or institutionalists gave a touch of attention with his vote of punishment to some candidates proposed by Borràs. That pulse is maintained in this second phase of the conclave in the amendments, which advocate removing power from the secretary of organization that Borràs chose, David Torrents, from herself, who as president, after the agreement with the secretary general Jordi Turull, will go to have "executive functions," and vice versa.

In that pact it was decided to create the figure of the deputy general secretary, a position designed to measure for David Saldoni, former organization secretary and the man called to command one of the most relevant folders, that of the municipal training policy, when it is left less than a year for the local elections of 2023. But in some amendments to the proposed statutes, they want to remove that competition, so that Torrents has it, and even advocate eliminating that position. All this will be decided by voting.

Another of the hot potatoes is in that same paper, in the party's disciplinary regime. For people who sit in the dock for corruption offenses there are mechanisms that provisionally suspend and there are also sanctions and expulsions when there is a final sentence. In the current proposal, it is contemplated not to apply the sanctions if it is considered that they are cases of lawfare (legal war).

With the amendments it has also become clear that there are some local assemblies leaning in one direction, such as that of Berguedà, which is committed to removing powers from Borràs and removing the safeguards of lawfare, and on a similar plane those of Vallès Occidental and Vallès Oriental, and others like that of Les Corts, Igualada, the left-wing current or that of Alt Penedès that lean towards the positions of the president.

Of the four papers that the Junts management has prepared, the one that accumulates the fewest amendments is the sectoral one, coordinated by the former minister Damià Calvet. But in the amendments to that text presented by the militancy, which have been rejected and arrive alive at the congress, there are more or less curious questions, such as the commitment to create a professional Catalan armed forces, as proposed by the Tarragona veguería, promote the image of Catalonia in NATO.

Also in that text, in which hunting is supported as one of the mechanisms to control wild fauna, but the party group that is an animal supporter requests that this point be eliminated, or Sants-Montjuïc proposes to open the debate on the correbous with the points of the Catalan geography where they are rooted.