Faced with a dialogue table that has only been convened once during the first year of Pere Aragonès' mandate and relations between Moncloa and the Generalitat, Junts has seen the right moment to demand that contacts with Pedro Sánchez be definitively abandoned. 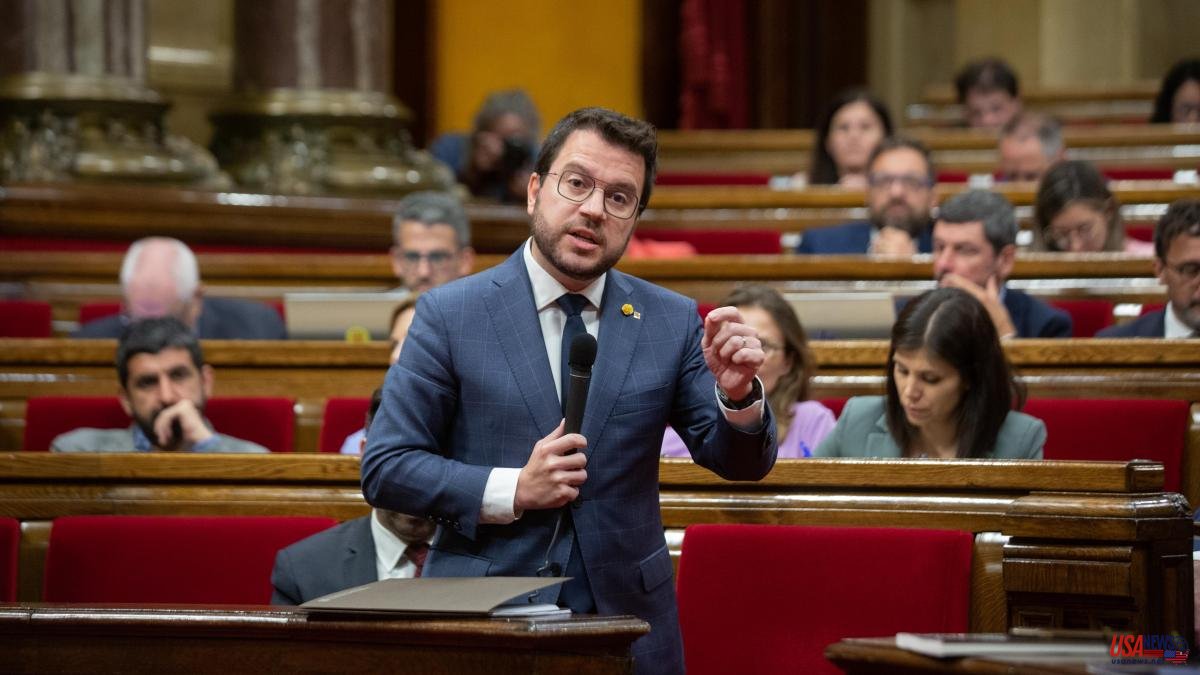 Faced with a dialogue table that has only been convened once during the first year of Pere Aragonès' mandate and relations between Moncloa and the Generalitat, Junts has seen the right moment to demand that contacts with Pedro Sánchez be definitively abandoned. Albert Batet, president of the JxCat parliamentary group, has confirmed that this space has given "null results" and has proposed as an alternative the constitution of a strategic direction of independence and forming a front, even in Madrid, to achieve self-determination. During this morning's control session in the Parlament, Aragonès has remained firm in his commitment to the negotiated route to achieve a referendum, but has assured that other measures that "are not incompatible" can be studied.

“We share the aspiration for independence, [but] the best way to do it is through an agreed procedure”, underlined the president of the Generalitat, who in turn stressed that a possible resolution of the Catalan conflict can only happen if It contemplates at the same time “the end of the repression” and a self-determination referendum. “This, in Aragonès' opinion, is not incompatible with the fact that there may be major agreements in the field of independence to strengthen the strategy, which is why he has shown himself willing to “share everything that is necessary” to move forward. In any case, the head of the Government has urged "never to give the flag of dialogue" to the State, since, according to him, he could use it to criminalize independence.

And it is that Aragonès considers that abandoning the dialogue can be detrimental to the international strategy. ERC has between eyebrows and eyebrows to win the international story, especially in Europe. “The independence movement has to look at Europe; It has to take into account the European judicial resolutions, but also our discourse as a country, return to a positive project”, the president pointed out.

"We have not advanced as we would like. We have to correct it and recognize it, because the State has no intention of resolving the conflict," Batet had previously stated. "The path of dialogue does not work and will not work because there is no will on the other side."

However, like Batet, Aragonès has acknowledged that this dialogue "is not going well." He did so after being questioned by the first secretary of the PSC, Salvador Illa, offered to talk about the key to the future and to reach agreements in some respects, as has already happened with the renewal of expired positions, including the Catalan Ombudsman or the Catalan Audiovisual Media Corporation (CCMA). The president of the Generalitat has broadened his focus and has asked Illa to intercede to advance the dialogue with Sánchez.

“There is an area in which we are lame, which is the process of dialogue and negotiation with the State”, Aragonès reminded Illa. In addition, the Republican has stated that the Government "drags its feet." The Republican has recognized shortcomings with respect to this process to the point of pointing out that of all the elements included in the Pla de Govern that he presented in September, this "is the one with the most room for improvement."