"Who raised that referendum [on October 1, 2017], to a great extent, perhaps not only completely, was the people of Esquerra. 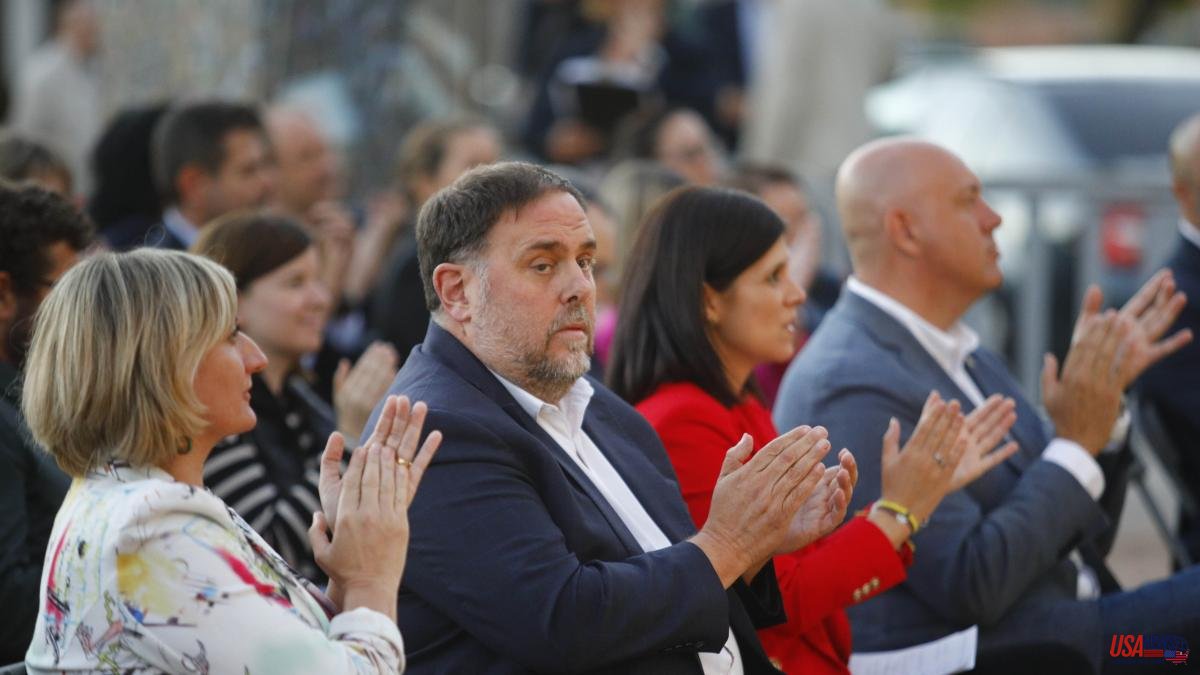 "Who raised that referendum [on October 1, 2017], to a great extent, perhaps not only completely, was the people of Esquerra." The phrase pronounced yesterday by Oriol Junqueras, president of the ERC, at the event organized by the formation to commemorate the fifth anniversary of 1-O in La Ràpita (Tarragona) has angered the other pro-independence formations, although it is not the first time that pronounce in that sense. In the national council that held the training last summer, he also referred in similar terms to what happened that fall.

The spirit of October 1 always reappears and survives its delusional gravediggers (and manipulators). It was a referendum, the referendum of the people, of the entire country," said the former president of the Generalitat, Carles Puigdemont, this Saturday in a message.

The then Minister of Territory and Sustainability and leader of Junts, Josep Rull, replied last night by posting the statements of his former partner of the Consell Executiu. "Let's take a deep breath and count to a hundred..." he said.

To make matters worse, this affirmation has come in the midst of the worst crisis between the two pro-independence partners in recent years, which ended this week with the dismissal of the former Vice President of the Government, Jordi Puigneró, after JxCat claimed the Republicans a matter of confidence if they do not comply with the investiture agreement.

For her part, the CUP spokesperson in Parliament, Eulàlia Reguant, replied this Saturday to the president of the ERC before participating in a meeting in Barcelona organized by the CUP with representatives of related organizations from Scotland, Northern Ireland, Quebec and Corsica. : "Enough of partisanship with 1-O", highlighted the deputy.

For Reguant, 1-O was a "historical milestone" that no one can patrimonialize: "It does not belong to any party," he warned, in a reply to Junqueras' speech yesterday at La Ràpita. On 1-O, he has insisted, "it belongs to all the people and all the organizations" that made it possible and we must continue to claim that date, "but without nostalgia".

On the other hand, Reguant has also referred to the possible breakup of the coalition government of Esquerra and Junts, which in his opinion are leading a "regrettable and shameful show", as the CUP denounced yesterday in the general policy debate. According to Reguant, "the battles within the Govern have nothing to do with an ideological battle of rights and lefts, political proposals or a strategic approach." "It is a battle for hegemony and power in the Generalitat. Already stop fighting for power", he stressed.