Junqueras accuses JxCat and the PSC of mutually "covering up corruption"

The president of the ERC, Oriol Junqueras, this Saturday accused the leaders of the PSC and JxCat of "covering up corruption" among themselves and of having "distributed" the Catalan institutions for decades. 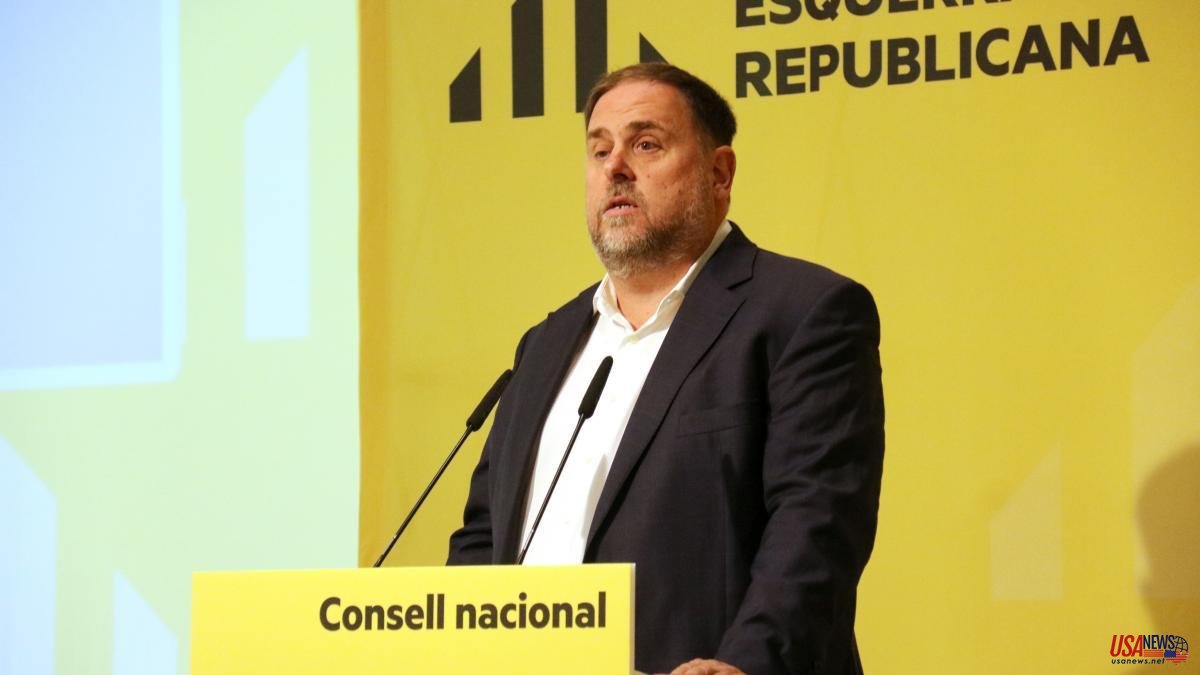 The president of the ERC, Oriol Junqueras, this Saturday accused the leaders of the PSC and JxCat of "covering up corruption" among themselves and of having "distributed" the Catalan institutions for decades.

Junqueras has intervened before the National ERC Council, held this Saturday in Barcelona, ​​in the midst of a debate on the continuity or not of JxCat in the Government and after the open crisis between the two partners of the Catalan executive.

Given this situation, Junqueras has summoned "all the good people of JxCat" to "not let themselves be dragged away" and "not sacrifice the country" for "the interests of its leaders." "Catalonia is more important than the interests of some specific people who want to cover up their cases of corruption, their less than legitimate aspirations or the will to continue dividing up the institutions with the PSC", pointed out the Republican leader.

For her part, the general secretary, Marta Rovira, has asked Junts to close the debate on her continuity in the Government to prioritize efforts to find solutions to the problems that the institution must face.

"We cannot assume or tolerate that today the Government is awaiting a pending debate by one of the partners," said Rovira, who added that, at this time, "a strong, cohesive Government is needed, which roll up their sleeves" and has expressed concern about the "lack of cohesion" in the executive.

"We are concerned that the internal division of Junts will destabilize the country's main institution, which has to help families out of the crisis, we are greatly concerned that in a time of complexity we cannot live up to the situation," he said. indicated.

The general secretary of the ERC has accused JxCat of "criticizing the Republicans for tactics" to try to improve the results in the next municipal elections.

"Tell me, those who criticize, how many times have they had enough force to make the Spanish government recognize that we have to talk about self-determination and amnesty", indicated Rovira, who added that ERC is "proud" of having "the clear priorities.