Juan Diego Botto: "The problem of poverty in our country goes through housing"

Juan Diego Botto (Buenos Aires, 1975) has spent years demonstrating that he is one of the best actors of his generation, both in film and on television and especially on stage, a medium in which he feels like a fish in water. 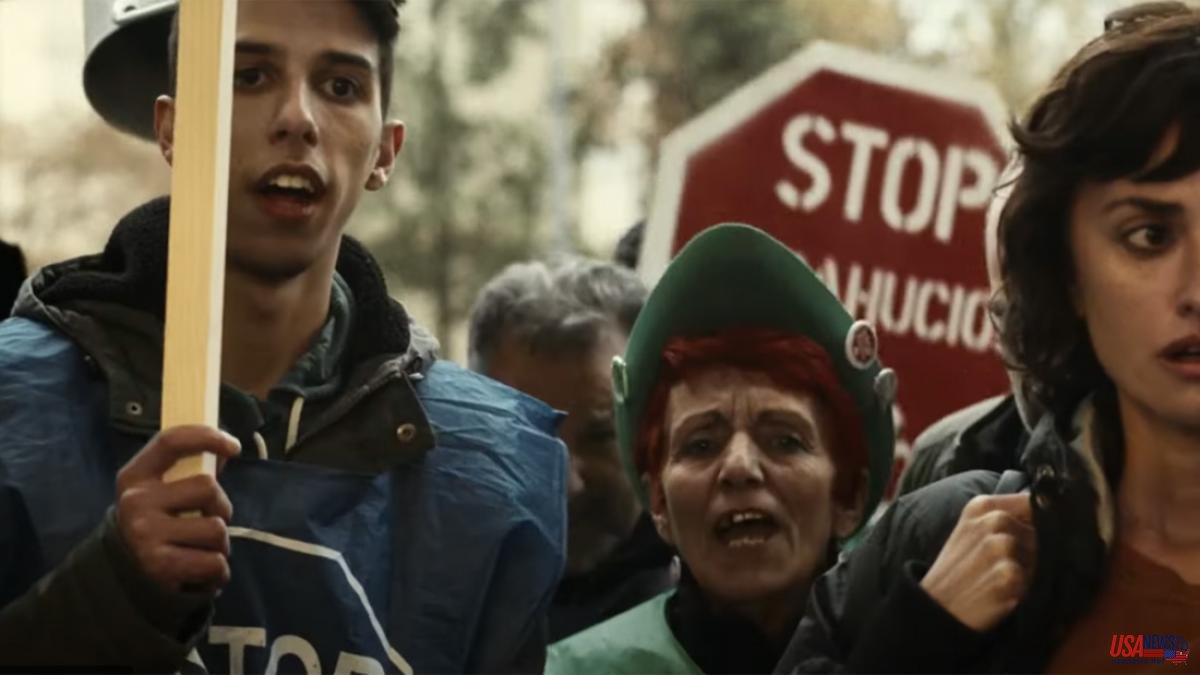 Juan Diego Botto (Buenos Aires, 1975) has spent years demonstrating that he is one of the best actors of his generation, both in film and on television and especially on stage, a medium in which he feels like a fish in water. Winner of the Max award for best actor and theatrical show with the exciting Una noche sin luna, where he transmutes into Federico García Lorca and with which he will be at the Teatre Nacional de Catalunya (TNC) from December, Botto is now making his debut as a feature film director with In the margins, a portrait of precariousness, evictions and social exclusion that premiered in the Orizzonti section of the Venice Festival, went through that of San Sebastián and ends this Friday in cinemas.

"We are very happy enjoying this trip because it was the story we wanted to tell and I cannot have more words of gratitude for having Luis Tosar and Penélope Cruz in my first film," Botto explains in conversation with La Vanguardia.

The germ is found after a talk with Cruz, who asked her to write a story to do together after she was completely moved by the play 'An invisible piece of this world', in which the Argentine-Spanish actor spoke of exile and immigration . "She proposed a different story to me, a story of jealousy that didn't come out; but, suddenly, I started writing and a couple came out who were arguing the night before her eviction. From there, the co-writer Olga Rodríguez -journalist and couple de Botto - and I went digging into this history of housing problems and came across a number of people who were facing eviction. We talked to lawyers and social workers, we soaked it all up and distilled it into this script" , comments the actor and director, who confesses that "I like to tell stories and in the theater I had found a mechanism to do it, but making movies is more complicated".

Taking that step of getting behind the camera was also proposed by Cruz, a great friend since they both shared the screen in 1996 with La matchmaker, who in fiction plays a desperate mother who works as a cashier in a supermarket and is about to lose his house.

"It has been a delight to work with Juan, he always has a good word at the right time for the actor," says Tosar, who gets into the skin of Rafa, a lawyer who goes out of his way to help those most in need and in 24 hours His life takes a radical turn. He is going to be a father in a few months, but he is unable to arrive on time for the appointment with his wife for a check-up at the hospital.

She also doesn't arrive in time to drop off her stepson on the school field trip and takes him along on her journey to find the mother of a Muslim girl who has been transferred by the police to social services. "I wanted to reflect the stress of their day-to-day life as faithfully as possible. More than a job, it is a dedication to making life less worse for many families. And the truth is that it was a placid shoot for all the frenetic that results the film", says Tosar, who has been inspired for his role by "two lawyers I met, one who is no longer active in this and another who is fully dedicated, a 100% Rafa and who are admirable people".

"They are essentially good people who have decided to put all their energy into trying to help people who have no other way to get ahead. The bureaucracy today is very complex for anyone because it is all telematics. If before the situation was already Kafkaesque, Imagine now trying to solve a problem on the network. There is no one to talk to anymore. So these people try to appeal to the little physical thing that still remains to get moratoriums on their evictions, some compensation or at least a minimum extension. "

"Fifteen days, a month, two months, enough to try to reorganize your life or have one more day with a roof," adds Botto, who acknowledges that they were very clear that they wanted to give "a hyper-realistic style to the narration, looking for a semi-documentary sensation and that helped us get to the set with our homework very well done. In addition, there was a lot of complicity in the team." The director admits that if there were no people like Rafa "the lives of many people would be worse and, on the other hand, they are people who will never receive public recognition or financial compensation that rewards their effort . Simply the mere satisfaction of helping a family not stay on the street."

The film reveals that there are currently a hundred evictions a day in Spain. Have people become more insensitive to this drama? "I have the feeling that there are problems that the moment they become chronic, people have the feeling that they disappear, but it is not that they disappear, they have become chronic. And what happens every day is no longer news, despite the fact that it becomes something much more dramatic. That there are one hundred evictions a day in our country is a problem that should be observed every day informatively, because it defines our current situation. The problem of poverty in our country goes through housing A person who earns 1,100 euros a month and has to pay 700 for their home, either pays for the house or feeds their children. However, we have the feeling that it is a thing of the previous crisis and with the current problem of the energy crisis and inflation is intensifying and is going to increase".

And he warns: "We carry so much on us so little by little and so slowly that it seems that we are anesthetizing ourselves. But there is always a small drop that will fill the camel's back. Right now, as the situation is, very little is enough for everything to break ".

Botto reserves a role in the film as Cruz's partner, a man who works whatever comes up for four euros an hour and ignores his wife's fight and the anti-eviction platform to keep his house. A man, yes, for whom the mother is sacred and that is how he makes it appear to a co-worker who refuses to pick up the phone from his mother. "The entire film vindicates mothers. All the female characters are mothers and I think there was something of a tribute to those women who end up taking charge of everything and whom we have been observing in the process of making the film. And also a certain masculinity that sometimes their entire identity is deposited in work. And when work disappears, that security and confidence disappear and they no longer know very well how to support themselves".

The interpreter does not know if he will get behind the camera again, but if he did "I would talk about something that interested me. And it just so happens that I am interested in social issues, but I do not dare to venture now what it would be about", concludes.