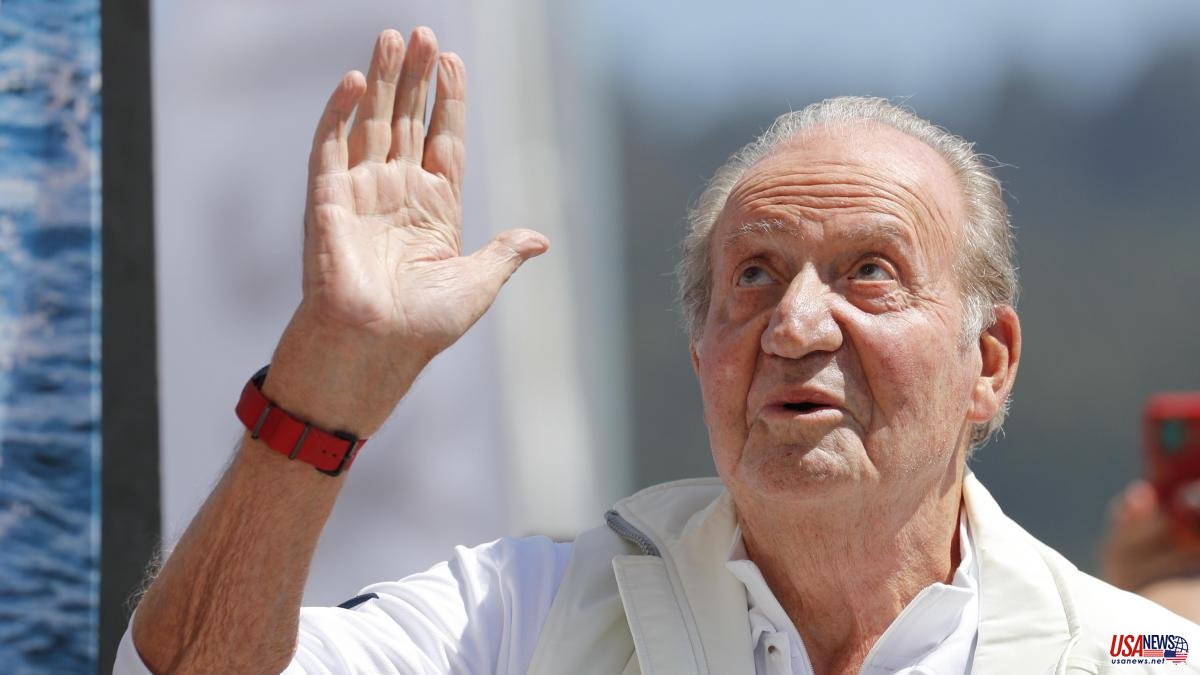 King Juan Carlos turns 85 today. With this, there are now three January 5s that he spends in self-exile, a situation that, far from being under review, seems to be consolidating. His last decision is to settle in a new residence in Abu Dhabi, built especially for him, to which he will move his personal belongings, most of them still in Madrid, and all his memories, including those he would like to forget.

When he left Spain, on August 3, 2020, his intention was to return as soon as the waters calmed down. Months passed, but the storm worsened, and the return became increasingly difficult, complicated by the various processes opened by the Tax Agency. In March of last year, the King's father, once the legal cases were filed and his fiscal situation regularized, closed that stage, but not to start the way back, but to announce his decision to establish his permanent residence in Abu Dhabi.

In a letter sent to his son, the King, Juan Carlos de Borbón renounced a definitive return, also announcing his desire to travel, from time to time, to Spain to see family and friends. That plan didn't work either. After his unsuccessful stay last May in Sanxenxo, from where he returned to Abu Dhabi, after a conversation with his son in the Zarzuela, King Juan Carlos accepted, even without fully understanding the reasons, that he had not returned behind.

The trip to Sanxenxo was planned as a first attempt to normalize his sporadic visits and King Juan Carlos was scheduled to stop by the Zarzuela before traveling to the Galician town. Although in the March statement he had accepted that he would not use state-owned residences during his stays in Spain, the refusal to allow him to rest for at least one night in what had been his home for almost sixty years derailed all good intentions. The king ended up flying directly from the emirate to Vigo, in a plane donated by the emir of Abu Dhabi, and both the trip and the stay attracted the attention of the media, which multiplied the effect. What was supposed to be, in principle, a discreet visit became a national event. The host, Pedro Campos, perhaps for the sake of achieving a greater impact on the sporting event he sponsored, gave it even greater visibility, and King Juan Carlos found himself immersed in a situation that got out of control. The questions, voiced in the neck, of the reporters at the gates of the yacht club, obtained confusing and sometimes unintelligible answers, given the hearing difficulties of the King's father, and the reunion trip ended with a tense meeting in the Zarzuela between Juan Carlos and Felipe de Bourbon.

Since then, the King's father has decided to distance himself even from people who, attributing belonging to his environment, did him more harm than good with their leaks. In recent months, only his attendance at the funerals for Elizabeth II, last September, brought him back to the fore. He had a good memory of his stay in London: he was reunited with Queen Sofía; He welcomed the details that Queen Letizia had with him and, above all, he managed to make the British justice see him with different eyes. His prominent presence at Buckingham Palace and Westminster Abbey supported the arguments of his lawyers in the harassment suit brought by his former lover Corinna Larsen, and the Court of Appeal eventually accepted his immunity, at least until the date of his abdication, when it was demonstrated, and in British territory, that he actually belonged to the royal family and had the status of former head of state.

Corinna Larsen's objective in filing the lawsuit was to reach an agreement to stop the judicial process in exchange for ensuring ownership of the 65 million euros that the emeritus once transferred to her. In accordance with Spanish legislation, the heirs of King Juan Carlos could claim that amount from her, if so stated in her will. The lawyers of the emeritus are confident of winning the lawsuit, although her client prefers to wait for the end of the process to claim victory. It is the last hurdle that remains for her to overcome, although she is aware that the hole in her reputation will be difficult to repair. The objective of King Juan Carlos upon reaching 85 years is to live in peace.

His desire to return to Spain, although it will only be for a visit, still stands, and he prepares, in total secrecy so that he does not get frustrated, an upcoming trip. For the moment, he is excited about the exchange of his current residence, ceded by the emir and decorated to the Emirati taste (which is not on the artificial island of Nurai, as some media repeat, but in the residential neighborhood of Al Bateen), for a own to which to transfer their personal belongings, furniture and objects that are still in their dependencies of the Zarzuela; stop being a guest to form his own home.

What remains the same is his decision not to harm the image of the Crown or interfere in the functions of the King. Juan Carlos de Borbón is aware that it is in the Zarzuela where there is a greater interest in him remaining far and away from public attention. It is true that the current Government, chaired by Pedro Sánchez, is especially belligerent against the figure and the recent past of Juan Carlos, but Felipe VI's position of keeping his distance from his predecessor, even hurting family relations, will not change even in the future. in the event that Alberto Núñez Feijóo arrives at Moncloa. Only in the inexorable passage of time is there the possibility of a definitive return to avoid Juan Carlos de Borbón y Borbón's worst nightmare: dying far from Spain.