Eleven hours inside the Zarzuela summarized in a twenty-five line statement in which, practically, the content of the statement made by King Juan Carlos is repeated, on March 7, when after announcing that he established his permanent residence in Abu Dhabi, it left the door open to return to reside in Spain in the future. 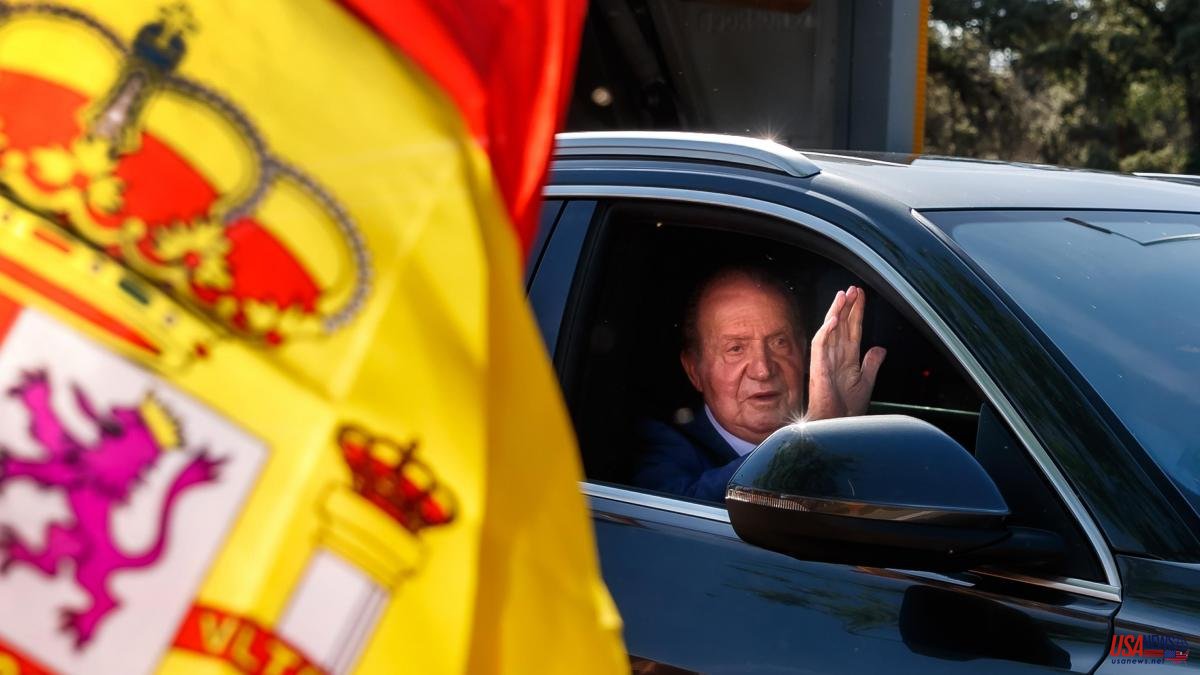 Eleven hours inside the Zarzuela summarized in a twenty-five line statement in which, practically, the content of the statement made by King Juan Carlos is repeated, on March 7, when after announcing that he established his permanent residence in Abu Dhabi, it left the door open to return to reside in Spain in the future. Yesterday, during the time he stayed in what was his residence between 1962 and 2020, King Juan Carlos had a four-hour conversation with his son and shared a meal with the rest of the family.

The first trip of the King's father, after 21 months of self-exile, has not changed things, despite the fact that the Government itself and formations that regularly question the monarchy have seen the displacement as a step backwards, the reality is that everything still the same.

King Juan Carlos landed in Madrid, from Galicia, aboard the same private jet in which he arrived, a ship facilitated by the emir of Abu Dhabi. It was a few minutes past ten in the morning when he arrived at the main access to the Zarzuela where numerous representatives of the media were waiting for him, as well as two hundred people carrying Spanish flags and greeting him when he arrived by car.

They had to spend eleven hours, almost exactly, to see him leave again in the direction of the private flight terminal in Barajas, from where he left for Abu Dhabi at 10 at night. What happened in the Zarzuela this time did not end up in the Zarzuela, although the summary was brief and, at the same time, clear. The Casa del Rey issued a statement minutes after the emeritus left in which he certified the visit but did not provide images.

Regarding the meeting between father and son, it was reported that they had had "an extensive conversation about family issues as well as about different events and their consequences in Spanish society since the King's father decided to move to Abu Dhabi on August 3 of the year 2020”.

After reporting the subsequent lunch and those attending it, the statement included a long paragraph that reproduced the content of the letter made public on March 7 in which King Juan Carlos reiterated "his will to establish his place of residence in a permanent and stable in Abu Dhabi for personal reasons; and secondly, his decision to organize his personal life and his place of residence in areas of a private nature, both during his visits and if he were to reside in Spain again in the future, in order to continue enjoying the greatest possible privacy”. Summary, despite the adverse reactions to the visit of King Juan Carlos these days, everything remains the same. He will come back when he wants but yes, he will not live in the Zarzuela again.