Joy was suffering from illness and needed help. An unexpected offer was made.

This story is part the My Unsung Hero series by the Hidden Brain team about people whose kindness has left a lasting impression upon someone else. 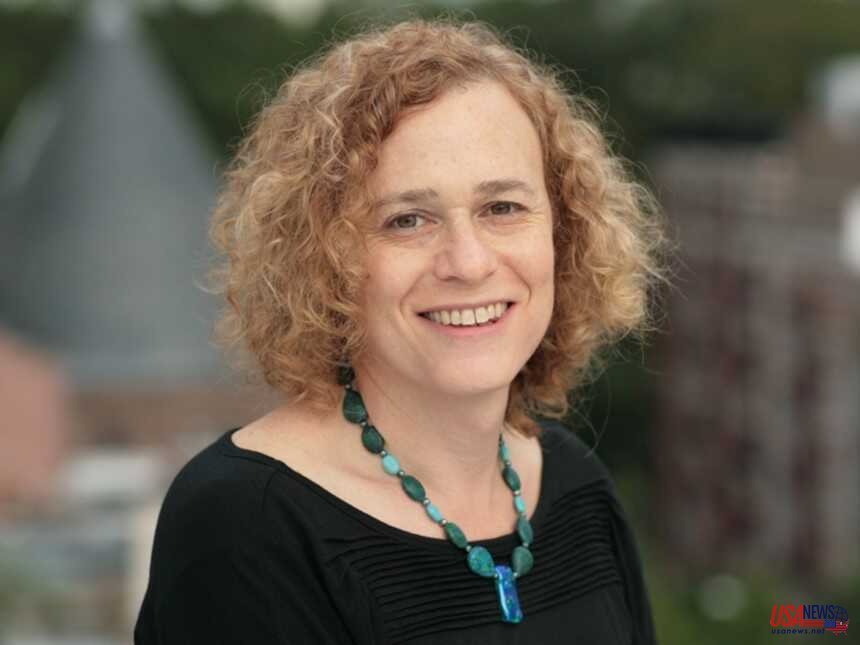 This story is part the My Unsung Hero series by the Hidden Brain team about people whose kindness has left a lasting impression upon someone else.

Joy Ladin, a poet and scholar, is well-known for her research on Judaism as well as gender identity.

She was appointed a tenured professor at Yeshiva University in 2007. In this role, she was the first openly transgender teacher at an Orthodox Jewish institution.

In the last few years, however, a progressive, incurable illness has forced her to resign.

She began receiving disability benefits in the summer 2021 after she quit her teaching job. Now, she has to spend the majority of her time lying down.

Ladin stated, "It has intensified to the extent that I have made a list [of things] that I want while I'm still capable of doing them."

One of the things that was on her list was to record an audio recording of her 2007 novel, The Book of Anna. Ladin struggled to find someone who would do it, but she eventually found a woman in a different city called Debbie Blicher.

Blicher first invited Ladin to her Sudbury, Mass. studio. Ladin then explained to Blicher that she was ill.

Ladin explained to Blicher that she would have to record the recording while she was lying down on her back. This might make it more difficult for Blicher, who may not be able to hold the microphone. But Blicher didn't blink.

"That's OK," Ladin said, recalling Blicher's words. "I will lie down beside you, and I will hold the microphone above you, so you don't have a problem sitting up."

That's exactly what Blicher did.

She drove to Ladin’s Northampton, Mass. home and sat down on Ladin’s bed for six hours.

Ladin discovered that Blicher was dying while they were speaking.

Ladin stated that he was her inspiration to do so. "She felt that this was the best way to honor his life."

Ladin remembers Blicher's generosity. This is even more remarkable considering that Blicher was in pain.

"Her example of responding quickly to my needs and my disability and my feeling that it was important for me to do so aEUR" and her willingness to extend herself in so many ways makes her one my unsung heroes."

My Unsung Hero also has a podcast. New episodes are published every Tuesday and Thursday. To share the story of your unsung hero with the Hidden Brain team, record a voice memo on your phone and send it to myunsunghero@hiddenbrain.org.