Little excitement but lots of fun. 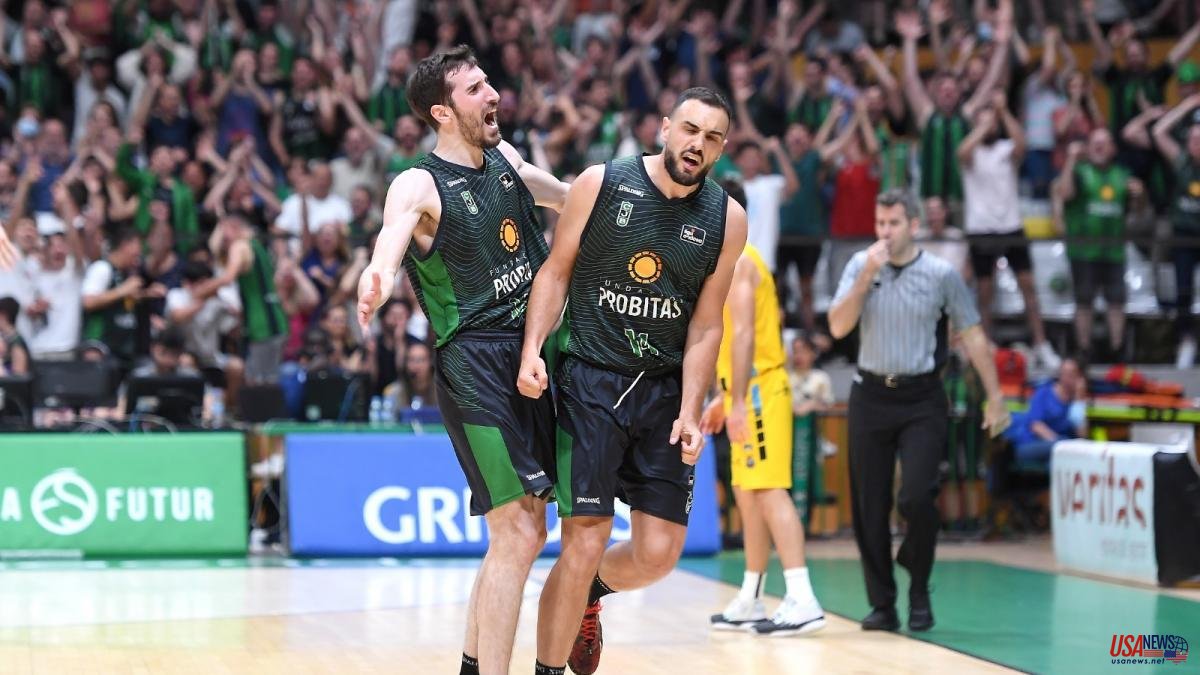 Little excitement but lots of fun. The Joventut fans who decided to go to the Olímpic de Badalona on a Thursday at ungodly hours received the prize of witnessing a historic match in which La Penya went over Lenovo Tenerife with terrible violence, thus avenging their defeat in the Cup. went up 1-0 to a series of quarters that was expected to be very close and that now depends on the reaction capacity of the people from Tenerife in the second duel to be played at La Hamburguesa on Sunday.

Not even the most optimistic of the place dreamed of a victory as loose and comfortable as the one signed by Joventut, with which it dispels any doubt that might exist after a few somewhat irregular last weeks. Because of the way in which he achieved it, with a dizzying pace of play, and because of the rival in front of him, an always uncomfortable and rocky Tenerife, recent champion of the Champions League, who showed a very unknown face with, for example, barely 21 points achieved at halftime.

And it is that Joventut became a gale from the initial jump, when it began to hit the Canarian hoop with an intensity that left an impotent Tenerife without the ability to react. La Penya scored almost everything, signing very high percentages in the shot, and already with important advantages on the scoreboard (76-37 was the maximum) he had a great time with some PlayStation plays. Up to seven players reached double figures in scoring in what was a collective exhibition to remember.