There are a few scattered houses, entirely made of wood, with the boards painted a bright red, one here, another there, in the middle of the mountain. 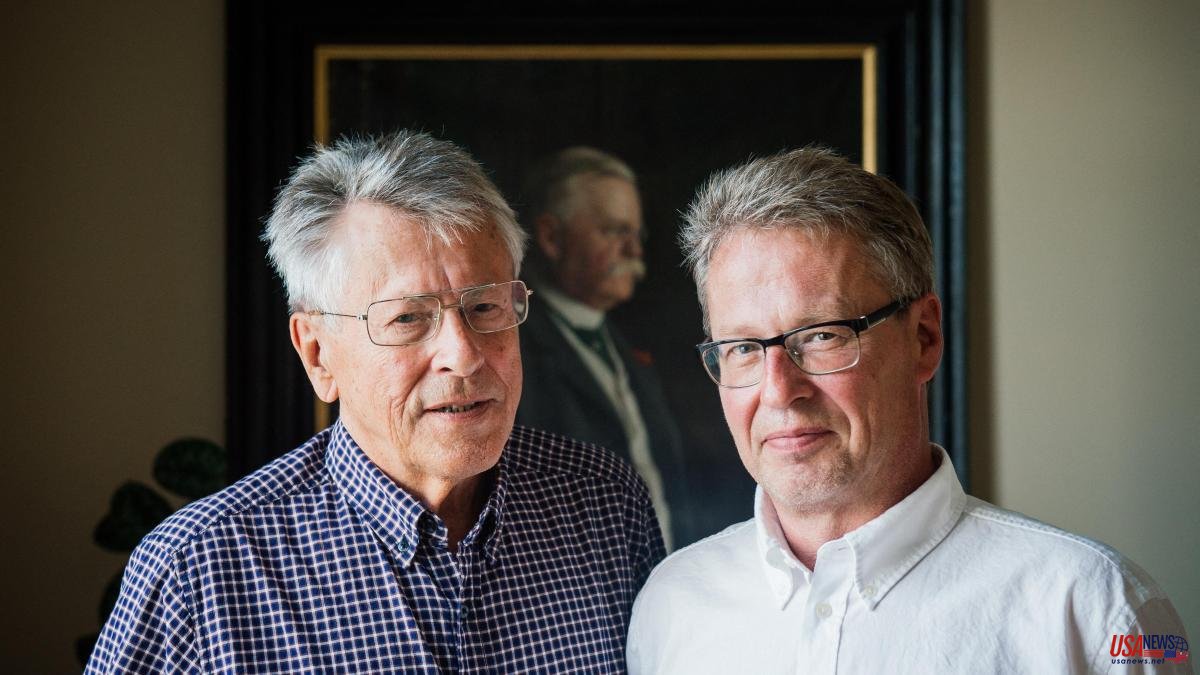 There are a few scattered houses, entirely made of wood, with the boards painted a bright red, one here, another there, in the middle of the mountain. At the bottom of the hill, the old school where Stieg Larsson (1954-2004) attended seems deserted. No one would say that this tiny village of Bjursele, in the north of Sweden, has produced one of the greatest literary phenomena in history, that of the Millennium books, with more than 100 million copies sold in 50 countries. We pass in front of the small house owned by the grandparents of Stieg Larsson (1954-2004), who lived with them until he was 8 years old due to the strong economic difficulties his parents went through.

His father, the old trade unionist Erland Larsson, is still there, an octogenarian: "I used to come here in the summer, the truth is that then I couldn't support my children." Erland maintains the solid socialist principles that have accompanied him throughout his life. “I still live in the same apartment in Umeå that I lived in before my son's books were published,” he explains, 14 years after his first interview with La Vanguardia in the same place. "Nothing has changed for me," he says proudly, "I'm just older."

In Sweden, at the beginning of the month, Millennium's seventh novel was published and, the same day it was released, it was already number 1 on the sales charts. The new author in charge of giving life to Lisbeth Salander and Mikael Blomkvist, after Stieg Larsson and David Lagercrantz (who made three each) is Karin Smirnoff, chosen by agent Magdalena Hedlund in agreement with the Larsson family. The book's title in Swedish means The Cry of the Sea Eagle; in English it will be The Girl in the Eagle's Claws; and the publishers Destino and Columna, which will publish it in Spain in the fall of 2023, have not yet decided on theirs.

Moggliden is the powerful company that the Larsson family has set up to manage the writer's legacy. The decision to choose Smirnoff is brave, since she is not exactly a thriller author (in fact, she is the first to write) but rather a very literary novelist who experiments with language and "deals with contemporary issues, such as identity of women and sexist abuse, ”explains Mattias Larsson, Stieg's nephew, that is, the son of his brother Joakim, Moggliden's chief executive. “It was important to us that Smirnoff lived here in the north,” he continues, “that he got to know this environment in which my uncle grew up, because those from Stockholm, who are richer, see us as provincials. This is a region now punished by a lot of industrial projects that destroy nature and that attract large sums of capital and a lot of corruption. It is a subject that appears in the new novel and that is very current: the energy supply and the price that some politicians and businessmen are willing to pay for it”.

"My uncle Stieg was my idol, my superhero, it was strange to see that, suddenly, everyone knew him," smiles Mattias, next to his grandfather, who highlights the use they make of the millionaire profits from books and movies of the series: “The investigative journalism magazine Expo, specialized in denouncing the extreme right, in which Stieg worked, is financed with the copyright of the fourth book, What Doesn't Kill You Makes You Stronger, the first Written by Lagercrantz. In addition, there is a non-profit foundation, where no one charges, which every year finances projects that would have interested Stieg, with up to 100,000 euros per year, and awards the Stieg Larsson prize to human rights activists”.

Sweden is experiencing an unusual rise of the extreme right, which supports the current government with its votes. "It's horrible," says Erland, "my son Stieg predicted it but nobody listened to him. These guys offer supposedly simple solutions to very complex problems. People see that gasoline prices go up and they blame the emigrants for it”.

With Stieg's partner, Eva Gabrielsson, they have not managed to re-establish relations. Under Swedish law, she did not get any of her inheritance as she was not registered as the writer's partner. Erland and Joakim offered her two million euros but "she has never wanted to accept the money, she rejects any kind of relationship with us." However, unlike a few years ago, "now peace reigns, each one knows where the other is and we respect each other."

What nobody can deny is that the Larssons have known how to exploit the vein. With Smirnoff they have signed a contract for another three novels, and there are negotiations for a television series. Will Blomkvist and Salander novels keep coming out indefinitely? "We haven't planned that," answers Mattias, also a Moggliden employee, "I don't think it will continue forever, but who knows."