Journalist Pablo González, accused of being a spy in Poland, will remain in preventive detention for three more months

Journalist Pablo González will remain in detention for at least three more months in Poland, accused of spying for Russia. 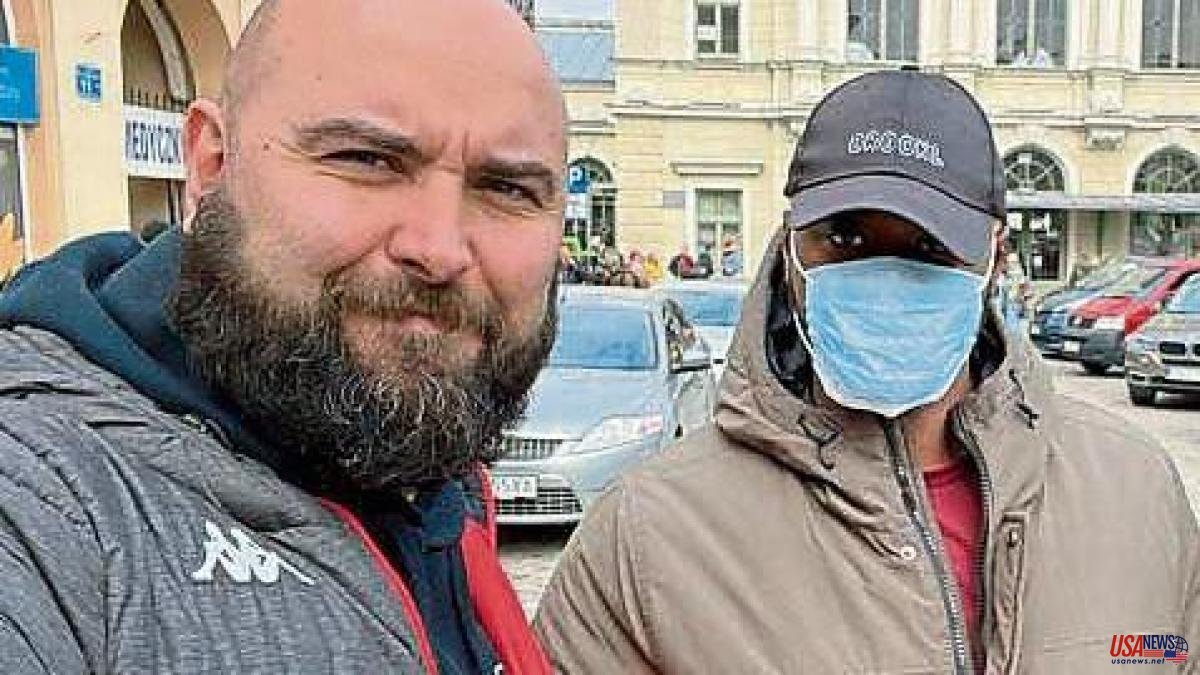 Journalist Pablo González will remain in detention for at least three more months in Poland, accused of spying for Russia. The Przemysl regional court has given the green light to the prosecutor's request and has agreed to extend the period of preventive detention for another three months, so that he will remain in custody until at least the end of August, six months since he was arrested on February 28. The provisional prison, however, could be extended for another two periods of three months, reaching a year in prison before being tried.

The court-appointed lawyer assisting González in Poland (his lawyer's legal assistance has not been allowed) has indicated that he will file an appeal against the court's decision. Bartosz Rogasa, however, has pointed out that based on Polish law, at this point in the investigation he is not allowed to share the details of the justification for the court's decision.

The order from the Polish Prosecutor's Office requesting a week ago to extend González's pretrial detention until May 29 focused on the serious accusations that have been made in Poland since his arrest, accusing González of acting as a spy in the service of Russia.

Specifically, Pablo González was arrested on February 28 in the Polish city of Rzeswów, very close to the border with Ukraine. Until there he had moved three days before, with the aim of covering the invasion of Ukraine as a freelance for media such as Público, La Sexta or Gara.

At the time of his arrest, he was able to communicate with his wife, Oihana Goiriena, with whom he has not been able to speak since then, and asked her to contact the lawyer he had asked for advice a month ago, when before the outbreak of the war was interrogated and later released in the Ukraine.

A few hours after his arrest, the Polish government spokesman, Stanislaw Zaryn, told the Pap news agency that the journalist is accused of spying for Russia. "The man was identified as an agent of the Main Intelligence Directorate of the General Staff of the Russian Federation (GRU)," he said.

Zaryn added that González "carried out activities for Russia while taking advantage of his journalistic status." "This allowed him to move freely throughout Europe and the world, including areas affected by armed conflict and areas of political tension," he said. Sources close to the Polish government also leaked that he was traveling with two passports with different identities. He could be punished up to 10 years in prison.

This version, however, collides with the one maintained by his legal defense, his family and his circle of friends, in the field of communication and at the University of the Basque Country (UPV/EHU).

From their surroundings they consider that these accusations have a lot to do with the particular biography of González.

The grandson of a war child, Pablo González was born in April 1982 in Moscow and lived there until he was 9 years old. Then, his parents divorced and his mother headed to the land of origin of his father. They lived for a year in Bilbao and then moved to Catalonia. At the age of 23 he met his wife, he settled in the Basque Country and started a family. Upon his arrival in Spain, his mother had registered Pablo – until then Pavel – with his Spanish name and his surname. Hence the two identities of the Russian and Spanish passports of him.

Graduated in Slavic Philology, in recent years, after completing a master's degree in Journalism, Pablo González worked as a journalist specialized in the post-Soviet space for different media. In addition, he was doing a doctoral thesis on the persecution of the LGTB movement in Georgia.

González closely followed political news in Eastern Europe, and in recent years he had traveled to Ukraine on more than one occasion, especially to Donbas. On social networks he had clearly spoken out against the war and Putin's policy towards Ukraine.

On his last visit to this country before his arrest, he had an experience that has a lot to do with his subsequent arrest.

While he was in eastern Ukraine working as a journalist, at the beginning of February, he received a call from the secret services of that country, asking him to appear in Kyiv. There, he was interrogated and accused of being "pro-Russian", although he was released and returned to Spain.

In parallel, while he was still in Ukraine, the CNI visited his family home, in the outskirts of Gernika, where his wife was with one of their children; he also visited the home of his mother, in the province of Barcelona, ​​and that of a friend, in the Catalan capital. Knowing those movements, González returned immediately.

“About eight people came, in two vans. As far as I know they didn't record anything. They simply asked us questions and let us see that they knew Pablo's career, from where he had traveled, etc, ”recalled Oihana Goiriena for La Vanguardia.

The Minister of Defense, Margarita Robles, was asked about these events in Congress and recognized that the CNI carried out the aforementioned movements. It did not go further. Robles limited herself to pointing out that she respects the "presumption of innocence" of the Basque journalist, but also "the application of the Polish legal system, which we may or may not share."

The case remains, therefore, full of unknowns and it does not seem that it will be clarified imminently. Meanwhile, the family denounces that they continue to be unable to speak with him and without the assistance of his trusted lawyer to face some accusations that they consider "absurd".