A man returns to Berlin after rebuilding his life in Australia after World War II. 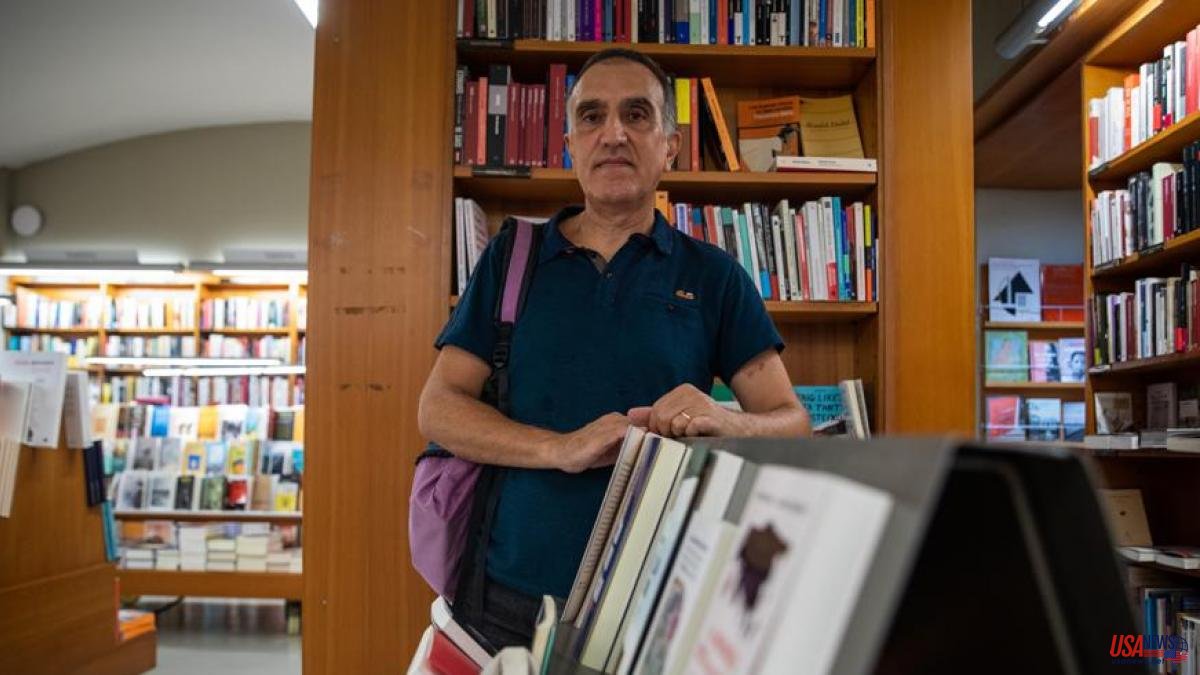 A man returns to Berlin after rebuilding his life in Australia after World War II. He has discovered that his great love had not died during the war and he writes some memoirs in which his story is intertwined with the vicissitudes that led to the invention –and later to the use– of the atomic bomb by a group of Hungarian-Jewish scientists in Los poplars.

Josep Ortiz (Barcelona, ​​1967) has invented the memoirs of this fictional physicist, the Hungarian Andràs Éber, to debut in literature with L'artefacte (Edicions de 1984). A computer scientist by profession, Ortiz felt the need to start writing more than fifteen years ago, and concern over the Iranian nuclear project led him to document the origins of the bomb. The author defines himself as "a master of nothing, but an apprentice of everything", and curiosity led him to read everything he could to understand the scientific foundations, yes, but also the personal ups and downs of those scientists like Leó Szílard, also Jewish. Hungarian. Ortiz recalls that in 1933, Szílard, after having read that an interview with Ernest Ruthenford said that energy could not be extracted from an atomic nucleus, began to investigate and discovered it, but did not make it public for fear that the discovery would end up in the hands of Hitler. Later, it would be he himself who would write the letter that Albert Einstein sent to the American president Franklin D. Roosevelt to ask him that it was necessary to hurry to build the bomb before the Nazis. And when Hitler is defeated, Szílard is afraid that the military will use it in Japan, and in the end "the man who did the most to have the bomb built later was the one who did the most to prevent it from being used." After all, he reflects, "we have a thousand and one novels about Auschwitz, but not so many about Hiroshima."

However, beyond the historical facts, which provide the framework and the narration, Ortiz was very interested in “how we remember the past from our present, because finally what we have left is consistent with the biography that we have created for ourselves. , while we put the other memories aside. His protagonist has thrown his life forward with the will to forget him and not think about it anymore, in a kind of Purgatory after being deported from the United Kingdom to Australia. Ortiz recalls that for Kafka, literature is an expedition to the truth, but he adds that it is also "an expedition to the interior of each reader", a reason that leads him to try to reflect on his own past. Or as the protagonist of it says: "God knows what has happened, but he does not know my version of the facts."

Ortiz's version is that when he started writing he had three small children and a demanding job, and he did not think it would take these 18 years to publish the result. And now, once retired early, he already considers the second assault, “something totally different with the background of an African girl who arrives in Europe”.