The former secretary general of the Vice Presidency and deputy of ERC in the Parliament Josep Maria Jové was one of the detainees in the Anubis operation ordered by the judge Juan Antonio Ramírez Sunyer, who died in November 2018, on September 20, 2017 to destroy the logistics of the referendum that had been called by the Government of the Generalitat for October 1 and that the Constitutional Court had declared illegal. 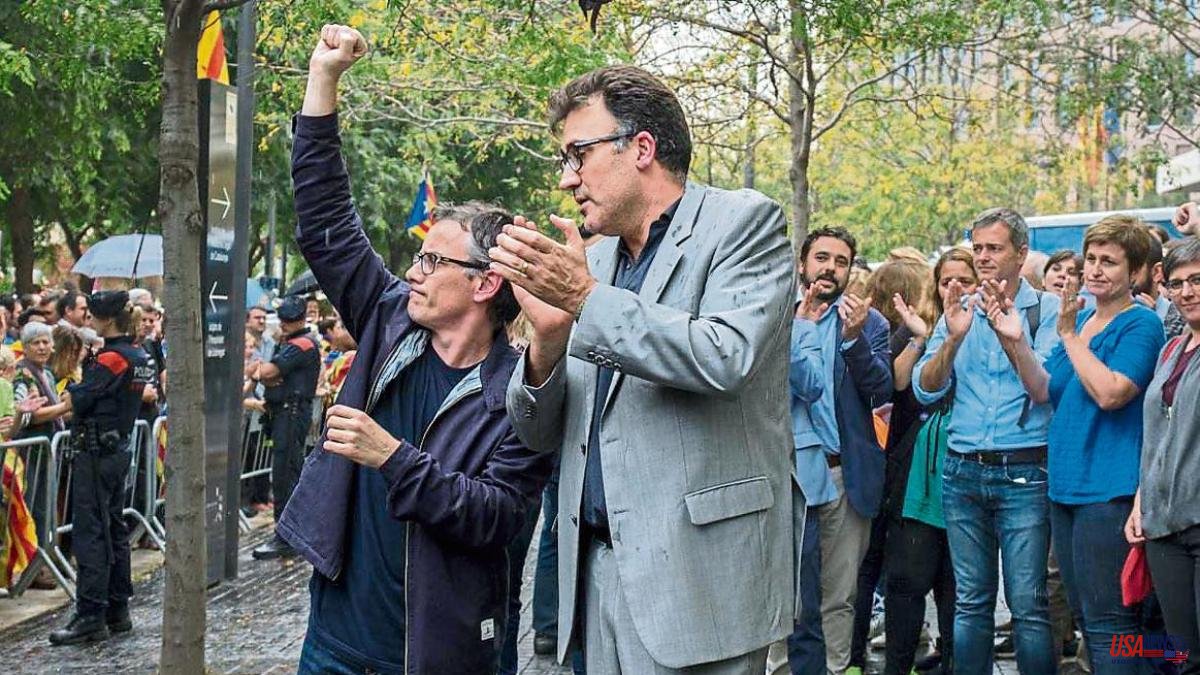 The former secretary general of the Vice Presidency and deputy of ERC in the Parliament Josep Maria Jové was one of the detainees in the Anubis operation ordered by the judge Juan Antonio Ramírez Sunyer, who died in November 2018, on September 20, 2017 to destroy the logistics of the referendum that had been called by the Government of the Generalitat for October 1 and that the Constitutional Court had declared illegal.

Five years after that day, whose epicenter was the registration at the headquarters of Economy and the reaction of the independence movement in the street, Jové considers that without 20-S there would have been no referendum on 1-O. For this reason, in an interview with RAC1, Jové pointed out that "20-S was "a great miscalculation on the part of the State apparatuses" to the extent that it mobilized people who "came out spontaneously to defend their the right to vote". "Without 20-S, we would not have seen 1-O", assures the Republican, who together with his co-religionist Lluís Salvadó -also arrested that day-, are considered the architects of the State structures.

Both have remembered in RAC1 that day and in particular the support they received from the people in the streets. Not only were there thousands of people in Economia, but there were also gatherings outside their house (while the searches were going on) or on the way to the Travessera de Gràcia police station, where they spent the night in the cells.

"At night, when they took us to the police station, people opened the windows and went out chopping pots. The agents thought they were complaints about neighborhood problems. At the third traffic light when they saw the neighbors chopping pots, they turned on the sirens and began to run", recalls Jové who assures that the agents' faces were "a poem".

It was not until after that night that Jové and Salvadó were able to become aware of the dimension that 20-S had had. "The lawyers explained to us that the reaction of the people had been brutal and massive, and they showed us the photos and videos that gave us goosebumps," recalls Jové.

At his home, where the Civil Guard showed up first thing in the morning, the agents found the famous Moleskine brand notebook that contained the road map to independence. In this regard, Jové denounces that the agents "knew what they wanted to look for" and knew "perfectly" the "structure" of his house. "They went directly to the room where the documentation was, without asking anything," says Jové, for whom "it was an unorthodox search."

At the same time, Salvadó's apartment was also searched: "At eight in the morning, three agents called my house, they took my cell phone and I could not notify anyone, neither the family, nor the lawyer," recalls the ex-secretary of Hisenda. In his case, the Civil Guard took computer equipment and also "all the documentation that they considered had some connection with the construction of the Catalan Treasury and with the organization of 1-O." After the search, they notified him that he was detained.

The case against both, prosecuted for crimes that carry prison sentences - disobedience, prevarication and embezzlement - was reactivated last week after being paralyzed for a year and a half and now faces its final stretch. The TSJC sent a letter last week to notify them of the end of the investigation. The next steps will be for the instructor to dictate the order of conclusion of the summary and ask the Prosecutor's Office to send the indictment against both. The Public Ministry has the document ready and plans to send it next month, according to judicial sources.