Josep Borrell: "It's time to resist, we can't shrink now"

The applause for the courage of the Ukrainian people almost resounded in the European Parliament when Josep Borrell sat down with La Vanguardia to talk about the two great issues, with the permission of the British monarchy, of current European affairs: Ukraine and energy. 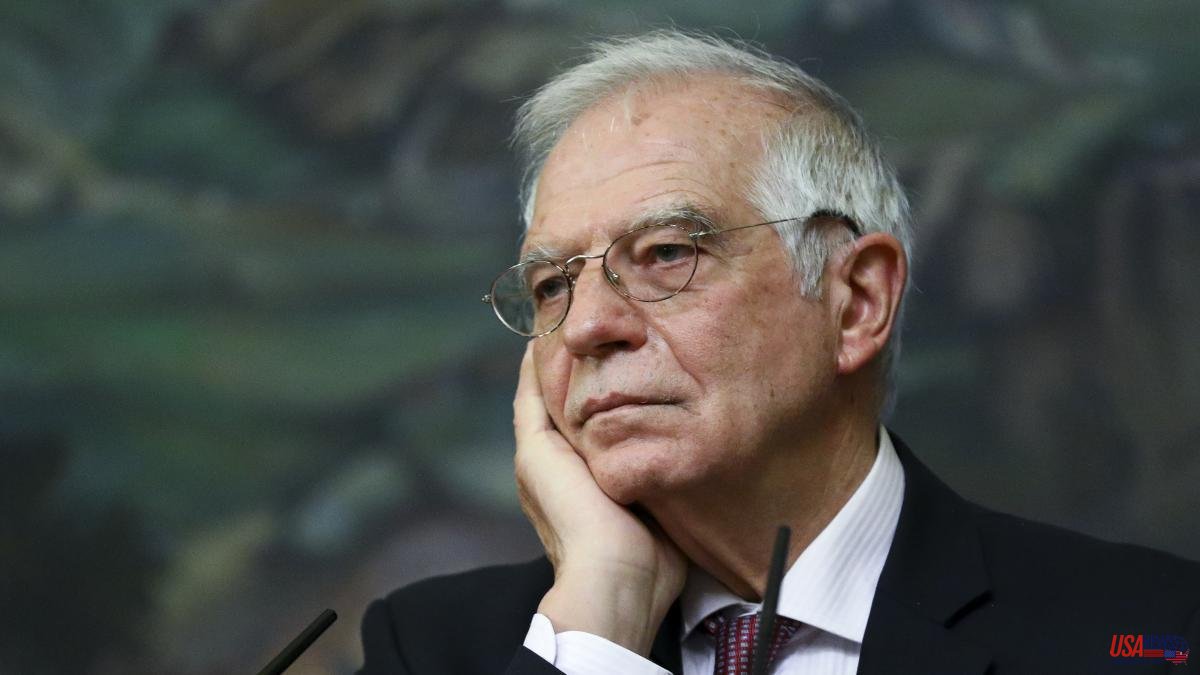 The applause for the courage of the Ukrainian people almost resounded in the European Parliament when Josep Borrell sat down with La Vanguardia to talk about the two great issues, with the permission of the British monarchy, of current European affairs: Ukraine and energy. The war "has entered a new phase," says the High Representative for Foreign Affairs of the European Union, concerned that citizens understand what is at stake.

How do you interpret the latest Ukrainian military victories?

What is happening now in Ukraine proves us right and justifies the strategy we are following: military support so that it can defend itself, sanctions on the Russian economy to weaken it, and diplomacy to isolate Russia. The third thing nobody bothers but there are many people against the other two decisions. And those people – in Europe, in Spain, in my socioeconomic environment – ​​told us that what we are doing is useless, that we are prolonging the war artificially, that they had better surrender now… We have always said that resistance must be made possible because it is a way of solving the problem and what is happening now proves us right.

And the ordinary citizen?

The message that we must resist is addressed to Europeans. It is time to resist the consequences that the war has and will have for us, which can be seen in the prices of energy and food. It is something that takes time but what we are playing for is very important. But it is true that it is not enough to tell Europeans that they must sacrifice themselves. The Ukrainian is clear why, but perhaps you have to give the lord of my town a good reason.

Is the end closer?

People tell me that they want the war to end now. But how? It must be finished well so that later peace can be built. People don't sit down to negotiate if they don't need to. What we have to do is make sure Ukraine is in the best possible condition when the time comes. But that takes two, and so far Putin clearly didn't want to negotiate. Now the big question that all the intelligence services are asking themselves is what they are going to do after this lost battle. Will he understand that he is too hard a nut to crack and will he fold sails and seek an agreement? Or will he react furiously?

What do you think?

At the moment, what we are seeing is the second, a resurgence of attacks. Bombings aimed at destroying the electricity infrastructure to look for a big blackout. Therefore, let's not throw the bells on the fly. Wars are unpredictable. This has gone well for the Ukrainians but we'll see tomorrow. They need more than applause, what they need is for us to continue helping them.

Russia demands to lift the sanctions to reopen the gas tap. Are you admitting that they hurt?

Of course they are working and they do damage. The sanctions matter but they must be maintained over time.

When the time comes to renew them, it is likely that in the Italian government there will be extreme right-wing parties that are pro-Putin and opposed to the EU's strategy. Is it possible to renew them?

Right now we already have Viktor Orbán inside, who has been saying all summer that the sanctions are a shot in the foot and that they have to be lifted. Then he goes to Moscow to ask for gas and they give it to him, of course. But Hungary has always approved of sanctions. We have exquisite respect for the elections of all countries and we only value decisions after they are made.

But if a country as big as Italy arises to hide behind, how many more Orbán will appear?

It is evident that all such different ideological positions make consensus difficult, but so far we have achieved it. All the sanctions have been approved unanimously and I believe that European unity is not going to crumble. It is time to resist, we must not wrinkle.

Brussels has only now reacted to the clamor for measures to ease energy prices.

Spain and I, as the Spanish Commissioner, have been asking since September 2021 for the price of electricity to be decoupled from that of gas. This year a fix was achieved for Spain and Portugal but there was still a lot of resistance. Now they have expired and the president has said with all the letters that she is going to propose a pricing system to replace the current one, because it is no longer valid.

It cost, yes. But until we have this new system, we propose a measure like what the Spanish government proposed from the beginning, to intervene in the market and say that certain prices are not going to be paid. Here in Europe, intervening in the markets does not have good press. There is resistance to doing so because there is great faith that they work.

Has a year been lost?

No, a year has been invested in convincing those who did not see it clearly. It has not been possible to act until the damage has been so intense that even those who say that the market must be allowed to function have had to admit that it is producing a social distortion that is unacceptable.