Joselu, the new idol of Espanyol

Hard-working and successful on the field, Joselu Mato (32 years old) finished putting the Espanyol fans in the pocket with his goal against Barça and especially with his celebration. 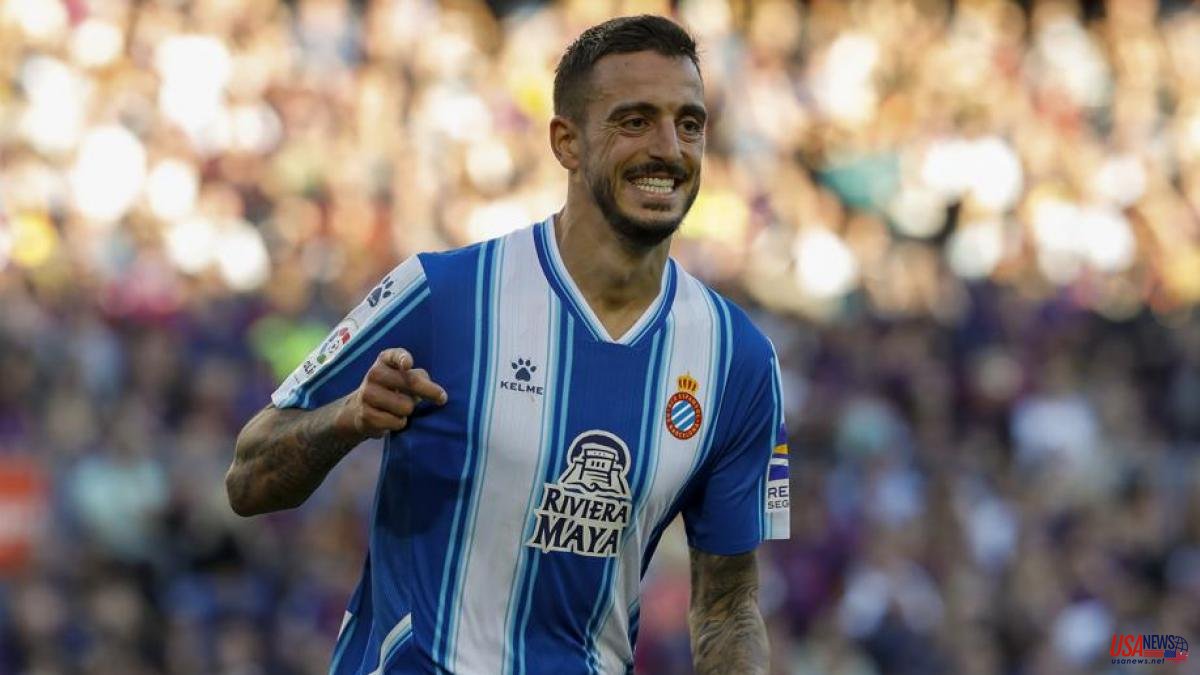 Hard-working and successful on the field, Joselu Mato (32 years old) finished putting the Espanyol fans in the pocket with his goal against Barça and especially with his celebration. The silence that he demanded with his index finger from the fans of the Camp Nou is now inversely proportional to the high decibels of support that he awakens in the stands of the RCDE Stadium when his name is mentioned.

Starting substitute in the long-suffering Cup qualification against Celta, the fans roared when the Galician striker entered the field in the final stretch of the game. Not even captain Darder deserved such an ovation with his entry onto the pitch. In addition to his gesture against his eternal rival, his parakeet significance, expressed once again in words after the duel against the blaugrana, has finished assembling the perfect communion between the blue and white parish and the one born in Stuttgart. His name is already common among the chants of the fans.

As if that were not enough, his sporting performance is more than justifying his signing last summer after the end of his contract with Alavés. The nine goals that he has scored in 18 games have made the team's previous reference in attack, Raúl de Tomás, forget for the moment, a task that many doubted. Unlike the man from Madrid, who is often controversial and generates debates, the new striker, the team's third captain, has achieved unanimity in Spanishism despite having, in theory, less potential and quality than his predecessor.

With Darder being a doubt due to discomfort, everything indicates that today against Girona (9:00 p.m.), in the other Catalan derby, Espanyol will be Joselu and ten others, with the permission of Melamed's good moment. The parrots that come to Cornellà will have a new opportunity to profess their love for the striker.

And if on an individual level the Galician is one of the proper names, on a collective level the team is also going through a sweet moment, reversing the feeling of disappointment before the break due to a state of optimism achieved thanks to the performance of the team in the last two matches. Both against Barça and against Celta, Espanyol could have lost, but the competitiveness and success in decisive moments allowed the Blue and Whites to survive. Quite the opposite of what happened in the matches before the World Cup.

"The other day we lived an incredible connection with our people (...) The state of mind is very good, the confidence of this team is always optimal beyond the result," said the Spanish coach, Diego Martínez, yesterday about the moment of the team. However, the numbers do not fail and the descent is still one point away. In front will be a Girona that arrives without emergencies, in the quiet zone of the League table, and that has been a regular executioner for Espanyol on their visits to the RCDE Stadium.

Consult all the results of Espanyol in the Santander League.