José Sacristán and the sardines

José Sacristán was splendid, radiating happiness and humility, in the tribute that the Acadèmia del Cinema Català, chaired by Judith Colell, gave him yesterday within the framework of a brotherhood with the Spanish Academy to pay tribute to its honorary winners. 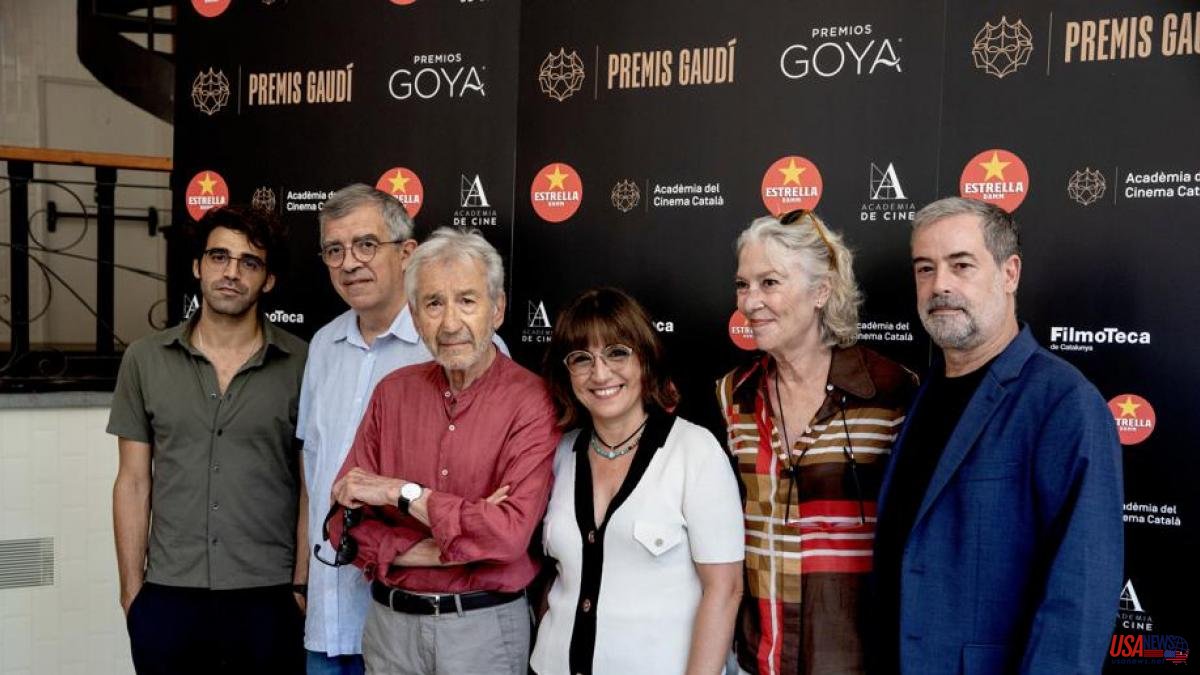 José Sacristán was splendid, radiating happiness and humility, in the tribute that the Acadèmia del Cinema Català, chaired by Judith Colell, gave him yesterday within the framework of a brotherhood with the Spanish Academy to pay tribute to its honorary winners. If the veteran actor from Chinchón took advantage of the occasion to have a relaxed chat with David Verdaguer at the Old Estrella Damm Factory and later presented his film El muerto y ser feliz (Javier Rebollo, 2012) at the Filmoteca, for which he won his The only 'big head' as the leading actor, the director of photography Tomàs Pladevall, Honorary Gaudí, did the same via streaming with the president of the Academy, Fernando Méndez-Leite, as recalled by the actress Susi Sánchez, second vice president of the institution Madrid.

Up close, nobody would say that Sacristán will turn 85 on September 27. Jovial in appearance, with his unmistakable voice and with no plans to retire from the cinema or the theater, he considers that "he would be miserable if he put any objection" to his personal and professional moment. "Luck is with me, people come to see me and health ... fucking good," he said to the four winds.

The interpreter, who was one of the founders of the Academy 36 years ago, represents the play 'Lady in Red on a Gray Background', based on the novel by Miguel Delibes, at the Romea Theater until October 2, and enjoys the “ privilege that the public pays attention to everything I do, which involves an obvious and careful joie de vivre”.

During the conversation with Verdaguer he recalled his relationship with Catalonia, his performances in the aforementioned Romea, Villarroel, Poliorama or the Grec shows and when in 1961 he saved up to try a fashionable tonic “and I didn't like it”. Of course, the salary for getting on stage "has been getting better and better." She also spoke wonders of the friendship that she was born in Catalan lands with Eduardo Mendoza. And of the more than six decades of profession, what he misses are his missing friends, such as Fernán Gómez, José Sámano or Alfredo Landa, who used to say that "if there is no sardine, the seal will not go", alluding to the fact that At this point in the film “if a director asks me to have a bad time in order to do it well, I say no”.

And in the end it all comes down to “telling a story”. And Sacristán enjoys playing at telling the story “and the public believes it”. But that commitment as an actor "should not exempt me from my commitment as a citizen." “We are not the makers of history. And from this, you have to have the lucidity of the loser. That is what the artist has to have. Knowing that you are going to die surrounded by sons of bitches, but going out every day to fight the battle of dignity, knowing that you are not going to win the war.” That is why he defines himself as a “melancholic optimist”. Job offers are not lacking and he emphasizes that with 'Lady in red on a gray background' “I feel happy. So if it's the last thing I do... motherfucking!"