José Mourinho shows off his tattoo: the trophies of the three European competitions

José Mourinho continues to show why he is known as The Special One. 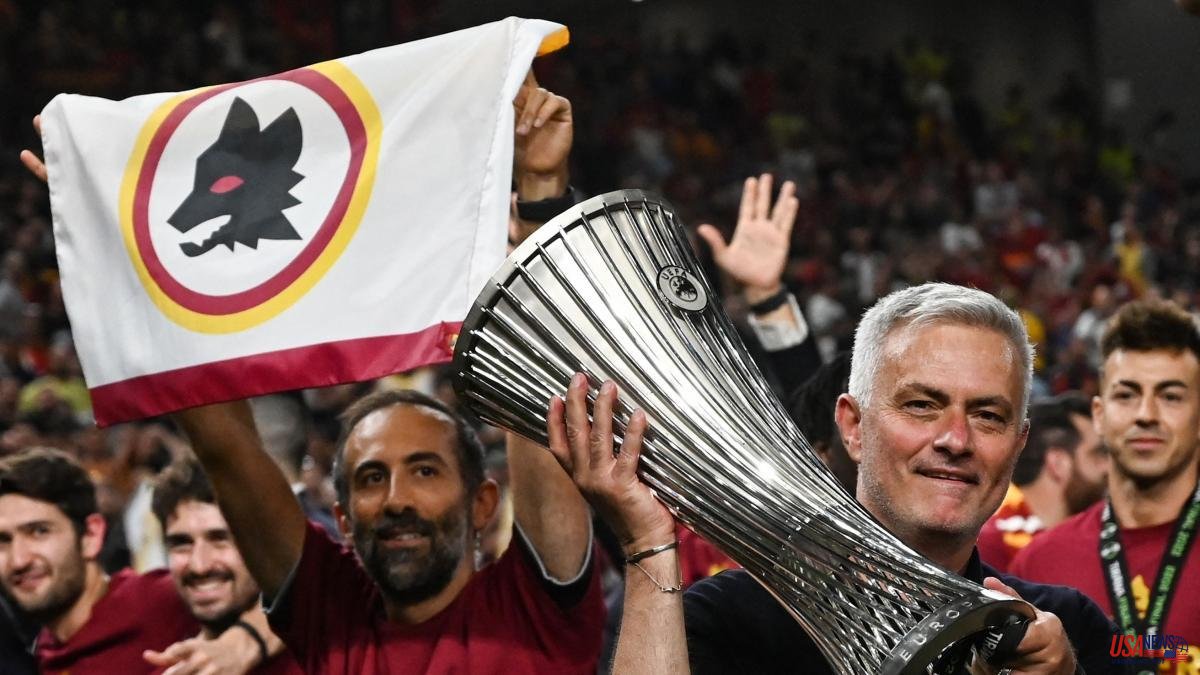 José Mourinho continues to show why he is known as The Special One. Only one special person is capable of winning the three major European club championships: the Champions League, the Europa League and the recently created Conference League. At the moment, he is the only one who has achieved it, although the Conference just premiered last year. He himself has been in charge of remembering it, both to himself and to others, embodying the three trophies on his right arm and showing it on social networks.

Two Champions, one with Porto in 2004 and another with Inter Milan in 2010; two Europa League, with Porto in 2003 and Manchester United in 2017; and a Conference, in 2022 with Roma. "The joy of the Roman people led me to do it," Mourinho assured when presenting his tattoo on his social networks. "I thought of something special, something that would honor all the clubs with which I won European competitions. At the same time I wanted a unique tattoo, one that, until now, only I can have," added the Portuguese, recalling that no one else has achieved the feat of conquering the three great titles in Europe.

At 59 years old, the Setúbal coach refuses to stop doing what he has done best throughout his career as a coach: win titles. Many of his detractors criticize his tactical book for being outdated and his way of managing the locker room and what surrounds him, but the truth is that last season he has achieved European glory again (a minor one, but glory after all) and has brought Roma a continental title for the first time in the club's history.

Looking ahead to next year there is great optimism in the Italian capital. The giallorossi is strengthening well this summer. Nemanja Matic, Zeki Celik and Mile Svilar have arrived, to whom will be added, in the absence of official confirmation, Paulo Dybala, who was released after completing his contract with Juventus and, according to Italian media, has already confirmed his intention to the Portuguese to join your club. Ranked sixth last season in Serie A and Conference League champions, they will play the Europa League in the 2022/23 season. José Mourinho will try to improve the performance of the team in the league and stalk Milan, Inter, Juventus and Napoli, the four great dominators of the calcium.